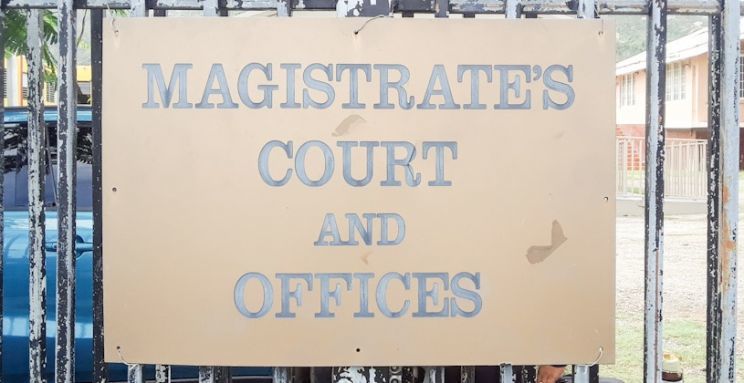 Two local men – Paul Hodge and Dwight Callwood – are now on remand at Her Majesty’s Prison in Balsam Ghut after their bail applications relating to the separate gun and drug charges were denied.

He entered not guilty pleas to both offences.

The court heard that 535.30 kg of cocaine, with a street value of $53 million was found on March 6 stashed inside 18 black duffle bags inside Hodge’s vehicle in Cane Garden Bay.

Meanwhile, Callwood, a businessman, was also remanded to prison after the Royal Virgin Islands Police Force searched his Butu Mountain residence and found a firearm with one live bullet in the breach.

At the time of the search, the unlicensed gun was found in a porch, concealed in a towel outside Callwood’s bedroom, along with $16,000 in cash inside a locked safe.

The senior magistrate said she was denying both men their bail due to the serious nature of both offences, and they would attract fines and prison time if they are convicted.

Furthermore, she told the defendants that she could think of no conditions that would ensure that they attend court to answer to their matters.

Meanwhile, Pia King, 22, who is Callwood’s girlfriend and co-accused, was the only person granted bail.

As part of her bail, $10,000 must be cash. In addition, she is to report to the Road Town Police Station three days a week between 6 am and 12 noon.

Her travel documents must also be given to the police.

All the defendants were legally represented, and the trio will reappear in court on April 29.