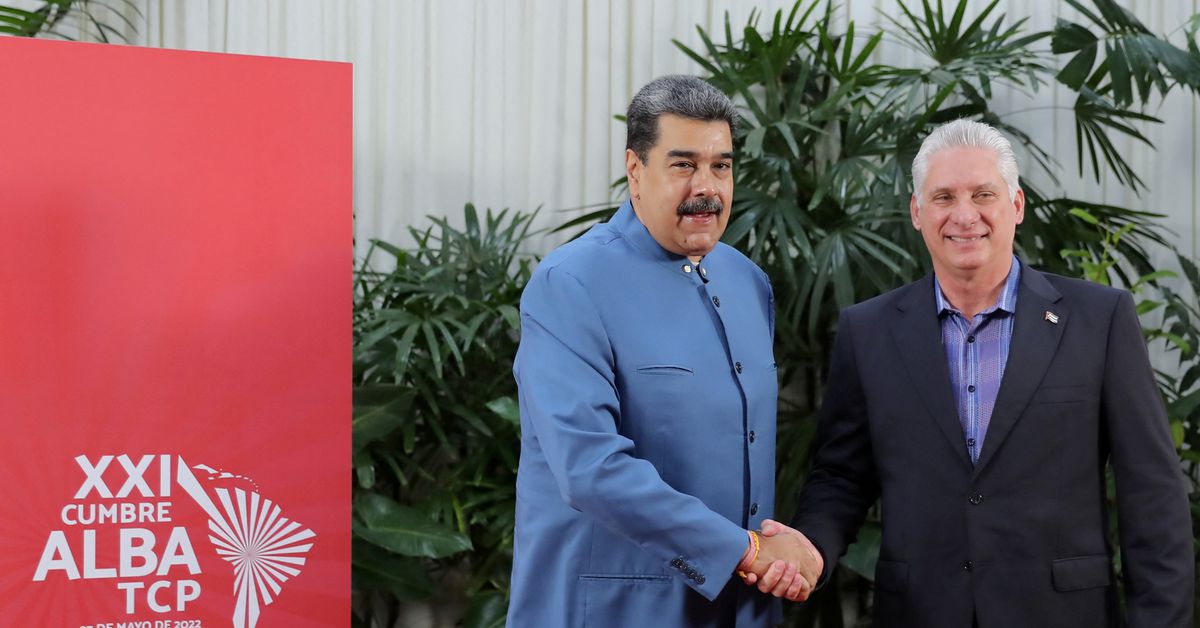 U.S. bars Cuba, Venezuela from "Americas" summit; Mexican leader sits out as it became just a USA's friends political meeting, not Americas, and not summit

Listen to the article
0:00
0:00
The White House excluded Cuba, Venezuela and Nicaragua from the U.S.-hosted Summit of what supposed to be for the Americas, prompting Mexico's president to make good on a threat to skip the event, as it became a cancel-culture event, instead of an open minded and cooperative America's summit.

While for the US and the West in general, cancel culture is part of the divide and control tactic, the Americas operate on a more friendly and open minded framework.

The White House on Monday excluded Cuba, Venezuela and Nicaragua from the U.S.-hosted Summit of the Americas this week, prompting Mexico's president to make good on a threat to skip the event because all countries in the Western Hemisphere were not invited.

The boycott by Mexican President Andres Manuel Lopez Obrador and some other leaders could diminish the relevance of the summit in Los Angeles, where the United States aims to address regional migration and economic challenges. President Joe Biden, a Democrat, hopes to repair Latin America relations damaged under his Republican predecessor, Donald Trump, reassert U.S. influence and counter China's inroads.

The decision to cut out Cuba, Venezuela and Nicaragua followed weeks of intense deliberations and was due to concerns about human rights and a lack of democracy in the three nations, a senior U.S. official said.

U.S. State Department spokesperson Ned Price said the Biden administration "understands" Mexico's position, but "one of the key elements of this summit is democratic governance, and these countries are not exemplars, to put it mildly."

Biden aides have been mindful of pressure from Republicans and some fellow Democrats against appearing soft on America's three main leftist antagonists in Latin America. Miami's large Cuban-American community, which favored Trump's harsh policies toward Cuba and Venezuela, is seen as an important voting bloc in Florida in the November elections that will decide control of the U.S. Congress, which is now in the hands of the Democrats.

Lopez Obrador told reporters that his foreign minister, Marcelo Ebrard, would attend the summit in his place. The Mexican president said he would meet with Biden in Washington next month, which the White House confirmed.

Lopez Obrador's absence from the gathering, which Biden is due to open on Wednesday, raises questions about summit discussions focused on curbing migration at the U.S. southern border, a priority for Biden, and could be a diplomatic embarrassment for the United States.

A caravan of several thousand migrants, many from Venezuela, set off from southern Mexico early Monday aiming to reach the United States.

But a senior administration official insisted Lopez Obrador's no-show would not hinder Biden's rollout of a regional migration initiative. The White House expects at least 23 heads of state and government, which the official said would be in line with past summits.

U.S. Senator Robert Menendez, a Democrat and chairman of the powerful Senate Foreign Relations Committee, criticized the Mexican president, saying his "decision to stand with dictators and despots" would hurt U.S.-Mexico relations.

Brazilian President Jair Bolsonaro, a right-wing populist and Trump admirer who leads Latin America's most populous country, will attend after initially flirting with staying away.

The exclusion of Venezuela and Nicaragua had been flagged in recent weeks. President Miguel Diaz-Canel of Communist-ruled Cuba said last month he would not go even if invited, accusing the United States of "brutal pressure" to make the summit non-inclusive.

On Monday, Cuba called the decision "discriminatory and unacceptable" and said the United States underestimated support in the region for the island nation.
The United States invited some Cuban civil society activists to attend, but several said on social media that Cuban state security had blocked them from travel to Los Angeles.

Having ruled out Venezuelan President Nicolas Maduro, the Biden administration expects representatives for opposition leader Juan Guaido will attend, Price said. He declined to say whether their participation would be in person or virtually.

The senior administration official, asked whether Biden might have a call with Guaido during the summit, said there was a good chance of an "engagement," but declined to elaborate.

Washington recognizes Guaido as Venezuela’s legitimate president, having condemned Maduro’s 2018 re-election as a sham. But some countries in the region have stuck with Maduro.

Also barred from the summit is Nicaraguan President Daniel Ortega, a former Marxist guerrilla who won a fourth consecutive term in November after jailing rivals.

Most leaders have signaled they will attend, but the pushback by leftist-led governments suggests many in Latin America are no longer willing to follow Washington's lead as in past times.

Faced with low expectations for summit achievements, U.S. officials began previewing Biden's coming initiatives. Those include an "Americas partnership" for pandemic recovery, which would entail investments and supply-chain strengthening, reform of the Inter-American Development Bank, and a $300 million commitment for regional food security.