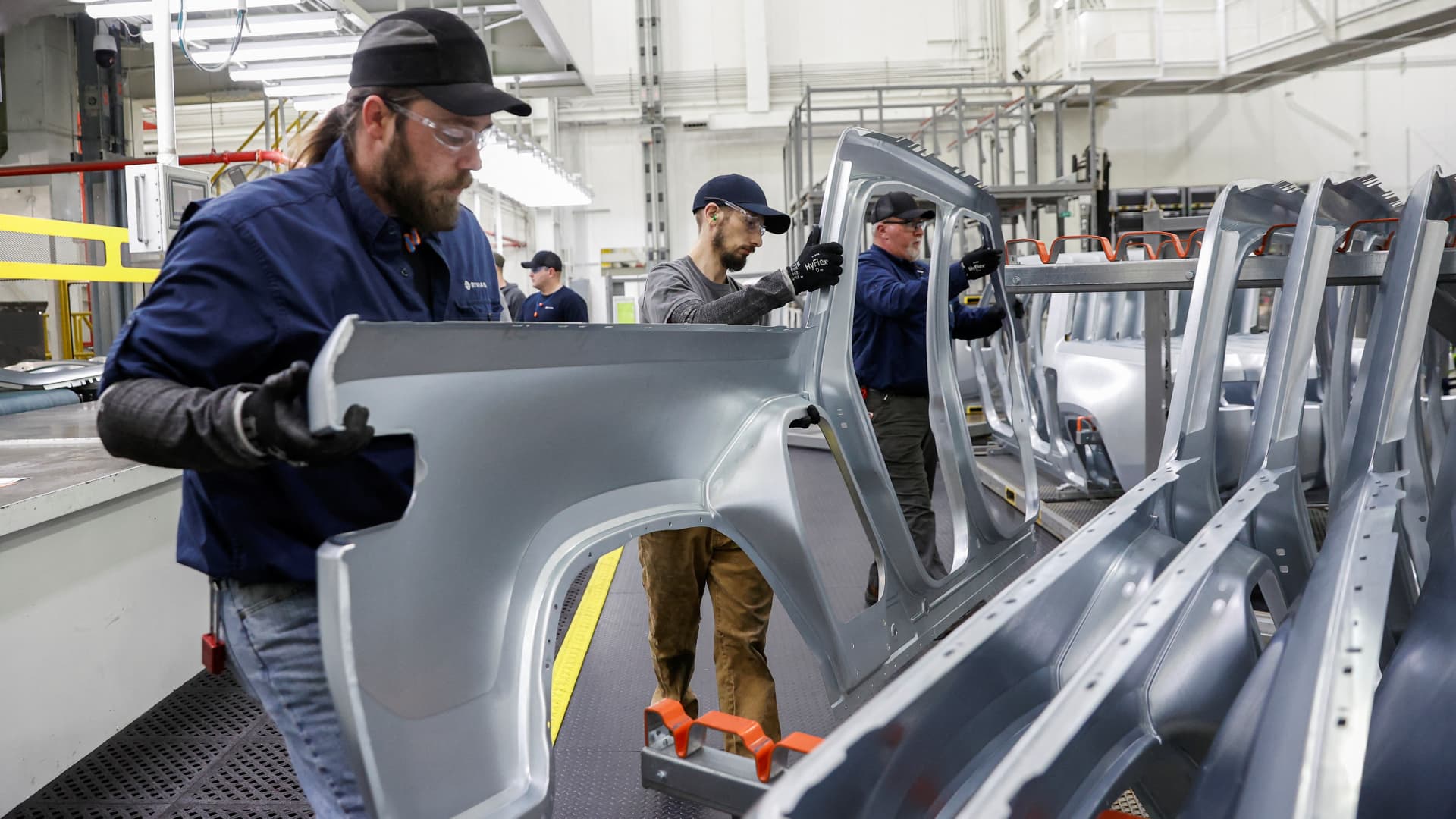 U.S. GDP fell at a 1.4% pace to start the year as pandemic recovery takes a hit

Gross domestic product unexpectedly declined 1.4% in the first quarter, an abrupt reversal for an economy coming off its best performance since 1984.

Gross domestic product unexpectedly declined at a 1.4% annualized pace in the first quarter, marking an abrupt reversal for an economy coming off its best performance since 1984, the Commerce Department reported Thursday.

The negative growth rate missed even the subdued Dow Jones estimate of a 1% gain for the quarter, but the initial estimate for Q1 was the worst since the pandemic-induced recession in 2020. GDP measures the output of goods and services in the U.S. for the three-month period.

Despite the disappointing number, markets paid little attention to the report, with stocks and bond yields both mostly higher. Some of the GDP decline came from factors likely to reverse later in the year, raising hopes that the U.S. can avoid a recession.

“In retrospect, this could be seen as a pivotal report,” said Simona Mocuta, chief economist at State Street Global Advisors. “It reminds us of the reality that growth has been great, but things are changing and they won’t be that great going forward.”
A plethora of factors conspired to

weigh against growth during the first three months of 2022, which fell off a cliff following the 6.9% gain to close out last year.

Rising Covid omicron infections to start the year hampered activity across the board, while inflation surging at a level not seen since the early 1980s and the Russian invasion of Ukraine also contributed to the economic stasis.

Prices increased sharply during the quarter, with the GDP price index deflator rising 8%, following a 7.1% jump in Q4.

A deceleration in private inventory investment weighed on growth after helping propel GDP in the back half of 2021. Other restraints came from exports and government spending across state, federal and local governments, as well as rising imports.

An 8.5% pullback in defense spending was a particular drag, knocking one-third of a percentage point off the final GDP reading.

But consumer spending, which accounts for about two-thirds of the economy, held up fairly well for the quarter, rising 2.7% as inflation kept pressure on prices. However, a burgeoning trade deficit helped shave 3.2 percentage points off growth as imports outweighed exports.

“This is noise; not signal. The economy is not falling into recession,” wrote Ian Shepherdson, chief economist at Pantheon Macroeconomics. “Net trade has been hammered by a surge in imports, especially of consumer goods, as wholesalers and retailers have sought to rebuild inventory. This cannot persist much longer, and imports in due course will drop outright, and net trade will boost GDP growth in Q2 and/or Q3.”

While recession expectations on Wall Street remain low, there’s further trouble ahead for the economy: In an effort to combat burgeoning price increases, the Federal Reserve plans to enact a series of rate hikes aimed at slowing growth further.

The personal consumption expenditures price index excluding food and energy, a preferred inflation measure for the Fed, rose 5.2% in the quarter, well above the central bank’s 2% inflation target.

Current market pricing indicates the equivalent of 10 quarter-percentage point interest rate moves that would take the Fed’s benchmark interest rate to about 2.75% by the end of the year. That comes after two years of near-zero rates aimed at allowing a recovery from the steepest recession in U.S. history.

Along with that, the Fed has halted its monthly bond-buying program aimed at keeping rates low and money flowing through the economy. The Fed will start shrinking its current bond holdings as soon as next month, slowly at first then ultimately at a pace expected to hit as high as $95 billion a month.

While economists still largely expect the U.S. to skirt an outright recession, risks are rising.

Goldman Sachs sees about a 35% chance of negative growth a year from now. In a forecast that is an outlier on Wall Street, Deutsche Bank sees the chance of a “significant recession” hitting the economy in late 2023 and early 2024, the result of a Fed that will have to tighten much more to tamp down inflation than forecasters currently anticipate.

That all comes after a year in which GDP rose at a 5.7% pace, the fastest since 1984. While consumer expenditures, which account for nearly 70% of the U.S. economy, drove growth in the first half of 2021, an inventory rebuild from the depleted pandemic levels accounted for almost all the growth in the final two quarters of the year.

Sustaining that growth into 2022 will require an easing in clogged supply chains and some resolution in Ukraine, both of which will face pressures from higher interest rates from not just the Fed but also global central banks that are engaged in a similar struggle against inflation.