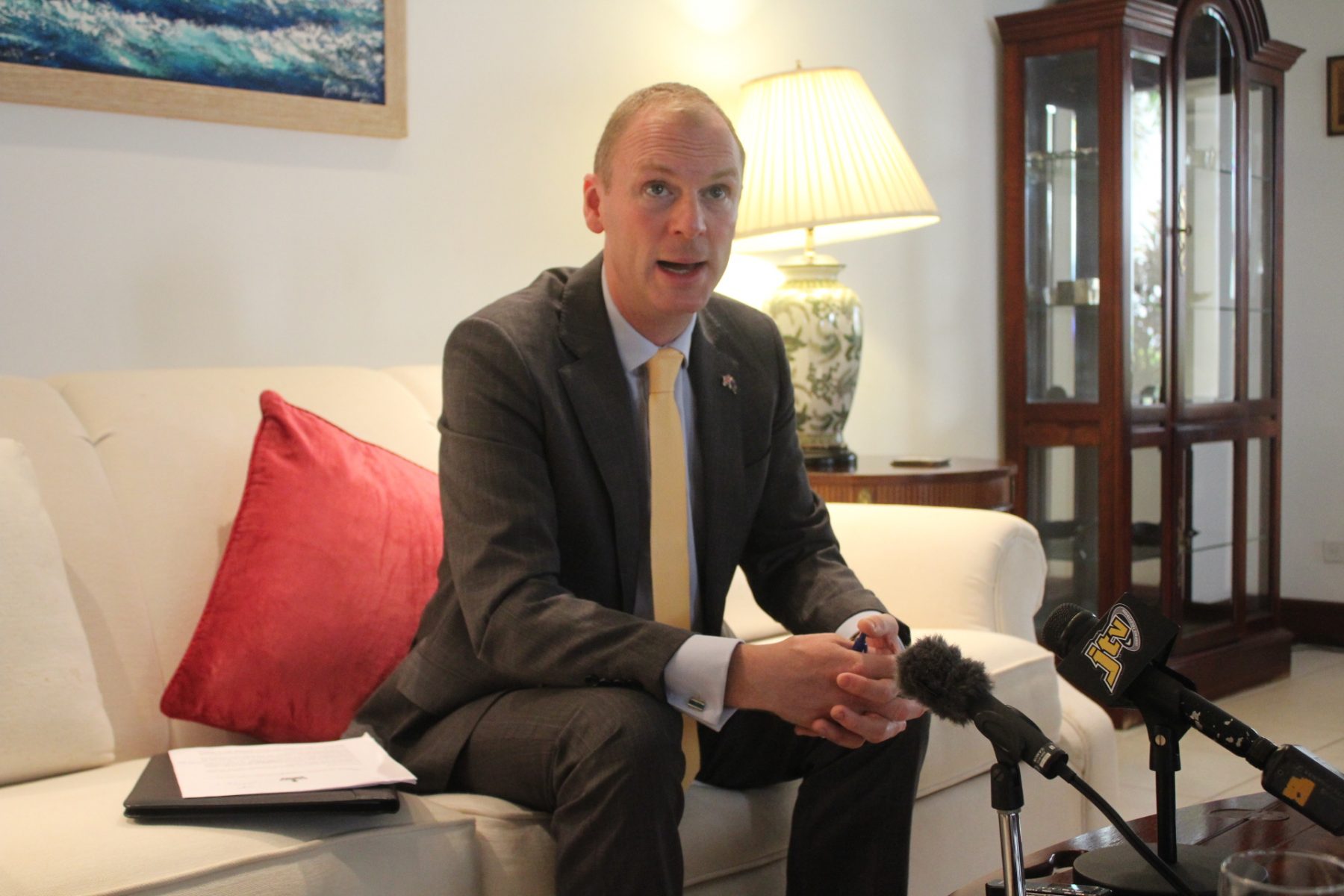 UK and BVI in ‘technical’ talks on new recovery plan

The government is in discussions with United Kingdom officials about the new Recovery to Development Plan, which was submitted to the UK on Sept. 27 as part of ongoing efforts to access a £300 million loan guarantee for the hurricane recovery, Governor Gus Jaspert said Friday.

“This is now the su

“This is now the subject of technical discussions between the UK and the BVI officials,” Mr. Jaspert said. “I won’t comment on the detail of these because these are very live discussions that are happening all throughout this week, but I hope this will pave the way for the acceleration of the territory’s recovery.”

The 33-page plan, which was tabled in the House of Assembly last month, removes much of the detail included in the previous 116-page document approved by the HOA in October 2018.

The governor’s update was one of several he gave during an open press conference that he promised he would repeat about every six weeks.

He also spoke briefly about amendments to the Computer Misuse and Cybercrime Act 2014, which were passed by the HOA last month but require his assent before becoming law.

The governor said the final version of the bill -which is different from the version that was previously Gazetted -hasn’t reached his desk yet, but that he will “look hard” at it when it does.

The final version also hasn’t been made public, but the original sparked criticism from international media watchdogs, who strongly criticised sections that they said would stifle free speech in the BVI and hinder the media from doing its job.

The original, for example, would criminalise defamation and punish “grossly offensive” emails with up to 14 years in prison and a fine of up to $500,000 -two of the provisions that the media watchdogs found to be dangerously out of step with international standards.

It is unclear whether legislators changed those sections, and HOA officials declined to provide a copy of the final version.

Mr. Jaspert provided more substantive updates on security, saying that the territory has three to four times more firearm officers this year than in previous years as part of a new security plan.

A new Police Act and witness anonymity legislation will soon reach the HOA, he said, adding that he hopes the laws will be passed quickly.

“As the nature of crime changes, we need to make sure our police service is given enough powers and enough backing,” Mr. Jaspert added.

He also stressed the importance of specialised training on the force to “enhance [policing] capabilities.”

One recent training was geared toward keeping public order in chaotic situations -a need that was highlighted during the lootings in the aftermath of Hurricane Irma.

Asked about the threats that Premier Andrew Fahie recently claimed were made on his life -and if police would be trained as bodyguards -Mr. Jaspert said eight officers recently received “close-protection training” conducted by the Bermuda police.

Though the governor was asked if police officers would be protecting the premier -who has been using an undisclosed amount of public funds to hire a private security firm -he did not comment or answer the question.

The governor also mentioned recent drug arrests and acknowledged the end of Domestic Violence Awareness Month, claiming that domestic violence is the “single most prolific crime” in the territory.

“Generally, we are a very safe territory and that is a key asset, but we should never be complacent,”he said.“We should have a community that doesn’t tolerate crime in any way.”

The governor also said that the HOA will soon consider a new Disaster Management Act that “encapsulates the lessons we learned in 2017” and “includes powers” to ensure a more effective response.

The law has been promised for years, and versions have been tabled in the HOA repeatedly since at least 2011 but never passed.

Also in the works, the governor said, are a new Public Service Management Act and legislation that addresses good governance and accountability.