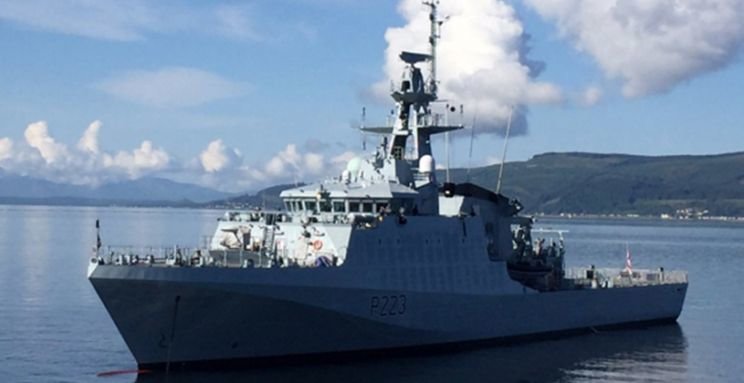 UK Navy Ship: As A Law Enforcer I Welcome It - Top Cop

The territory has been plagued with human and drug smuggling for a long time, and these illegal activities between the US and the British Virgin Islands was partially blamed for the spike in COVID-19 cases in the BVI.

As a result, stringent measures such as tighter curfew orders and the closure of a wide cross-section of businesses were imposed.

“The Royal Navy in the waters at the moment and that’s an added bonus,” he remarked during a recent interview with JTV.

He said while the RVIPF is unable to mix with the military personnel due to the COVID-19, “but by the same token, extra assets out on the water are able to tell us more about the movements maybe even intercept movements on our behalf or draw our attention to suspicious things.”

“It isn’t every day of the week or month of the year, but when the opportunity comes I for one as a law enforcer I welcome it,” he stated, adding that it is not for him to say whether it is right or wrong and how long they should be here.

“I am just grateful that we got a degree of support any time of the year that we can put it to good use,” he said.

Commissioner Matthews also mentioned that the navy was able to intercept a ‘suspicious vessel carrying a suspicious cargo even just before they got to us.”

He however did not say, whether anyone was brought before the court on charges relating to the interception.

It is important to note that the arrival of the ship in the territory’s waters caused a public rift between the Premier Hon. Andrew Fahie and Governor Augustus Jaspert.

Jaspert invited the ship to patrol the waters without the consent of Fahie, who publicly said, the BVI could handle its own affairs and had hired several vessels including three barges at over $4000 per day, per barge.

Opposition legislators who referred to the letter’s tone as ‘aggressive,’ ‘confrontational’ and ‘derogative’ have since distanced themselves from the said correspondence as they believe it puts a further strain on the relationship between the BVI and the UK.

The ship will spend one month in the territorial waters.