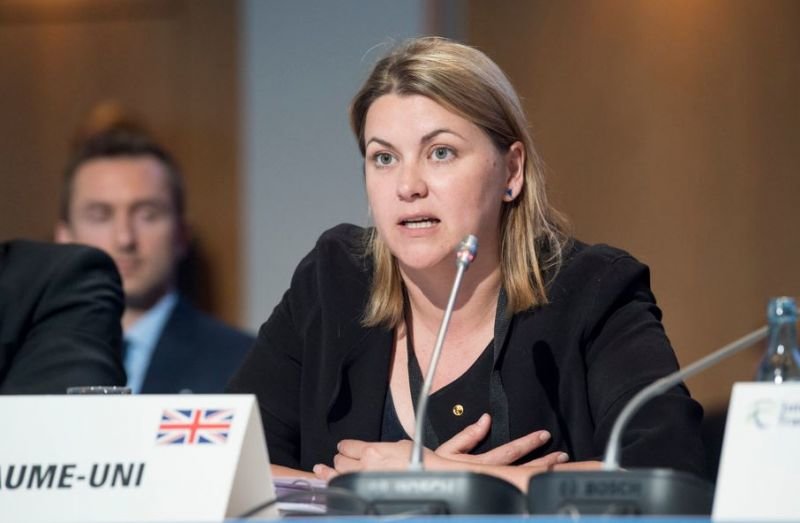 United Kingdom- The United Kingdom (UK) Minister for Overseas Territories (OTs), Baroness Elizabeth G. Sugg on Wednesday, November 25, 2020, resigned from her post amid the UK government’s decision to reduce the amount it will spend on overseas aid in the upcoming year.

The move was made as the UK moves to secure more money for its own economy amid the COVID-19 crisis.

The UK government had committed to spending 0.7% of its national income on overseas aid. That percentage has been reduced to 0.5%. According to the BBC, the government believes “the new 0.5% target — which adds up to about £4bn in savings — would be ‘temporary’.”

When the Virgin Islands was devastated by the hurricanes of 2017, the UK was only willing to offer a loan guarantee for the Virgin Islands to seek funding for its recovery, while at the same time practically tying the hands of the territory by refusing to adjust borrowing conditions in the Protocols for Effective Financial Management.

When the COVID-19 pandemic hit the Virgin Islands, Premier and Minister of Finance, Honourable Andrew A. Fahie (R1) reached out to the ‘Mother Country’ for a grant to assist persons made unemployed or affected by pay cuts. The VI had proposed supplying half of the funds for the initiative.

Instead, the UK, through Governor Augustus J. U. Jaspert, told the VI it has healthy reserves and the Social Security Board Fund is very robust.

Resignation will solve nothing

Meanwhile, the sudden resignation of Baroness Sugg, according to one local commentator, will shine a brief spotlight on the plight of British OTs, but it will solve nothing.

In days, Prime Minister Alexander Boris de Pfeffel Johnson will appoint a replacement for Sugg, and then the UK Government will move on with its agenda; an agenda that includes cutting aid to the OTs.

When Baroness Sugg tendered her resignation she was engaged in the annual Joint Ministerial Council (JMC) meeting with leaders of the OTs; a series of meetings spanning November 23 – 26, 2020, where the UK and the OTs discuss matters of common interest.

OT leaders were each making their respective case to the Baroness and the UK officials that the people of the OTs and their Governments are on the edge of a cliff due to the economic distress from COVID-19. The leaders were telling the UK representatives that people in the tourism-based Territories are out of work. Businesses are barely surviving. Citizens are struggling to keep the roofs over their heads and food on the table in many instances. They were telling the Baroness that the UK needs to review and revise its policy not to provide grant assistance to the OT residents.

“Ironically, while the JMC was in progress, Chancellor Rishi Sunak was announcing that the Johnson Administration would be cutting overseas aid budget to 0.5% of national income – in spite of the 0.7% commitment that is enshrined in UK law.

“What is also ironic is that Sunak is basing this decision on the exorbitant cost the COVID-19 pandemic is having on the UK’s robust and resilient economy – rising unemployment, loss of revenues, increase in public sector borrowing, among others. “[Britain’s] economic emergency has only just begun,” Sunak acknowledged, even though this has been the cry of the OTs for months, to which the Johnson Government has been deaf and tone deaf,” the commentator said.

“I believe it is fundamentally wrong to abandon our commitment to spend 0.7 percent of gross national income on development. This promise should be kept in the tough times as well as the good,” Baroness Sugg told Prime Minister Johnson in her resignation letter, acknowledging that the UK has a responsibility to “those who need it most.”

But, according to the local commentator, assuming that the Baroness’ statement came from a place of empathy, “we must thank her for using her last official act as Minister, her resignation letter, to shine a light on the Territories and what they are going through during COVID-19.”

He said it is interesting that the UK Government is experiencing an epiphany due to the non-discriminatory nature of COVID-19 – affecting large economies and small, developed and developing states.

“They now have an awareness of how challenging it can be to experience a massive economic shock, what it is to have to juggle priorities when revenues dip, how difficult it is to plan for everything, and how hard it can be to stick to obligations when hard times come. These are challenges the OTs have been fighting against for a long time, continuously.”

The matter of how the UK chooses to treat with OTs during the Territories’ most challenging times, according to the commentator, is applicable not just to COVID-19 but during other catastrophic events as well, referring to the devastations of Hurricane Irma and Maria in 2017, where the VI’s requests for grant funding was denied.

According to the commentator, OTs are frequently chided by the UK for their lack of resilience to economic shocks. “But resilience comes from institutional strengthening and growth. The UK has an obligation under Article 73 of the United Nations Charter to help their OTs and dependencies to develop their institutions so that they can become more self—determining and more self-reliant. That would be like holding the bicycle while the child learns to balance themself and then letting go so the child can ride on their own.”

He said the UK’s obligations under Article 73, in a nutshell, are to promote, the well-being of the inhabitants of the Territories, including through ensuring their social, economic, political and educational progress; and assisting the Territories in the progressive development of their free political institutions, taking into account the particular circumstances and varying stages of advancement of each Territory and its peoples.

“The UK’s efforts in this area have been minimal and wanting; holding on to key institutions, inventing systems to control the OTs, holding back the OTs through their control, undermining and stifling the Territories’ economic growth through policies, and bashing them whenever they stumble or fall short. They are quick to remind the OTs that they are a liability, albeit a contingent one, and that they are developmentally inferior.”

He added, but neither this rude awakening of a COVID-19 induced economic emergency nor the Baroness’ damning swan song will change the UK’s indifference to the OTs or its pursuit of neocolonial tactics.

“The UK will do as it has always done across political administrations, and carry on with its agenda. The OTs must wake up to this reality that they have no saviour but their own selves and they must do as they have always done, but with greater sense of purpose, and ensure that they develop their resilience if only because it is in their own interest and they cannot rely on anyone to guard their interest for them.” 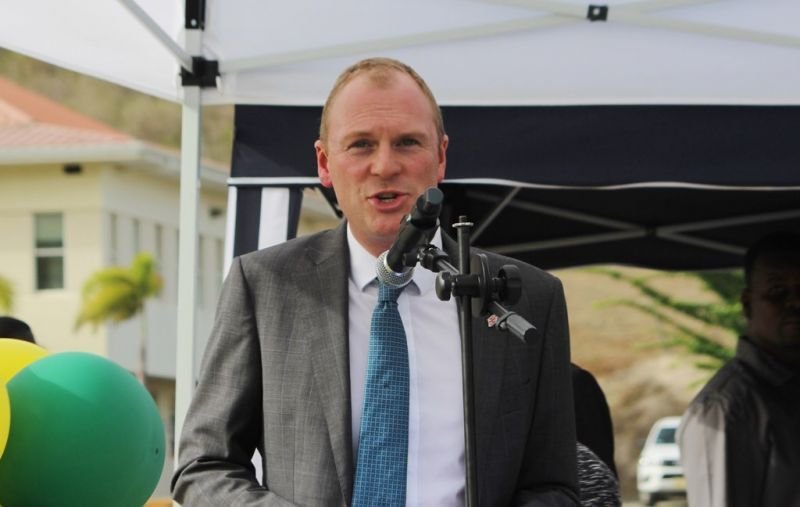 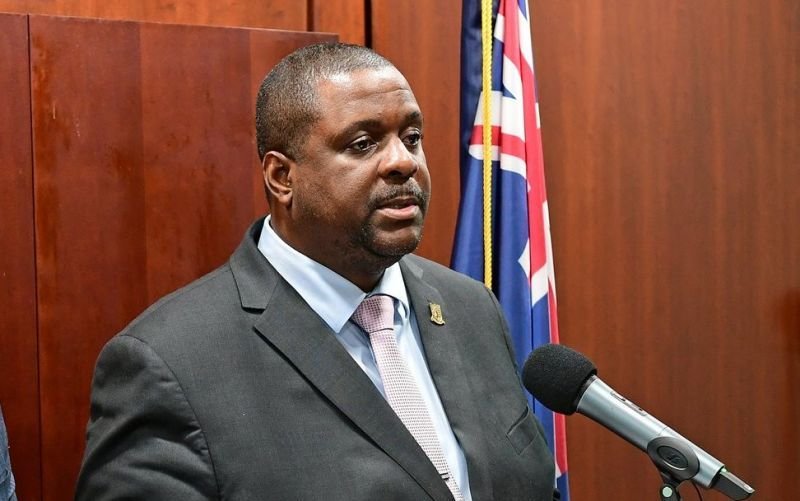 When the COVID-19 pandemic hit the Virgin Islands, Premier and Minister of Finance, Honourable Andrew A. Fahie (R1) reached out to the ‘Mother Country’ for a grant to assist persons made unemployed or affected by pay cuts but was unsuccessful. 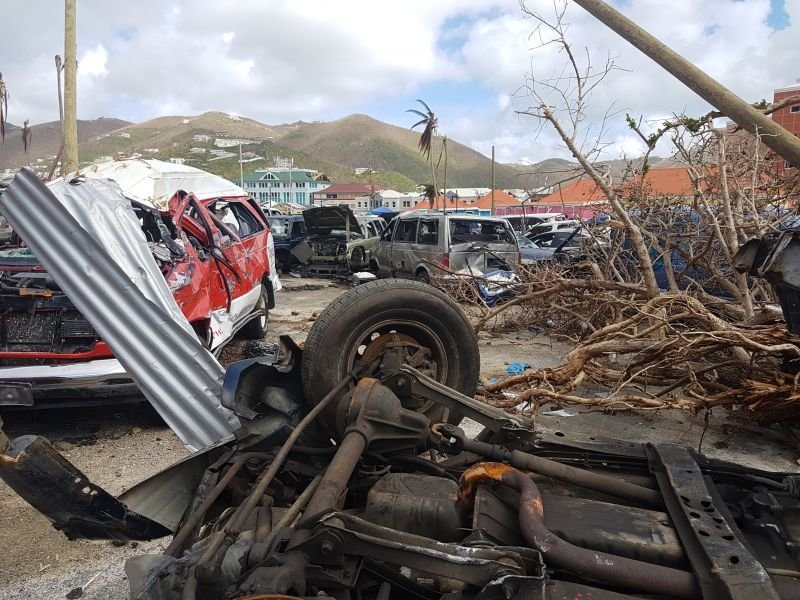 When the Virgin Islands was devastated by the hurricanes of 2017, the UK was only willing to offer a loan guarantee for the Virgin Islands to seek funding for its recovery, while at the same time practically tying the hands of the territory by refusing to adjust borrowing conditions in the Protocols for Effective Financial Management.