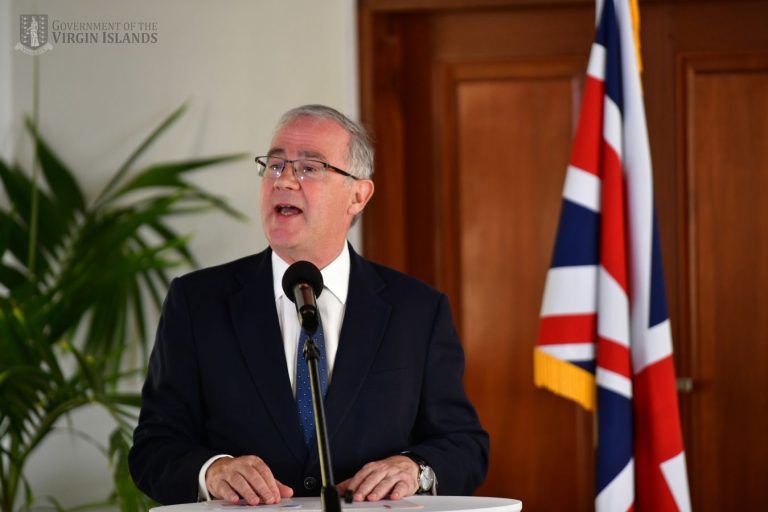 The UK’s new minister responsible for the British Overseas Territories, Jesse Norman has instructed Governor John Rankin to draft a report in the next few weeks to assess whether Cabinet is still unjustifiably issuing tender waivers for government contracts.

Those instructions were outlined in Norman’s response to the governor’s first quarterly review of the ‘Framework for Implementation of the Recommendations of the Commission of Inquiry (COI) Report and Other Reforms’.

Rankin had complained about Cabinet’s “continued use of tender waivers for government contracts” in his review that was released in early October. But Premier Dr Natalio clapped back stating that the governor incorrectly conflated ‘tender waivers’ with ‘single-source procurement’ — a process that happens when government gets products and/or services from only one supplier, even if it has other options.

“Single-source procurement means ‘no open tendering’ and the [new Public Procurement] Act expressly makes clear that such procurement should only take place in exceptional circumstances. So looking forward, if two-thirds of all contracts simply become single-source procurements rather than tender waivers, then not much will have changed. I very much hope that will not be the case,” Rankin stated.

As for UK Minister Norman’s take the matter, he said he recognises that Premier Wheatley’s National Unity Government may have some “legacy procurement issues” it inherited from the previous administration.

Norman noted in his response letter to Governor Rankin that those issues should be addressed proactively and promptly.

Reporting on Norman’s response letter, Governor Rankin said: “The minister asked me to submit a report at the start of December on the issue of tender waivers and single-source procurement so that he can assess progress ahead of the next quarterly review in the public interest.”

Before that time rolls around, Premier Wheatley and his government will have a chance to address Minister Norman directly. The Overseas Territories Minister is planning to visit the BVI next Thursday and Friday — the 27th and 28th of October.

Notwithstanding some concerns raised in the aforementioned quarterly view, Norman has expressed that the BVI’s overall progress of reforms over the initial period is ‘sufficient’.