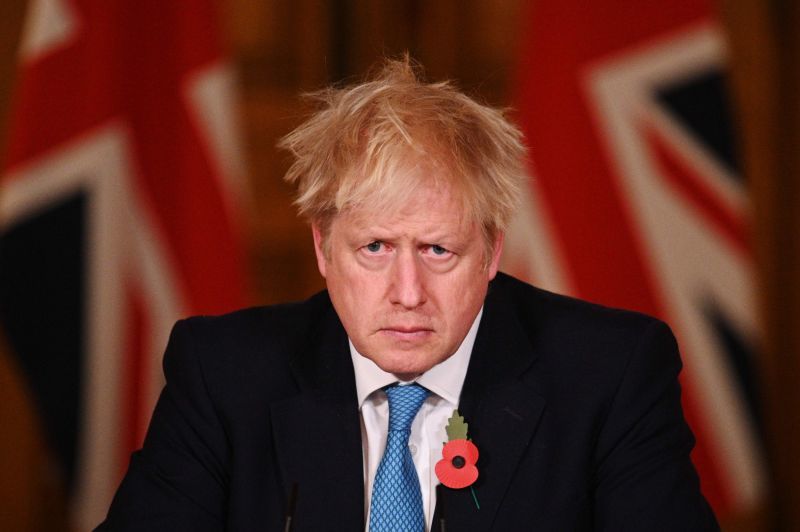 The PM, who has callously backed a Commission of Inquiry into the Virgin Islands called by his ‘buddy’ and ex-Virgin Islands Governor Augustus J.U. Jaspert during the COVID-19 pandemic, was asked about the ‘sleaze’ scandal during a visit to a hospital in Hexham as accusations of corruption threatened to engulf his administration, the Metro reported on November 8, 2021.

The Labour Party has called for an apology in the wake of the row, which started when then Tory MP Owen W. Paterson was handed a suspension from the House of Commons.

Mr Johnson and his ministers were accused of trying to rewrite the rule book to spare Mr Paterson – a former Cabinet minister – who was found to have repeatedly lobbied ministers and officials on behalf of two companies he worked for as a paid consultant.

The attempt failed after opposition parties refused to co-operate, while Mr Paterson announced he was quitting as MP for North Shropshire blaming the ‘cruel world of politics’.

No ‘sorry’ from Johnson

The Prime Minister, according to Metro, dodged the opportunity to say sorry when speaking to broadcasters earlier.

‘What we’ve got to make sure is that we take all this very, very seriously and that we get it right,’ he said instead.

Mr Johnson, who has a long list of corruption allegations stacked up against him and his government, was speaking ahead of a three-hour emergency debate getting underway in the House of Commons as MPs consider how the system could be reformed.

The PM said he couldn’t be at the debate because of his ‘long-standing commitment’ to visit the hospital after being accused of ‘running scared’ by Labour.

He added: ‘I don’t think there’s much more to be said about that particular case, I really don’t, but what we do need to do is look also at the process, and that is what we were trying to do last week.’

Johnson has no ‘decency’- Labour leader

Labour leader Sir Keir R. Starmer has said: ‘Boris Johnson does not have the decency either to defend or apologise for his actions.

‘Rather than repairing the damage he has done, the Prime Minister is running scared.

‘When required to lead, he has chosen to hide. His concern, as always, is self-preservation, not the national interest.’ 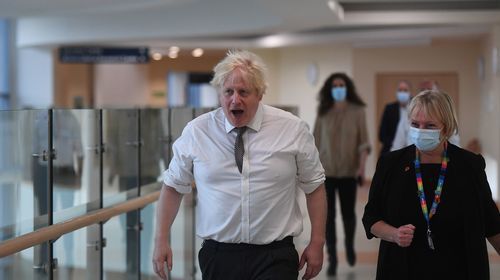 Boris Johnson, seen here parading around a UK hospital without a mask, said he couldn’t be at the debate because of his ‘long-standing commitment’ to visit the hospital after being accused of ‘running scared’ by Labour. 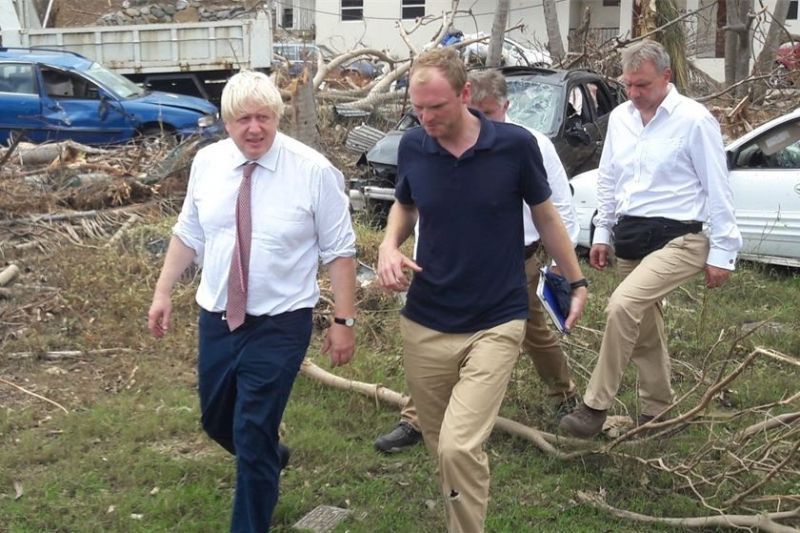 Boris Johnson, left, is a 'buddy' of ex-governor Augustus J. U. Jaspert, right, who called the CoI on the Virgin Islands, announcing it on Martin Luther King Day, January 18, 2021, mere days after he exited the Virgin Islands permanently.