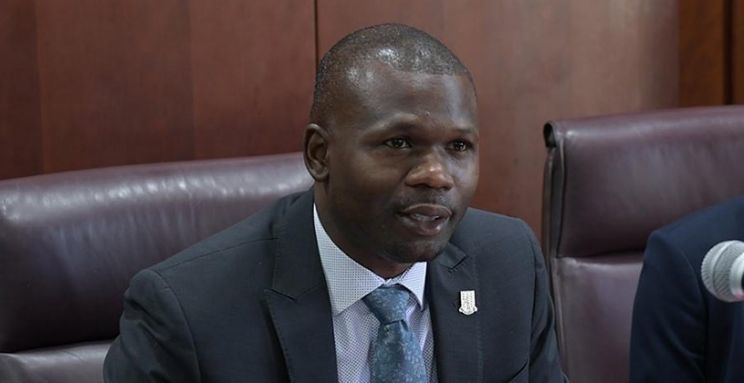 Opposition Leader Hon. Marlon Penn has bemoaned what he refers to as the continued ‘political football’ games that lingers under the Hon. Andrew Fahie administration with the East End/Long Look (EE/LL) Sewerage Project.
Hon. Penn’s statements were made during the House of Assembly on March 10, during the question and answer segment, where he requested an update on the project from Minister for Transportation, Works and Utilities, Hon. Kye Rymer.

Minister Rymer said: “Mr. Speaker, it is unfortunate that funds were depleted here from this project and credited to the Cruise Pier Project prior to this government taking office in 2019. Mr. Speaker, I am happy to report that these funds are finally being replaced. It is important to state that the execution of this project has been affected by COVID-19.”

He said, nonetheless, his Ministry continues to make progress in the project.

“In short order, we will be setting out to fence the staging area, procure containers for storage of fittings and material and conducting a final inventory of material available at the Paraquita Bay site.

He said it is expected that the works to install the last segment of the main lines will commence in a couple of weeks, adding that Hon. Penn would continue to be included in the process.

“It is expected that civil works will commence at the end of March 2021 with the installation of approximately 950 linear feet of 8-inch force main lines. It is anticipated that this project will last a period of 12 months,” Hon. Rymer added.

Responding to the Minister, Hon. Penn stated, “Mr. Speaker, it is unfortunate again that my colleague and good friend will resort to continueing to play political football with such an important project with the people of my community. They have been suffering long enough, and I think we need to always speak the facts.”

He continued: “And the fact is save for $2 million, from that money that was taken away was returned to Central Government and funding was provided in the CDB loan programme to facilitate that project.”

The project in question has been in the works for decades.

Notably, during the Virgin Islands Party administration in 2010, it awarded a no-bid contract to Biwater, a UK-based company, to construct a water plant and two sewerage treatment plants, one at Burt Point and the other in Paraquita Bay. The latter was never used since the crucial pipes needed were never laid to connect to the East End area.

Under the NDP regime of which Hon. Penn is a member, funds that had been earmarked for the project were diverted to the Cruise Pier project, expenditure for which is still being questionned.
#COVID-19  #Covid  #Fahie  #the Virgin Islands
Add Comment