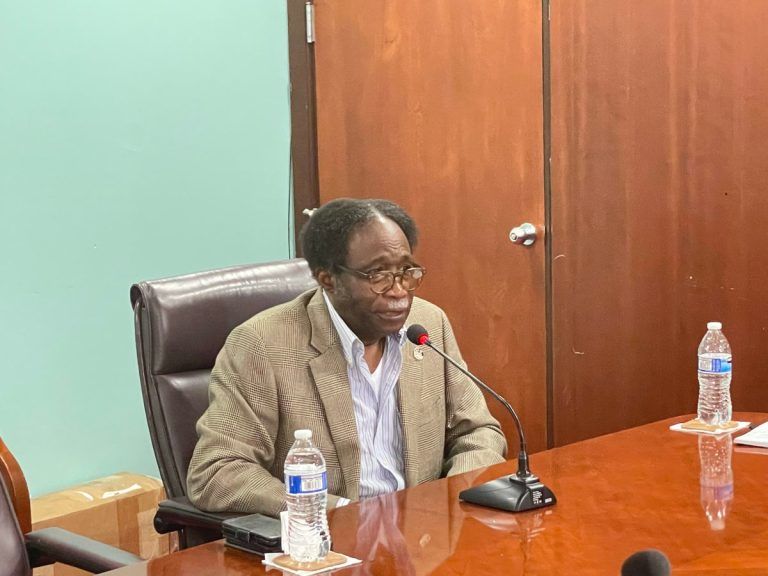 Unity Gov’t honeymoon over? Fraser promises to ‘heat things up’

Opposition Leader Julian Fraser has promised that the public will now be seeing more of the parliamentary opposition.
Fraser gave that indication during a recent community meeting held in the First District last week.

“I have not been the ‘opposition’ that I should… the traditional opposition; but I have now decided that it’s time that I move out of that zone and get into the role of the opposition,” Fraser told residents.

“Things are gonna heat up, we’re going to start turning the heat up from there,” he warned.

The Third District Representative reminded persons that he was instrumental in helping to form the Unity Government. He proposed the idea of a coalition after the Commission of Inquiry (COI) report recommended a two-year partial suspension of the BVI’s constitution.

This would have meant direct rule by the United Kingdom (UK) and the dissolution of the House of Assembly; leaving elected officials with no role to play in governance.

But Fraser’s proposal ultimately helped to stave off the proposed direct UK rule and meant he would become the new Leader of the Opposition. He was later joined on the opposition benches by Territorial At-Large member Carvin Malone, who had been removed as Health Minister to make room for Second District Representative Melvin ‘Mitch’ Turnbull.

Fraser said he told the government back then that they should not seek to introduce any new initiatives but instead focus on implementing the other recommendations of the COI.

“If you put new initiatives in place you’re going to be distracted and you’re going to end up being criticised for not meeting your deadlines,” Fraser explained to residents during the meeting.

Fraser said his intention moving forward is to hold similar community meetings throughout the territory and to have opposition press conferences similar to those that happened before the Unity Government was formed.
#Commission of Inquiry  #CoI
Add Comment