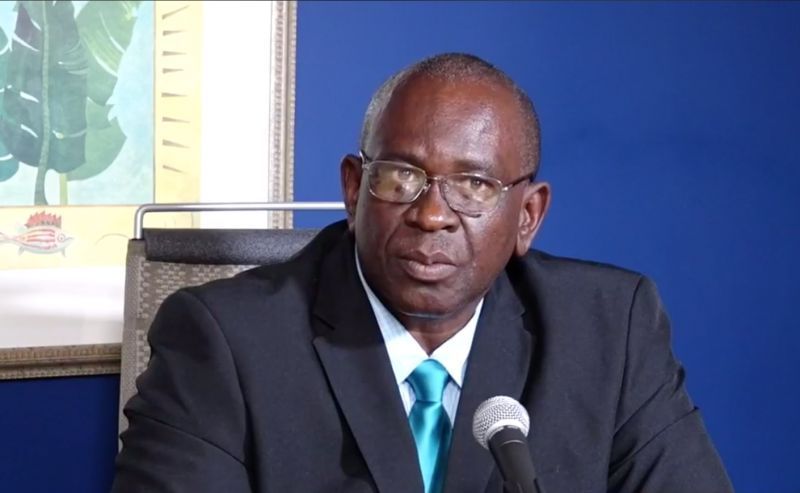 Former Minister for Health and Social Development, Hon Carvin Malone (AL), in announcing his exit from the Unity Government of Premier Dr the Hon Natalio D. Wheatley (R7), has cited possible conflicts with the strategies of the new government as one of the reasons for deciding to cross the floor.

The elected representative announced his decision to resign from the coalition government during a press conference at the House of Assembly (HoA) conference room on June 15, 2022.

According to Hon Malone, one of the primary reasons for entering politics was to prevent the suspension or cancellation of the local constitution in full or in part, since he was always of the view that it was a possibility based on what he was seeing happening in other Overseas Territories.

Further, it was his belief that the Protocol for Effective Financial Management would have made it difficult for the VI to resist some suspension of its constitution.

According to the former Minister, the ‘pre-authored' Commission of Inquiry report, along with other factors such as the Ukraine/Russia war, the 2017 hurricanes and more have all extracted millions from the public purse.

“The consequences of these extractions are yet untold and not fully realised. With the laying of the Virgin Islands Constitution and Interim Amendment Order 2022 #627 in the House of Parliament on 9th June 2022 and its inevitable proclamation through Gazette by the Governor in the Virgin Islands, I regrettably have considered that I have failed in my quest,” Hon Malone said.

As such, the At Large Representative said that in deciding how best he can assist the territory and all citizens of what opportunities and challenges are immediately ahead, he is convinced that the Government of National Unity shares the goal of having the best for the Virgin Islands.

“I am equally convinced; however, that several substantial decisions and processes adopted by the majority of my government colleagues on how best to attain this goal are in stark contrast to my views and will result in conflicts that are not necessarily beneficial for the territory's primary goal,” he said.

Hon Malone said he has therefore made the decision to cross the floor.

“In this regard, it is my decision to join Her Majesty's Loyal Opposition with immediate effect. Please be assured that my commitments to preserving the successors of all forebearers; the advances of her current generation and the securing of a bright future for generations, yet unborn, are unswerving,” he added.

When questioned, Hon Malone said one of the challenges he anticipates includes external pressure on VI’s financial services sector, where the goal post continues to change.