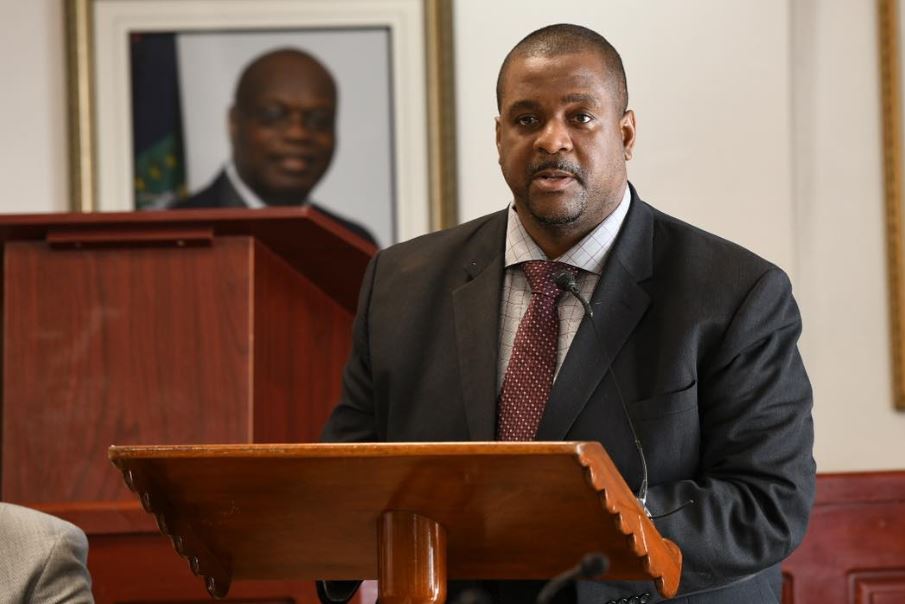 Untrue! Gov't dismisses accusations made in relation to BVIEC board

By Kamal Haynes, BVI News Staff Minister with responsibility for the BVI Electricity Corporation (BVIEC) Kye Rymer has denounced claims made in the House of Assembly that he ‘unceremoniously’ dismissed the corporation’s former board.

The dismissal claims had been put forward by the former portfolio minister and current Opposition legislator, Mark Vanterpool. Vanterpool levelled those assertions ahead of the official appointment of the BVIEC’s new chairwoman Rosemary Flax, who gained full approval from both government and opposition members.

“Hearing that the previous board -of which I had much respect for -were dismissed ‘unceremoniously’, I think that claim is untruthful and the member that mentioned it needs to correct what he said because it is not in me to be unceremonious in the tasks that I carry out,” Minister Rymer stated.

Formal meeting done out of respect

He further said that the decision to dissolve the former BVIEC’s board was made at a Cabinet meeting. Rymer said he subsequently opted to deliver the news to the board members in person; which he said was a gesture of respect.

“With the respect that I had for the board and their members and the work that they carried out, I thought it was fitting for me as the minister to then meet with the board and let them know without hearing it on the street or just receiving a letter that they were dismissed,” the minister explained.

“I took it upon myself to meet with the board and show my appreciation and my gratitude for the work that they had done pre and post-hurricane and the agenda that they had taken as the previous administration had laid out for them,” he further said,

Premier Andrew Fahie described the claims against his administration as an attempt by some members of the parliamentary Opposition to tarnish the reputation of his government with untrue accusations.

He said: “I’m not going to sit here and let anybody throw a set of mud on the wall and hope that it sticks on this government with things that are not factual. The Opposition has a right to get up and defend who come to them but not with so many allegations and accusations and insinuations by going after people’s reputation. No. That is wrong.”

One of the so-called allegations the Premier singled out was a claim that a specific board member from the BVIEC was sacked.

“They didn’t stop to read the document. Ms Pearl Smith is one of the members who are back on the board. So, if I don’t say these things now, it would go out there that we throw Ms Pearl Smith on the side and she gone,” the Premier added.

Fahie further disclosed that other members from the BVIEC’s former board were also retained under the new one to allow for continuity.

The Premier then defended his administration’s decision to disband the former board.

“Our government is a firm believer that the term of any board should be within the term of a sitting government because the history of boards is that they are serving at the pleasure of the minister and the Cabinet when he makes a decision to carry out the mandate of government.”

Board selections will always have its critics

Premier Fahie said he has been trying to find the perfect balance in the forming of new boards. He said he believes there will be persons who criticise regardless of the final outcome.

“It is the first time that I have been in politics and recognised that a government gone in and several persons expect that everything be done right away, and no selection for any board is good unless the same status quo who mashed it up tell you that it is good,” the Premier said.
Add Comment