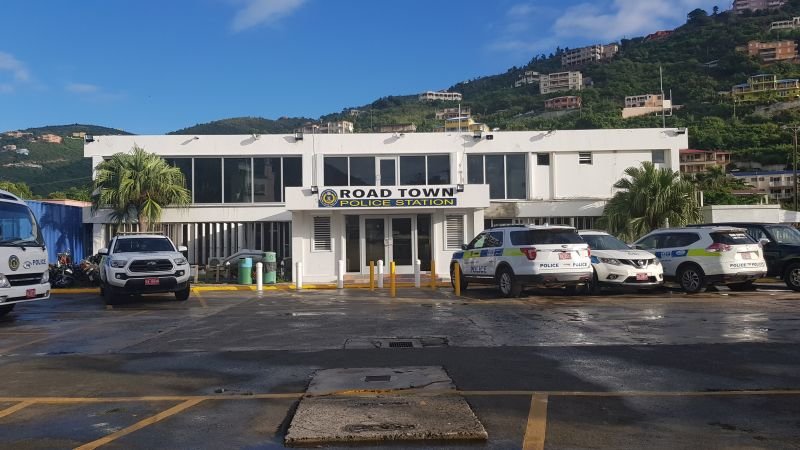 Four Venezuelans have been charged for the gun, ammunition and drugs bust by law enforcement authorities while executing warrants at several properties in the Anderson Hill area on Sunday morning, September 27, 2020.

Hector Gonzalez, 26; Pineda Moises Gonzalez, 27; Franklin Ramirez Garcia, 26 and Jessica Faronas Farinas, 32, all Venezuelan Nationals, residing at Anderson Estate, have been jointly charged for Possession of a Controlled Drug (cocaine,112 blocks weighing 124.36k), Possession of a Controlled Drug with Intent to Supply, Keeping a Firearm without a Licence, and Landing in the Territory without Permission from an Immigration Officer, police stated in a press release today, September 30, 2020.

They remain in custody pending their appearance at the Magistrate’s Court.

They remain in custody pending their appearance at the Magistrate’s Court.

New information reaching our newsroom is that the six persons taken into custody following the discovery of a firearm, drugs and cash during a search of several properties in Anderson Hill, Tortola, on September 27, 2020, are all from the South American country of Venezuela.

Additionally, the drugs found were reportedly some 110 blocks of cocaine.

One of the persons held is a woman who is in her late stages of pregnancy and has since been hospitalised at Dr D. Orlando Smith Hospital.

At least three of the Venezuela nationals are believed to be illegally residing in the Territory, having overstayed their time granted by Immigration authorities.

Six persons were taken into police custody after a firearm, drugs and cash were recovered during a search of several properties in an area of Tortola by law enforcement authorities early this morning, September 27, 2020.

According to a press release from the Royal Virgin Islands Police Force (RVIPF), officers of the RVIPF, assisted by Immigration officers, executed a search warrant at several properties in the Anderson Hill area.

“As a result, a loaded firearm, a large quantity of drugs and cash were recovered,” the press release stated.

Police said six persons have been arrested and are presently in custody.

“The investigation is at an early stage and enquiries are ongoing.”