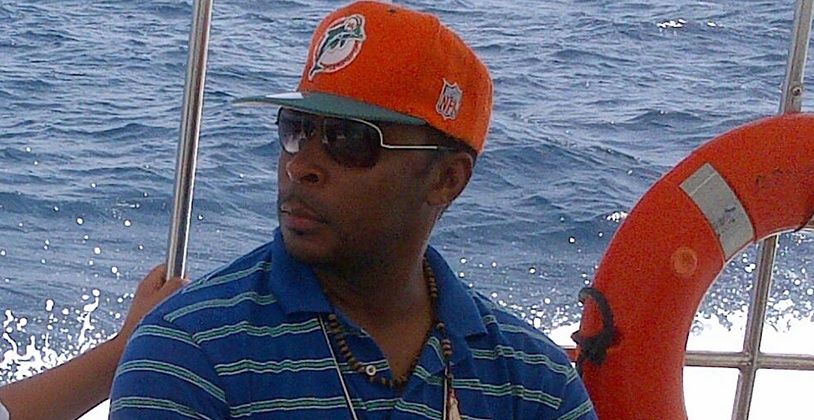 Sergeant of Police Mr. Lenroy Samuel has been granted $70,000 bail with a $10,000 cash component along with strict bail conditions in relations to the offences of Breach of Trust and unlawful possession of ammunition.

Moments ago November 8 via a Zoom hearing, Magistrate Khadeen Palmer granted him bail after hearing legal arguments on both sides.

Among his bail conditions, he has been cautioned not to interfere with the ongoing investigation, have no contact with the witness in the case, surrender all travel documents, and report to the Virgin Gorda Police Station three times a week, Mondays, Wednesdays and Fridays, between 6 am and 12 pm.

He pleaded not guilty to the offence of Unlawful Possession of Ammunition.

For the offence of Breach of Trust he was not required to plea as the matter is indictable, meaning it will be heard before a judge and jury at the high court.

Attorney at law Stephen Daniels is representing him in court, while Principal Crown Counsel Kellee-Gai Smith represents the Crown.

According to Principal Crown Counsel Smith, on November 25, 2020 in the furtherance of the investigation in the murder of Everton McMaster, members of the Royal Virgin Islands Police Force executed a warrant on the premises on the suspect in the murder, Mr. Cordel O’Neal.

Inquiries were made of O’Neal of the location of the cellphone he had with him during the search. The officers were then informed that it was left at the apartment in a purse that O’Neal had.

Due to its importance to the investigation, the officers then obtained a second search warrant in order to execute it the following day, November 26, 2020, but on returning to the apartment of Mr. O’Neal, it was discovered that neither the bag nor the cellphone were present. The phone was not located.

Investigation thereafter revealed that at about 9.43 am on the 26th, Mr. Samuel, who was off duty, came to the Road Town Police Station and went to the cell of Mr. O’Neal.

Mr. Samuel could then be seen and heard on the Police CCTV camera conversing with Mr. O’Neal while he was in the holding cell asking Mr. O’Neal for a number. The CCTV showed the defendant recording information on his cellphone, and he subsequently walked out of the police station and into the yard.

Call data records were also obtained, and it showed that a minute after he stepped outside he called Zubida O’Neal, who is the sister of Cordel O’Neal.

The call data also showed that several other calls were subsequently made to another brother of Mr. O’Neal after Mr. Samuel called their sister.

Call records were also obtained for the brother, and it showed that moments after he was called by his sister, he called another brother who was spotted by investigating officers riding past them on his scooter in the West End area heading for the direction of Cordel’s residence in Fresh Water Pond, West End.

CCTV footage was obtained from Cordel’s residence, and it revealed that the brother entered the apartment with a key and removed some items, and when officers arrived to execute the search warrant, nothing pertaining to the warrant was found.

Police interviewed Mr. Samuel about the allegations; however he admitted to knowing Zubida O’Neal, Cordell O’Neal but not the other sibling.

At first, he denied calling Zubida or passing information to her on behalf of her brother Cordel, but after he was shown the CCTV footage and his call data records, he admitted to calling her and informing her that her brother was arrested and was at the Road Town Police Station.

On November 4, 2021, the police conducted a search warrant on Mr. Samuel’s residence in Virgin Gorda, where he resides with his wife and young child.

At the time he was in police custody in Road Town for an unrelated matter while the search was being conducted in the presence of his wife.

During the search, 11 rounds of .45 calibre ammunition was found, stuffed in a Timberland boots in the bedroom closet.
His wife was cautioned and asked about the ammunition, and she denied any knowledge of it

At about 12.11 pm, officers informed the defendant about the ammunition that was found at his residence and cautioned him.

He replied: “She doesn’t know anything about that; let her go.”

He was then arrested on suspicion of possession of explosives and cautioned, he replied: “let’s do the interview.”

On November 4, between 12.18 pm and 12.34 pm, officers conducted the interview under caution, where he admitted to having sole possession and knowledge of the ammunition.

He mentioned in his interview that he was the one who placed the bullets in his timberland shoe.

He was subsequently charged for the offences before the court.

Before bail was granted, the Crown objected to bail for Mr. Samuel.

According to the Crown, the both offences are serious, which could attract serious jail time.

The Crown said in the case of the breach of trust, this is already an area that the RVIPF is struggling with, in the eye of the public, and despite his claims otherwise, the cellphone was removed shortly before the second search was conducted.

Further, she pointed out that Mr. Samuel’s wife works with a charter boat company, and the possibility of absconding was real.

Ms. Smith also pointed out that while the search did not reveal a firearm, he had known associates, including Mr. O’Neal, who has been convicted on firearm-related offences.

Defense attorney, Mr. Daniels said the phone call should be seen as a community service on behalf of Mr. O’Neal, as he called his sibling to inform her that he was in police custody.

He also stated that the defendant, has been a member of the RVIPF for 15 years, is not a flight risk, has a wife and young child in the territory who depends on him, and the offences, while serious, were “not the worse of, the worse,” and he was a fit and proper candidate for bail.