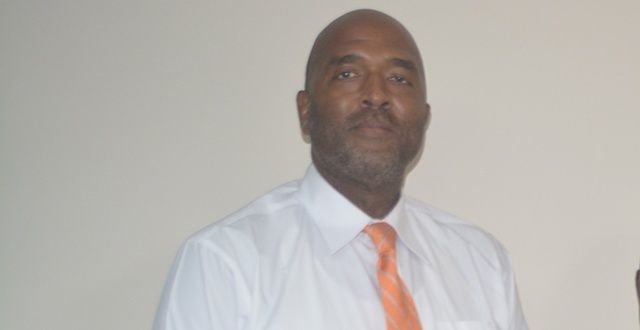 Update: Twin-Engine Fast Boat In High Sea Pursuit May Have Breached 'A Number Of Legislations'

Government has stated that the twin-engine fast boat that was involved in a high sea chase with the joint task force team patrolling the borders, may be in breach of a number of legislations.

Chair of the Joint Taskforce, Commissioner of Customs, Mr. Wade Smith commented in a release from the Government in response to reports that the vessel had been released by Customs, information that was also shared in the House of Assembly by Third District Representative, Hon. Julian Fraser.

Mr. Smith said that the vessel is detained by Her Majesty’s Customs and the matter is still under investigation.

"The vessel may be in breach of a number of legislations including Customs, Immigration, and Curfew order," the release from Government stated.

The Government also provided a close-up image of a detention notice, which it said was posted on the boat. There was no indication from the Government nor from the image provided as to where the boat was being detained.

Hon. Fraser yesterday told the media that he was sticking to the information he received regarding the vessel being released.

BVI Platinum News understands that the joint team tracked the vessel which entered the Territory in the wee hours of Sunday morning, September 27. The vessel reported docked at Baugher's Bay.

By the time officers arrived, the occupants were seen hurriedly escaping in vehicles. Photos of the vessel docked at Baugher's Bay and other supporting documents have been provided to BVI Platinum News.

Initially, there was no official statement issued by the joint agencies. The incident has raised questions from many, who like Hon. Fraser received information which suggests that the boat had been released.

These persons included members from within the joint patrol teams, who are risking their lives at sea daily to patrol the borders.

On September 29 in the House of Assembly, Hon. Fraser addressed the incident.

"My intelligence also tells me that on Sunday, a vessel came in, the vessel was chased, and the occupants escaped," Hon. Fraser stated.

He added, "This is not a jokey thing, too much nonsense going on around this Territory."

The Opposition Member said yet persons have a problem understanding why the Governor is insisting that he takes control of the border.

"There has been much talk about the surveillance border patrol that is being done; local government versus the UK representative border patrol. I don’t know if some of us are deliberately missing something, there are some things being missing, and I cannot believe that we are so daft that we don’t know, I think that we are just being deliberate," Hon. Fraser stated.

He added, "I have seen where the other day we had a spike in COVID and they claim that some people came in, some human trafficking that caused it. People have been involved in human trafficking in this territory in broad daylight. And they have been involved in other things in broad daylight and we not doing anything about it."