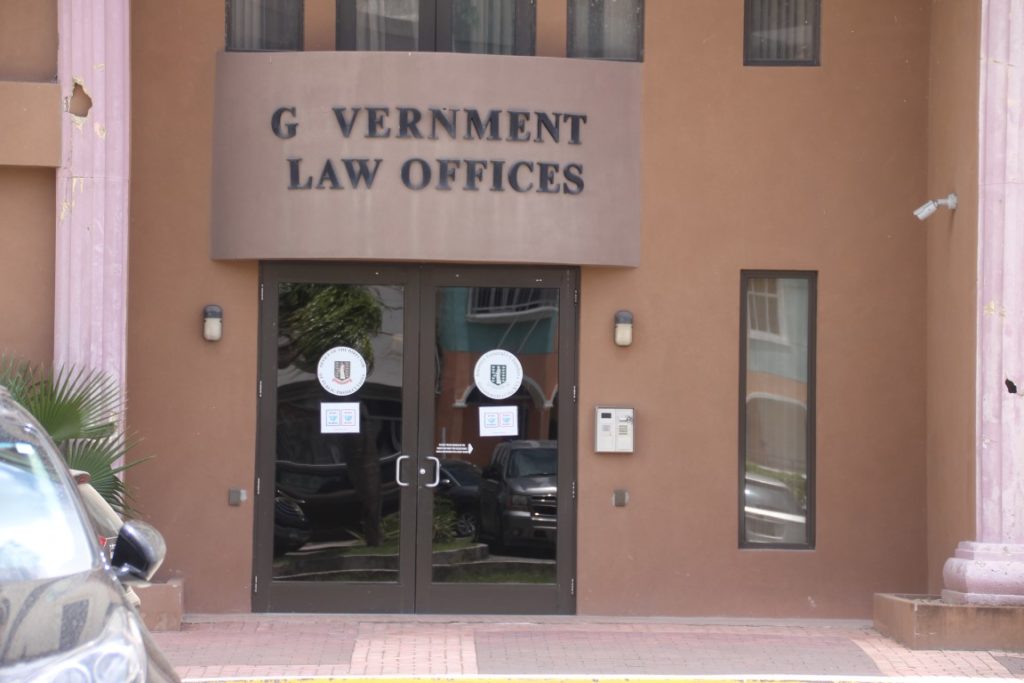 Some American media outlets have been airing video clips released by four US citizens who were detained after their boat illegally entered BVI waters. In the videos, the US citizens say they are being unfairly detained under unsanitary conditions by BVI authorities.

The BVI’s air and sea borders are closed to any visiting US citizens until December 1.

They claim they “accidentally” entered BVI waters but were heading back towards the USVI when they were stopped and detained by BVI authorities.

In one of their videos which appears on ABC4.com, the US citizens said they haven’t been told why they were detained and have been slapped with two fines — each amounting to $10,000.

They claim cockroaches are in the hotel room where they are being held, adding that they have to wrap jackets around their legs to stop bugs biting.

They also filmed broken bathroom fixtures and said the kitchen sink fell off the wall.

A sister of one of the detained has also spoke to US media outlets, claiming the US citizens are being detained without reason.

The DPP’s Office said the US citizens are being held under a mandatory 14 day-quarantine and are being treated with “BVI Love”.

“All four persons are safe and are being cared for with BVILOVE and with the finances of the Government and people of the Virgin Islands,” a statement from the DPP said.

The DPP’s office also rebuffed claims that the US citizens haven’t been informed of the charges against them.

“The persons were charged with illegal entry without the permission of an Immigration Officer contrary to section 20(3) of the Immigration Ordinance Cap 130 as amended,” the DPP office said.

The statement also said: “The matter was submitted to the Office of the Director of Public Prosecution on the 27th November 2020 by the Commissioner of Customs at 11:15 am following which the matter was processed and forwarded to the Magistrates’ Court via the Police Prosecution Unit, for an urgent hearing date.”

One US media WJLA.com reported that the court date is set for today, November 30. However, BVI news hasn’t been able to confirm this.

The DPP office is reminding the public that the territory reserves the right to apprehend and prosecute any person regardless of nationality, race, gender etcetera, who violates the laws of the British Virgin Islands.

It also said: “The allegations being circulated by the press and persons are without merit and can easily attract civil and criminal liability”.

MAH 155 days ago
Everything the Americans have said is true and I have pictures to prove it!!! BVI officials are lying through their teeth. Beware anyone who visits Tortola!!
View all comments (1)Add comment