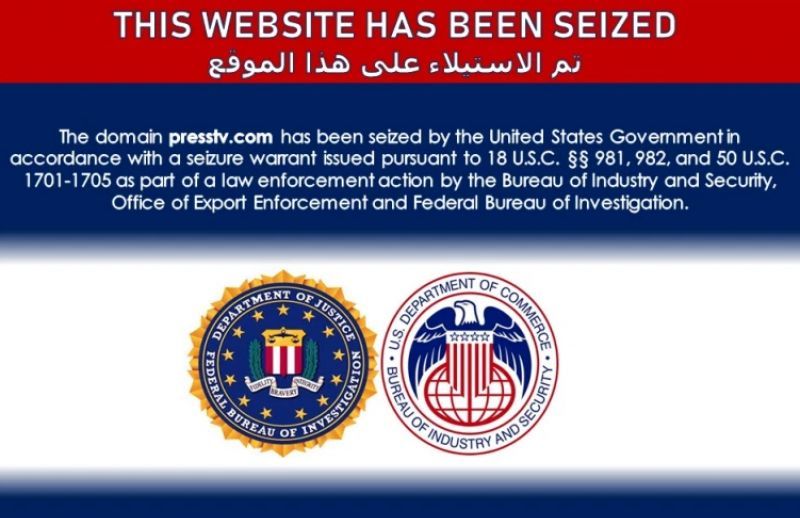 Visiting the sites produced a US government alert on Tuesday. The notice says the websites were seized “as part of law enforcement action” by the US Bureau of Industry and Security, Office of Export Enforcement and the Federal Bureau of Investigation.

The US government also took over the domain name of the news website Palestine Today, which reflects the viewpoints of Gaza-based groups Hamas and Islamic Jihad, redirecting the site to the same notice.

Last October, the Department of Justice announced it had taken down nearly 100 websites linked to Iran’s powerful Revolutionary Guard. The US said the sites, operating under the guise of genuine news outlets, were waging a “global disinformation campaign” to influence US policy and push Iranian propaganda around the world.

The move come just days after the election victory of Iran’s hardline judiciary chief, Ebrahim Raisi, known for his hostility to western countries.

Raisi’s election is seen as a blow to efforts to resurrect Tehran’s tattered 2015 nuclear deal, from which former US President Donald Trump withdrew in 2017.

Raisi took a hardline position in his first news conference. He ruled out the possibilities of meeting US President Joe Biden or negotiating over Tehran’s ballistic missile programme and support for regional militias – concerns the Biden administration wants to address in future talks.

Relations between Iran and the US have deteriorated for years following Trump’s withdrawal from the nuclear deal and reimposition of devastating US sanctions.

That decision has seen Iran, over time, gradually abandon every limit on uranium enrichment even as it continued negotiations with European nations attempting to salvage the deal.
#Donald Trump  #Joe Biden
Add Comment