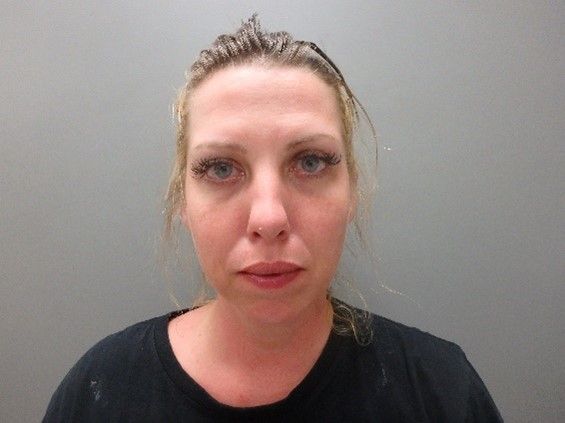 Breanna K. Ward of Kingwood, TX, age 34, who is in the custody of the Bureau of Corrections on a fugitive from justice charge, was arrested again on Friday, April 16, 2021, by the COVID-19 Enforcement Task Force and charged with fraudulent claims upon the government, access to a computer for fraudulent purposes, use of false information, and filing or recording forged instruments.

According to a news release from the [US] Virgin Islands Police Department (VIPD), it was discovered that Ward altered her positive COVID-19 test result, changing it to negative, and uploaded the altered test into the Virgin Islands Travel Portal.

USVI Department of Health Commissioner Justa Encarnacion denounced Ward’s actions. “Choosing to fly while you are knowingly infectious for Covid-19 puts the lives of others at risk," the commissioner said. "This is a huge threat to public health and everything we do to protect our community. That is why the travel portal is in place. Uploading fraudulent results, or altering results in any way, shows a disregard for the well-being of others."

Police Commissioner Trevor Velinor expressed similar sentiments regarding the incident. “Ms Ward unnecessarily exposed our officers, and countless other citizens to this deadly virus. We are now forced to take officers off-line, placing them in quarantine status, affecting the department’s operations. Hopefully, this arrest will discourage individuals from this irresponsible practice,” he said.

Customs & Border Patrol agents on Wednesday, April 14, 2021, detained Ward at the Cyril E. King Airport after it was discovered that she was wanted in the state of Texas for a probation violation, VIPD Public Information Officer Mr Toby Derima said.

Ward was originally charged with driving under the influence in Texas, and her probation was revoked.

Unable to make bail of $5,500, Ward was remanded to the custody of the Bureau of Corrections pending her advisement hearing.