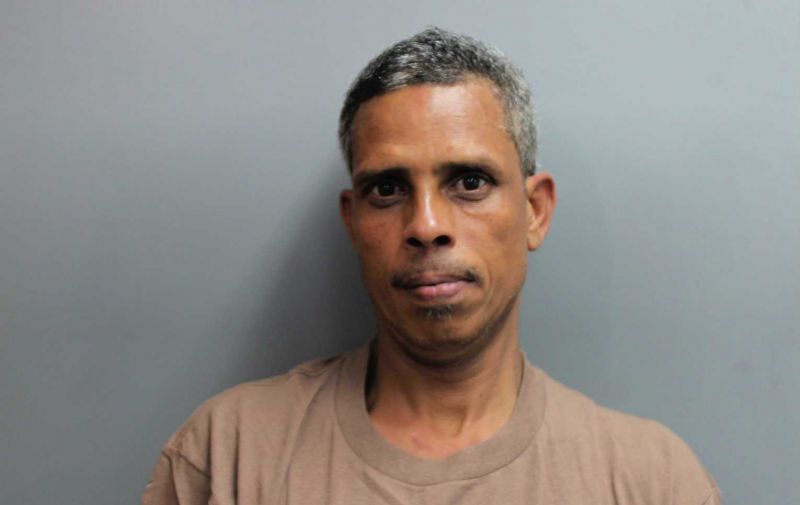 A man is facing assault charges after he allegedly attacked his mother at her residence despite police ordering him to stay away from the property.

The alleged victim stated that around 10:30 am on Tuesday, March 8, 2022, she was seated in her car when she observed Alejandro Torres trying to open her gate. The woman told police that she asked her son not to go onto her property but he ignored her warnings, opening the gate and making his way into her home. She then went inside the house and asked him to leave, but according to the fact sheet he responded by becoming aggressive and grabbing her by the hair. The woman alleges that Torres struck her to the head using his hands, overpowering her despite her attempts to defend herself. However, he reportedly left after she told him that she was going to call the police. She said that while he was leaving, Torres kicked her car causing a dent to the left side of the front fender. According to the woman, there has been a history of domestic disputes between her and Torres and law enforcement previously ordered her son to refrain from coming onto her property.

Police were initially unable to locate Torres and the victim was advised to call 911 if he returned to the residence. Later that afternoon officers were summoned to the address once more after a concerned citizen reported that Torres was involved in a physical altercation with his mother. Upon arrival the officer observed him fleeing the scene on foot with a cell phone in hand. The officer successfully apprehended Torres, and while securing the handcuffs the officer was informed via radio that the victim reported that Torres had left with her phone. According to the fact sheet, upon hearing the transmission Torres stated, “She is not getting that phone back it has evidence” and began biting and bending the phone causing the screen to shatter. He also slammed it against the concrete sidewalk causing extensive damages.

After securing the handcuffs and placing Torres under arrest, the officer returned to interview the victim once more. She stated that she had locked her gate to keep Torres out but he gained access to her property and began striking her in the face and head. She alleged that he struck her on the mouth causing a tooth to loosen. Based on the woman’s account, a relative and a neighbor came to her rescue but Torres assaulted them as well, striking the elderly relative in the head several times.

The woman recounted that she went inside and locked the screen door to protect herself and her elderly mother against Torres but he began to kick the door open causing damages. She then opened the door to let the elderly relative in after witnessing Torres’ assault upon her. However, according to the mother, when she opened the door Torres began to hit her again. She then ran for her cellphone to call the police but Torres grabbed it, forcing her to call out to the neighbor to call the police. The victim further stated that before leaving the area Torres used an unknown object to cause more damage to her car. The responding officer observed the damages to the door and the vehicle as well as the woman’s loose tooth.

Torres was charged with third-degree assault, simple assault and battery, and disturbance of the peace by fighting, all categorised as crimes of domestic violence. He also faces charges for trespassing and destruction of property.

At his advisement hearing on Wednesday, attorney Leslie Davis told the court that Torres is indigent with no fixed address. Consequently, she asked that he be released on an unsecured bond valued at $15,000. Davis informed the court that the defendant has a previous domestic violence conviction which dates back to 2015.

Judge Ernest Morris Jr. asserted that Torres has a “long, lengthy extensive criminal history” and stated that bail would be set at $15,000 fully secured. However, before he can be released if he is able to provide the $15,000 in cash, the defendant must identify a suitable third-party custodian who has to be vetted and approved. He has been ordered to maintain a minimum distance of 1,000 feet from his mother and is prohibited from having any form of contact with her.