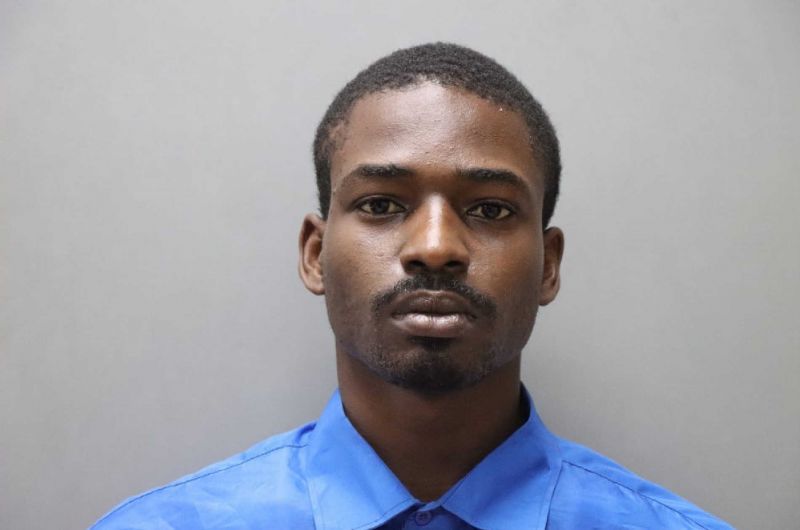 A man on St Thomas, US Virgin Islands (USVI) who apparently violated his bail conditions has been arrested on rape and assault charges.

Valmon Glasford Jr is accused of raping a woman and keeping her at his residence against her will. According to court documents, police made contact with the alleged victim at the Schneider Regional Medical Center on March 10, 2022. She reported that at an unknown date and time in February she was at her boyfriend Valmon Glasford Jr’s residence for a couple of days and was unable to leave. The woman claimed that she was only able to escape when Glasford went to court and she was assisted by his relative. She then went home and remained there for a few days but alleges that Glasford showed up at her house on February 28, 2022. According to the woman, she was surprised because Glasford was supposed to be on 24-hour house arrest with an electronic monitor attached to his leg.

The victim told police that Glasford spent the night, and the following day she left the residence with him because she feared for her own relatives in the house. They then went to his residence and according to the woman, he began ‘acting crazy’. She told police that at one point she coughed and cleared her throat and Glasford asked "who are you signaling," immediately standing on the bed. She denied signaling anyone but Glasford allegedly jumped and kicked her in the face causing her to fall back, knocking over the television and breaking a light bulb. The woman told police that she sustained swelling to her jaw and mouth and her bottom lip split. She recounted that Glasford later held her and apologized.

The victim also claimed that Glasford used cocaine the next day and became paranoid. He then allegedly punched her in the face and when she tried to escape he stood in her way and threatened her with a knife. She told police that her tooth had chipped and her tongue and lip piercings were knocked out when Glasford allegedly punched and strangled her. It is alleged that he held a knife and stated "whatever I say you must do if you want to see you mother, children or anyone else," before allegedly placing the knife to her throat.

According to the woman, Glasford had to attend court on Thursday and she used this as an opportunity to leave the residence with him. When he arrived at court she went to the Family Resource Center for help and was picked up by a relative who then transported her to the hospital. While at the hospital she asked to be placed in a secluded room and later heard Glasford asking hospital staff for her, claiming that she was his sister. Her relative then called police after Glasford went into the parking lot and looked inside the relative’s vehicle.

According to the probable cause fact sheet, police officers obtained a warrant to search Glasford’s residence and discovered knives tucked away in areas of the residence as well as blood droplets on the blanket and pillows. Police later made contact with him and he was subsequently arrested and turned over to the Bureau of Corrections.

At his advisement hearing on Friday, Glasford was informed that he faces 15 years to life for the charge of first-degree aggravated rape. He is also charged with first and third-degree assault, as well as false imprisonment, contempt of court, escape from custody and using a dangerous weapon during a crime of violence.

Judge Simone Van Holten-Turnbull set bail at $175,000 with no 10 percent provision. She noted that Glasford has a pending matter in which he was granted a reduction in bail and house arrest with electronic monitoring. According to the judge, despite that condition, the defendant somehow found a way around that to be before the court on new charges. The judge has declared him a danger to the community and most certainly a danger to the victim. Glasford has also been ordered to undergo a psychiatric evaluation.