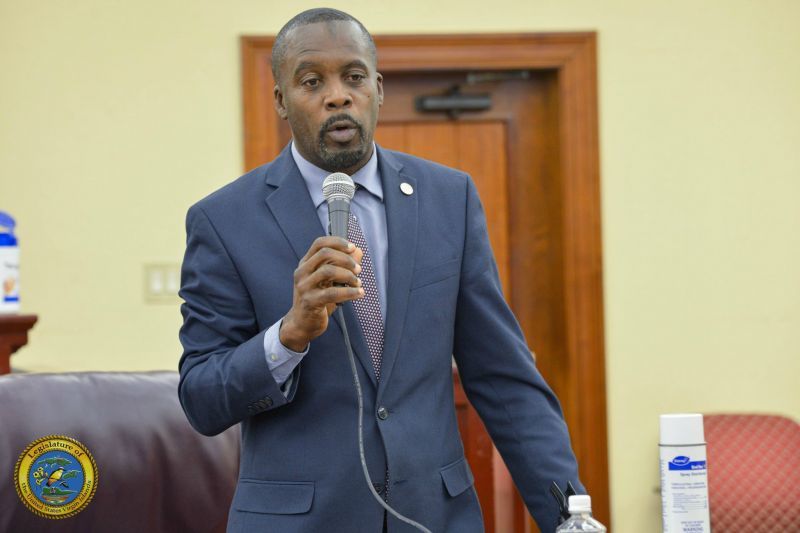 US Virgin Islands (USVI) senator Marvin A. Blyden tested positive for Covid-19 twice on Wednesday, September 15, 2021, first at the USVI Legislature and a second time through a test performed at the USVI Department of Health. The senator had sought the second test, he said, to ascertain that he had indeed contracted the virus.

Following the positive tests, Mr Blyden was advised by the Department of Health to quarantine for 10 days, and the senator was unable to attend a Senate session scheduled for Friday, September 17, 2021.

However, instead of quarantining for the 10 days recommended by the Department of Health, Mr Blyden on Saturday night, September 18, 2021, attended an entertainment function at Tillet Gardens in St Thomas, where a local band was playing with roughly 70 people in attendance. This immediately placed dozens of people at risk of contracting Covid-19.

Mr Blyden, a veteran senator who is currently the Senate majority leader, confirmed to the Consortium Sunday afternoon that he had tested positive on Wednesday twice, first by a test performed at the Legislature, and later the same day at the Department of Health.

He also said he was told by the Department of Health to quarantine for 10 days.

Mr Biden flouted the DoH protocol because he said he performed a third test at home which the senator said returned a negative result. The alleged third test gave Mr Blyden the clearance he sought to attend the entertainment function, which he attended using a government-owned, Legislature vehicle LEG 5.

'I don't have no kind of symptoms'

"I did test positive during the Committee of the Whole, and I told them that's crazy because I don't have no kind of symptoms — how would I be positive. I told them that's wrong," Mr Blyden said, referring to the positive test at the Legislature. He said he then went to DoH to get tested a second time and that result returned positive the next day, which was Thursday.

"Yes, the test did show positive," he said. Mr Blyden said he asked DoH whether the department could verify when he contracted the virus, and he continued to contend that he should have had no symptoms. "That's dangerous. If you take the vaccine and don't have no kind of symptoms, that's a problem because you could be infecting people if you don't test everyday."

The Consortium reminded the senator that some individuals who contract Covid-19 are asymptomatic, meaning they exhibit no symptoms.

Senator Blyden was unsatisfied with the test results from the USVI Legislature and DoH, so he performed home tests, according to the senator. He was asked to provide those results to the Consortium, however, the one result that Mr Blyden provided showed a date of July 16, 2021. Mr Blyden asked that the test result not be shown to the public.

'I had a very important meeting'

Asked why didn't he simply follow the Department of Health's guidance of quarantining for ten days, Mr Blyden said it was because DoH could not tell for sure when he contracted the virus. Asked whether the department was simply taking all precautions by recommending the 10-day quarantine, he said he quarantined until Friday — for two days.

According to the USVI Department of Health, anyone who knowingly exposes others to Covid-19 could face punishment of fines or imprisonment.

So far 67 people have died from the virus in the territory, including 44 on St Thomas, which has seen the overwhelming majority of deaths related to the virus.