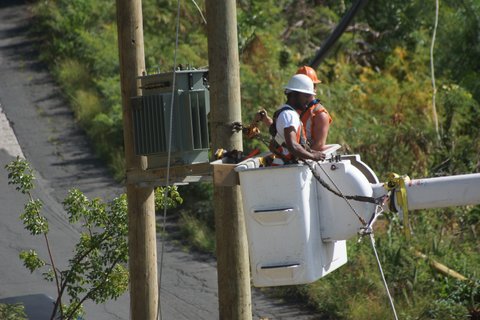 BVI News understands some residents are frustrated because their electricity and water services have been disconnected due to lack of payment in recent times.
Among the arguments being cited against utility disconnections is the harsh economic climate that persists due to the impact of COVID-19. With the loss of jobs and the monthly obligation to pay rental costs, some residents believe they should be given time to pay outstanding utility bills.

When BVI News contacted Utilities Minister Kye Rymer about the complaints from residents, he said: “The departments have been addressing based on the concerns.”

Minister Rymer did not confirm whether he has received numerous complaints from residents. But he said the government will be addressing ‘concerns that are genuine’.

“Wherever there are genuine formally registered concerns by the people of the Virgin Islands in the areas you mentioned, this government will ensure that these issues are addressed in a timely and amicable manner,” Minister Rymer said.

Residents have been complaining about the unkind treatment being meted out by some employers and landlords as COVID-19 continues to affect the territory.

Back in September, Sixth District Representative Alvera Maduro-Caines called out these employers who have cut salaries in half, but still expect employees to do a full day’s work.

She called for landlords to be patient, adding that some are “cold, greedy and heartless” because they show no mercy to tenants who are facing difficulty paying their rent.
#COVID-19  #Covid  #the Virgin Islands
Add Comment