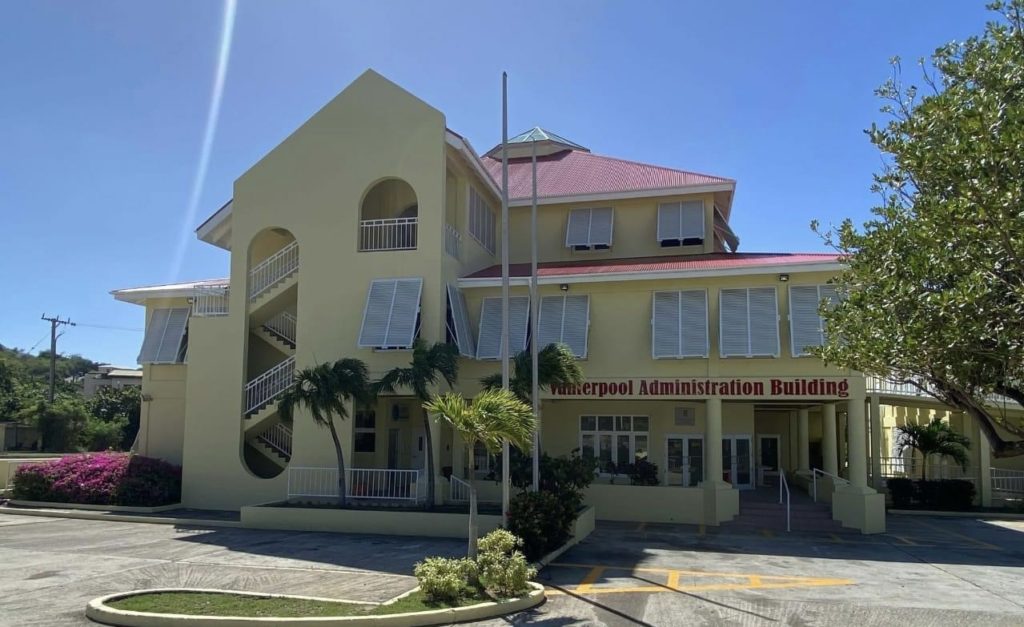 Vanterpool Admin Building officially handed back over to gov’t

Government has now received the keys to the newly renovated Vanterpool Administration Building on Virgin Gorda following a rededication and handover ceremony yesterday.

Speaking at the ceremony, Premier Andrew Fahie said the completion of these developments does not come easy. He added that people are always delighted to highlight when things are not being done but fail to acknowledge the good work the government is doing in refurbishing infrastructure throughout the territory.

“It is through unity and our shared cultural bonds as one people that we will shatter every glass ceiling that is in the way of the success and sustainability of our people. Your government recognises that we are on the Virgin Islands and that is why we are ensuring that our people on all the islands are treated equitably. No persons or islands should be left behind as we push forward the development of the Virgin Islands,” Fahie said.

“The proof of the pie is in the eating. Even despite going through the worst pandemic that continues to plague us, your government has ensured that projects that impact the need of the people, lift their quality of life and drive economic activity have been done on all our islands even with limited resources,” he continued.

Fahie said this shows the commitment of the government to the public service and the people of the Virgin Islands.

“It is a fact that after Irma and Maria in 2017, our public officers came out and worked and ensured that the country could run and our citizens could have access to government services. And in most cases, they work in some of the most uncomfortable and even hazardous conditions. We thank our VG officers for their service and dedication to duty. We must appreciate what they have done, and our recovery would not be moving forward or moving at all at the pace it has been done if it was not for our dedicated public officers,” Fahie said.

The Premier also acknowledged the role the Opposition Leader played in driving infrastructural development in the territory post-Irma and Maria.

“I want to recognise the Leader of the Opposition because his government got the $65 million. I’m not going to be ‘badminded’ because we did not get the $65 million but we organised how it is to be spent and we spend it on you the people, on your buildings and on your roadway and on everywhere where you see was plywood city,” the Premier noted, referencing the $65 million reconstruction and redevelopment loan from the Caribbean Development Bank approved in 2018.

Meanwhile, Ninth District Representative Vincent Wheatley said it was fitting the newly refurbished administration building was renamed in honour of the Vanterpool family. He said the family has been in the territory for more than two centuries and they have contributed immensely to the development of the business sector in the territory.

Wheatley also noted it was important that the building was refurbished as after the hurricanes, the public officers were working in a very wet and mouldy space which was not safe.

“I was happy this morning to walk around and see and feel the atmosphere there. It is clean, light and comfortable and that is important. It is also important to bring more services to Virgin Gorda.

In this day and age, we should not have to make an appointment to go Tortola to do certain things like pick up a check,” the Ninth District Representative added. 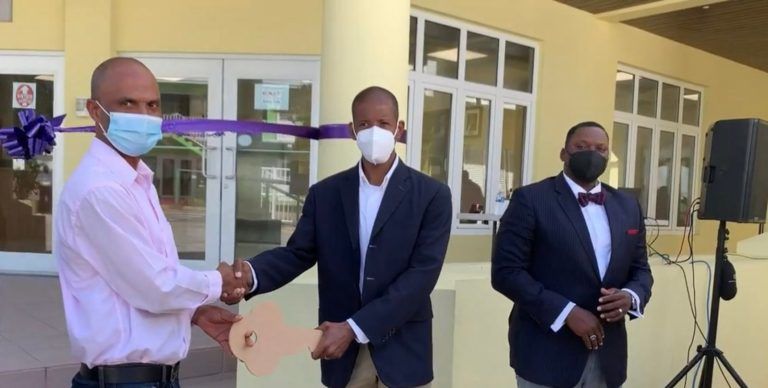