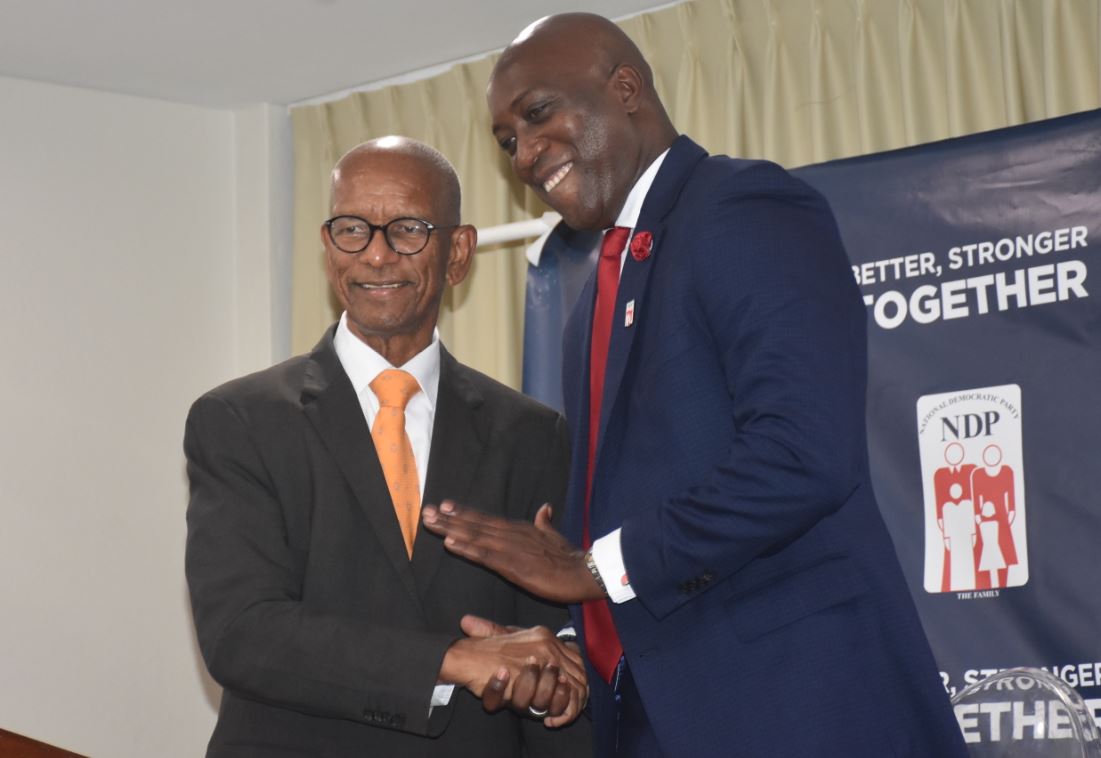 Fourth District Representative Mark Vanterpool has come to the defence of two of his former ministerial colleagues in the National Democratic Party (NDP) administration over ongoing criminal investigations stemming from their time in office.
Vanterpool, while speaking in the House of Assembly (HOA) yesterday, July 14 suggested that former Premier Dr D Orlando Smith, who served as Finance Minister at the time in question, and former Education Minister Myron Walwyn, should be given due process and the benefit of the doubt while the probes are ongoing.

One of the investigations surrounded the disbursement of some $7.2 million towards the startup of BVI Airways — an airline which never materialised; while the other investigation centred around a perimeter wall for the Elmore Stoutt High School (ESHS) which reportedly cost more than $1 million but was never completed for various reasons.

“There are people who have served this country and served it for umpteen years honestly and fairly and we want to lock them up,” Vanterpool argued.

He said Dr Smith did many great things for people at the local public hospital and for people all over the world yet when he was ‘trying to do something great again’ in trying to get an airline to the territory, “all of a sudden they want to lock him up.”

“Have the investigation, but don’t condemn people before you even start,“ Vanterpool pleaded.

Vanterpool said he was concerned about the issue.

And while making reference to the probe on the ESHS wall, Vanterpool said: “You build a wall, and everybody all of a sudden believes that this wall, everything went wrong and the minister for the wall has to go to jail. What [did] he do?”

He continued: “Let us see what he did before you start condemning him.”

The legislator also claimed that the BVI is in a crisis, and argued that his voice will be heard in the House of Assembly in the coming months.