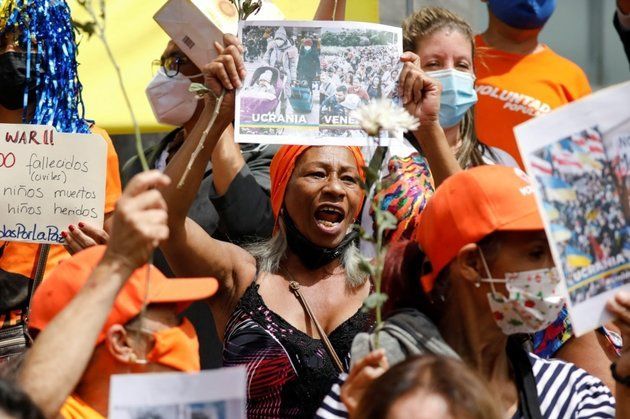 Venezuela frees at least 2 Americans after talks with US

Venezuela released at least two jailed US citizens on Tuesday, people familiar with the matter said, in an apparent goodwill gesture toward the Biden administration following a visit to Caracas by a high-level US delegation.
One of the freed prisoners was identified as Gustavo Cardenas, one of six Citgo oil executives arrested in 2017 and convicted on charges the US government says were fabricated, the sources said. The other was a Cuban American detained on unrelated charges, they said.

The weekend meetings focused not only on the fate of Americans held in Venezuela but on possibly easing US oil sanctions on the OPEC member, a close Russian ally, to fill the supply gap once President Joe Biden banned Russian oil imports in response to Moscow's invasion of Ukraine.

There was no immediate word on the whereabouts of the released detainees.

Washington has sought the release of at least nine men, including the so-called 'Citgo 6,' two former Green Berets and a former US Marine.

The US delegation, the highest-ranking to travel to Venezuela in recent years, met with the detainees on Sunday in a Venezuelan prison. US hostage envoy Roger Carstens was part of the group, and he was believed to have stayed behind to finalize the release.

Tuesday's release followed talks in Caracas on Saturday as the Biden administration sought ways to stave off the impact of soaring US gas prices spurred by Russian President Vladimir Putin's war in Ukraine and the West's efforts to punish Moscow for it.

Biden on Tuesday announced a US ban on Russian oil and other energy imports, ramping up a pressure campaign on Moscow. It could further increase prices at the pump for American consumers, adding new inflationary pressures.

Engagement with Maduro, a longtime US foe, was also aimed at gauging whether Venezuela is prepared to distance itself from Russia.

But the Biden administration faced strong criticism on Capitol Hill for its outreach to Maduro, who is under US sanctions for human rights abuses and political repression.
#Joe Biden
Add Comment