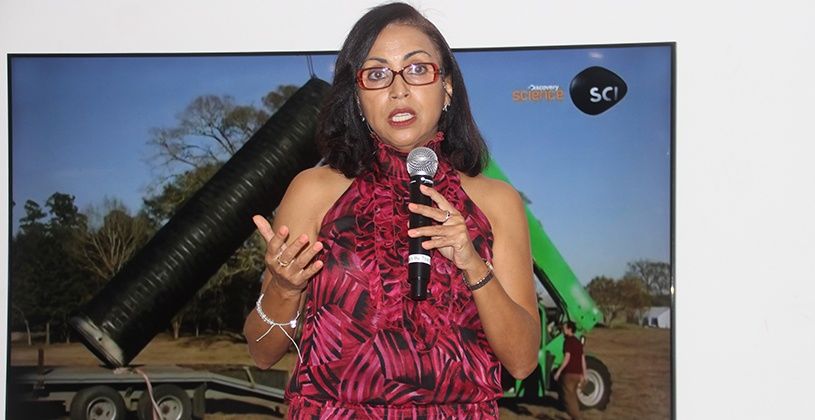 The Virgin Gorda community has been selected to be the first island in the territory to receive Digicel + fibre offerings as of July.

Mara Samaniego, the CEO of Digicel BVI said in a press briefing earlier today, June 24 that Digicel + is the new name for the company’s home and entertainment service.

They are promising more power, speed and reliability and revealed that the upgrade is costing the company over $1.2 million.

“The service is going to deliver very reliable, very fast speeds. When we come to each of the homes, the experience is going to be superior to what we have seen that has been offering to the market,” she remarked.

The CEO added, “We believe that the BVI as a whole was struggling throughout COVID-19, and we are seeing that we are all now jumping into the new technologies – fibre.”

She explained that the decision to commence on Virgin Gorda was because the island has been underserviced for many services by telecom providers and other industries, adding that the sister island is a “large community that needs to be served and we wanted to bring them first".

She said from July 1st, the sales team will be on the island offering the service door to door, and the service will be fully launched towards the end of July.

As of September, she anticipates that the whole of Virgin Gorda should be fully covered with the new service.

Rollout Across The Territory

As of the rest of the territory, she informed that the intent is to commence next year.

“It is really about prioritizing where to put the effort, and we just thought that VG really needed that faster than the rest.”

When asked if it was as a result of the local government’s push for better internet for the territory, she said that it was not.

“The decision for us is because we monitor how fast the boxes are connecting and we knew that they were delivering minus nil in speed, we actually came up with the investment, and the need to invest and expand. So it wasn’t prompted by anything it was really because as an operator, we have thresholds that we have to comply with,” she remarked.