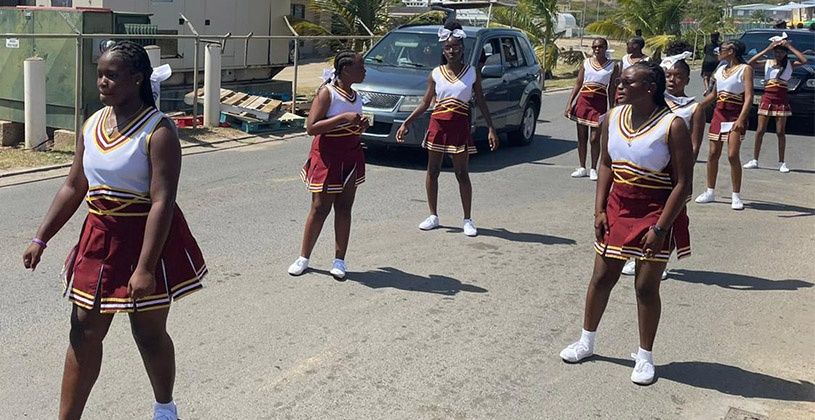 The prolonged pandemic could not stop locals and tourists alike from partaking in this year’s Easter Monday activities on the last day of the Raul “Jougo” Sprauve Easter Festiville.
The much-anticipated parade and the celebratory atmosphere marked the third day of the festive proceedings. Although much smaller compared with previous years, the parade was an appropriate way to demonstrate Virgin Gorda’s cultural diversity and unique artistic abilities through music, food, and good vibes.

There was much speculation about whether there was going to be a parade at this year’s Raul “Jougo” Sprauve Easter Festiville. However, after the COVID 19 pandemic resulted in the cancelation of Easter festival activities over the last two years, the people vigorously expressed that they wanted a parade to erase some of the lackluster feelings of the last two years, and a parade they got!

The spectators were in high spirits as several of them dashed from 'the bar sauces', where there were some attempts made for a wet fete, to line the streets and to catch glimpses of the procession.

Jougo, in whose honour the festival was named, was also a participant in the parade. He had been actively involved in all the other events which transpired over the last three days and thoroughly enjoyed himself by all accounts.
#COVID-19  #Covid
Add Comment