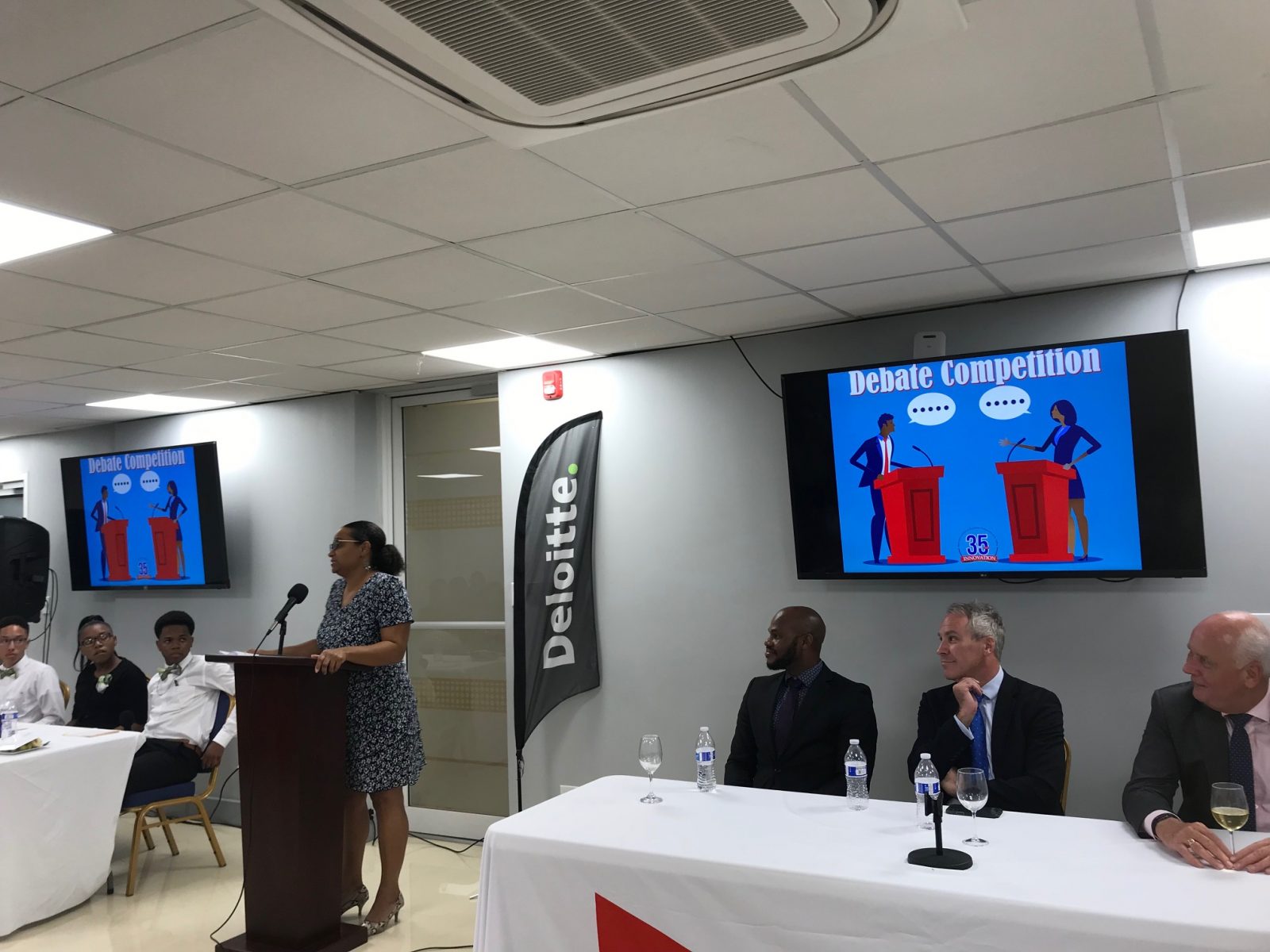 Last week, as the BVI celebrated the 35th anniversary of the International Business Company Act, 1984, three H. Lavity Stoutt Community College debaters outlined why the act was so important to establish the territory as a global financial services leader - and why they think financial services will continue to be a viable industry even in the face of increased regulatory threats from abroad.

On the other side of the coin, three industry professionals were given the task of arguing why their industry wouldn’t survive -at least not without innovating.

It was all part of the debate on Nov. 26 at BVI Finance headquarters, held in honour of Financial Services Week under the theme “35 Years of Innovation.”

In 1984 when the IBC Act was signed into law, then-Chief Minister Cyril B. Romney hailed it as “the most important legislation of the decade.”

“The IBC Act was written as a response to a challenging business environment and it proved that being able to solve challenges through innovation is a part of our DNA, an approach that continues to this day,” BVI Finance CEO Elise Donovan said in a statement.

Premier Andrew Fahie added, “The IBC Act was the foundation of an industry in the BVI which has been critical to our economic development and contributes significantly to the prosperity and wellbeing of our territory.”

The IBC Act was replaced by the Business Companies Act in 2004. Under this law, almost 400,000 active companies are currently registered in the territory, forming the backbone of the industry.

As part of the week’s activities, the industry also took part in bar bingo, Jeopardy, a scavenger hunt and a five-kilometre run/walk that drew more than 70 participants. The week was capped off with an awards gala at Scrub Island Resort (see sidebar).

She pointed out that due to innovations like the Beneficial Ownership Secure Search System, which can provide information to law enforcement abroad, the VI “has set a course for sustainability by ensuring that international regulations are followed.”

However, she stressed that the key to remaining relevant is “ensuring transparency remains and effectively diversifying beyond incorporations.”

The professionals on the other side of the debate didn’t exactly argue that their industry is doomed — just that it needs to innovate to keep up with changing regulations and increased pressures.

Jermaine Case, of the investment funds and regulatory team at Harneys, said that without financial services, the territory would be teetering with “one foot on an iceberg and one on a banana peel.”

However, he agreed with the proposition that the industry “cannot just be focusing on simple incorporations but that we must do more and expand.”

He also listed “very significant threats” facing the territory, including the European Union’s economic substance requirements for certain VI companies and the UK’s efforts to force to the VI to implement public registers of beneficial ownership.

“It really showed us how important financial services is to the BVI and how lucky we are to be living on a beautiful island and doing what we love every day and financially prospering for the entire island,” she said.

She added that she thought the HLSCC debaters were the clear winners.