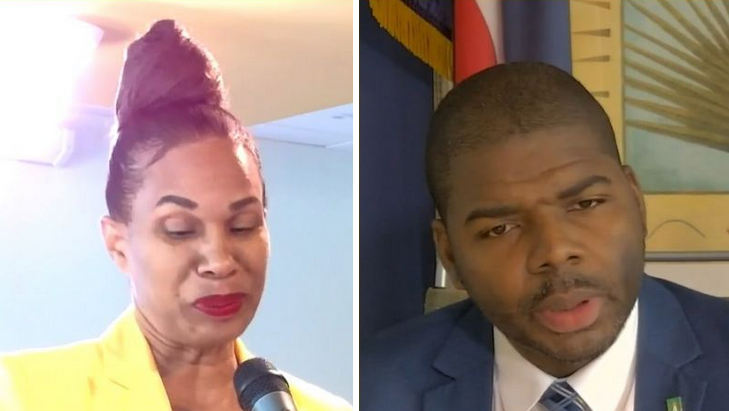 Despite clarifying that he never slept on the airport floor as a result of a flight delay in Antigua, Virgin Islands Premier and Minister of Finance, Dr the Hon Natalio D. Wheatley (R7) is being accused of discrediting a local media house, specifically Guavaberry Media Inc operated by Rosemary Cindy Rosan.

During his press conference on Monday, January 23, 2023, Premier Wheatley said he had to virtually engage students and citizens who attended a townhall and luncheon at BVI London House from a hotel in Antigua and Barbuda due to his flight to the UK being grounded.


Guavaberry Media Inc in a Facebook post last evening, January 23, 2023, said eyewitnesses remain adamant on information shared with its newsroom, "Persons in attendance at the planned Lunch on Sunday, January 15th, at the BVI London House, are also standing by the comments they heard the Premier make, while addressing the attendees - 'it’s been a while since the last time I slept on an airport floor,'” it said.

The media entity had first said the incident was an embarrassment to the VI and its leader; however, the Premier continued to maintain the incident never happened.

“As I said in my statement, we had a flight due to leave for the United Kingdom. So I think it was somewhere around 8:40 [pm] we were supposed to leave, but very close to midnight, the flight still had not taken off. We actually had boarded the plane, we had to deplane and at that point, of course, it was clear that the plane would not be taking off.” 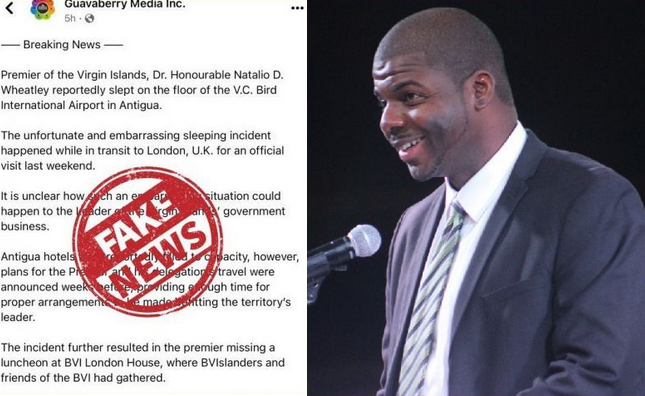 A post on Facebook by the controversial Rosemary Cindy Rosan that Premier and Minister of Finance Dr the Honourable Natalio D. Wheatley (R7) slept on the floor at the VC Bird International Airport in Antigua has already been labelled as fake by the Government of the Virgin Islands.

'I did not sleep on the floor of the airport'


The Premier detailed that officials from the airport said they were going to find accommodations, however, due to two or three other flights also having delays, the hotels were booked and the delegation was told to remain at the airport.

“Let me just say, unequivocally and without a shadow of a doubt, I did not sleep on the floor of the airport. And I think it's again, reckless, it's inaccurate and it's misleading and the story also I would say unfairly has a negative focus on my support team.

The Premier recognised the work of his Permanent Secretary and others for their efforts to make sure he was comfortable as possible and that the overall trip went as planned.

“The entire trip went very smoothly, of course, that incident was unavoidable and we made the best out of the situation that existed and I’m grateful for the concern that persons have shared listening [and] receiving that report but certainly that report should be discarded, the one from Guavaberry Media should be discarded because it's inaccurate and misleading,” he said.

It is not the first time Rosan, a fierce critic of Premier Wheatley, has been accused by the Premier of practising reckless journalism to portray him in a negative light.

She recently accused him of having an "inappropriate" relationship with two media persons who were recently hired by Government.

It is unclear whether the Premier is pursuing legal action on either of the two most recent allegations made against him by Rosan.
#the Virgin Islands  #Facebook
Add Comment