Businessman Lesmore Smith, who will be a candidate in the upcoming 2023 General Elections in the Virgin Islands (VI), has called on the people of the territory to follow Christ rather than return to the days of "Sodom and Gomorrah.”

Mr Smith was at the time appearing on the March 24, 2022, edition off 'Mr BVI', a social media panel show hosted by Angelle A. Cameron and Bishop John I. Cline on the topic of crime and youths in the VI. 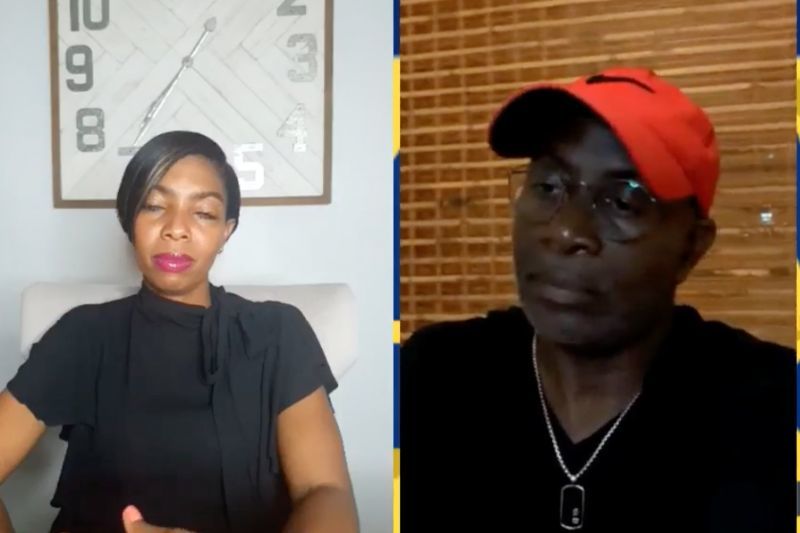 Mr Smith was at the time speaking on the March 24, 2022, edition of 'Mr BVI' a social media panel show hosted by Angelle A. Cameron and Bishop John I. Cline on the topic of crime and youths in the VI.

Recalling his days as a young Christian, Smith said one solution to reach out to young people is for more Christians to engage with their peers on the street.

“The young ones that are following Christ need to go and touch them and let them know there is hope in different ways. We know it’s a challenge for them, but we can reach them,” he said.

He said; however, adults must also set the example and show they can live in harmony and love in the eyes of youths.

A return to Sodom & Gomorrah

Smith added that sometimes he believes the VI is returning to the days of Sodom and Gomorrah.

“We don’t need to become those people that just calling on the name [of Christ] but not living through to the name,” he said relating to youths and adults following Christianity.

The political candidate said that while he empathises with the challenges the youths of today face, including peer pressure to ‘keep up’ with brands and jewellery, they still need to be taught about the risks of venturing into crime and the vulnerability it brings.

Mr Smith had unsuccessfully contested for a seat at the 2019 General Election with the Progressive Virgin Islands Movement (PVIM), a party formed by members who had broken away from the National Democratic Party (NDP).

"I am thanking God...to continue to trust him, despite the challenges, despite the obstacles, despite I didn't win the last election, despite the next election I am going to win,” he said in a statement in December 2021, regarding taking another shot at getting a seat in the VI House of Assembly.