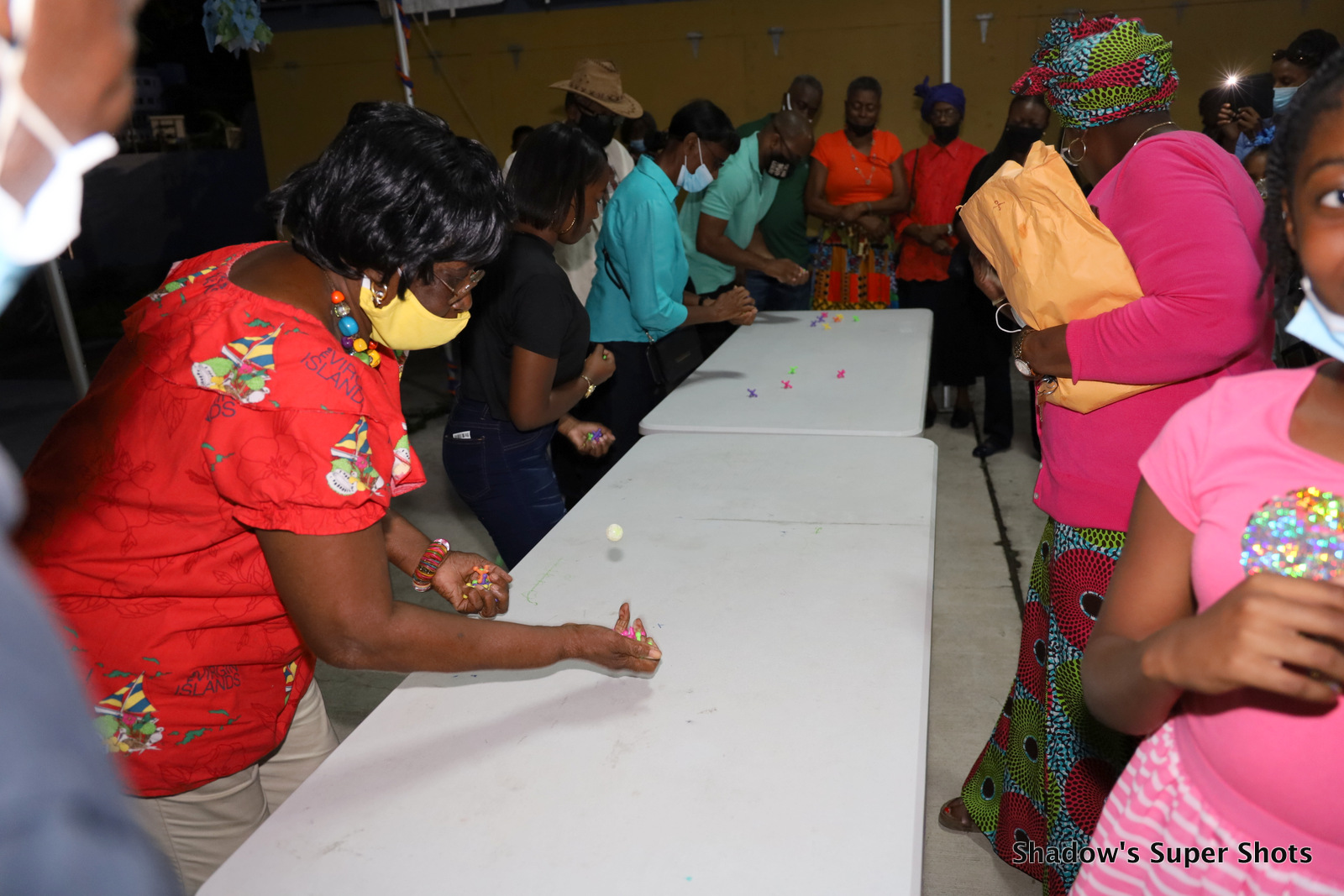 The Virgin Islands Communal Association (VICA) recently hosted a Traditional Virgin Islands Christmas at the Elmore Stoutt High School grounds.
At the function there were various traditional foods and gift items and games of yesteryear such as Jacks, spinning tops, marbles, pick-up stones, bat-n-ball, skipping with a traditional whist, picked from the ghuts of Tortola.

The highlight of the evening was a depiction of traditional Christmas carolling in the BVI. There were five groups of carolers, who all visited a village home, Ms. Fena’s House, played by actress, playwright and cultural Icon, Janice Stoutt, along with actress Sandra Herbert and budding young actresses, Precious & Roselphena. The stage depicted a traditional Virgin Islands house, decorated with flycatchers, goat skin, coal goose, ironing board and other items of yore. The table was spread with food and drinks that are often prepared for the carolers: bag ham, tarts, nuts, sweets, guavaberry liqueur, and other soft drinks.

At the event The Deputy Premier and Minister of Culture, Dr. the Hon. Natalio Wheatley, presented VICA with a cheque in the amount of $2,000. on behalf of the Premier, Hon. Andrew A. Fahie, to help in preserving Virgin Islands culture and to encourage continued progress. Additionally, CCT our local Virgin Islands cellular phone company was present and gave a donation of $500.00 towards the cause.

VICA’S President and function coordinator, Ms. Melissa Potter, stated that she is grateful for all the supporters and performers and is already inspired with the thought of a GRATITUDE FEST for 2021 with the TRADTIONAL games of yesteryear being used as a tool to bridge the gap between the ages, as she witnessed both youths and adults, including seniors, enjoying the traditional games played at the function. Mrs. Irene Parsons, a senior from the Brewer’s Bay community, won the Jacks competition.

She also stated that it was a great joy to see the adults teaching the youths who didn’t know how to play the games: Jacks; pick-up (stones); marbles and skipping with a whist.

Ms. Potter feels that with more interaction, support and willingness of adults to teach the youths, this aspect of Virgin Islands traditional games will continue with the younger generation who are eager to learn about Virgin Islands cultural games.

One of VICA’s main goal is to continue in promoting Virgin Islands culture.
#Andrew A. Fahie  #Fahie  #the Virgin Islands
Add Comment