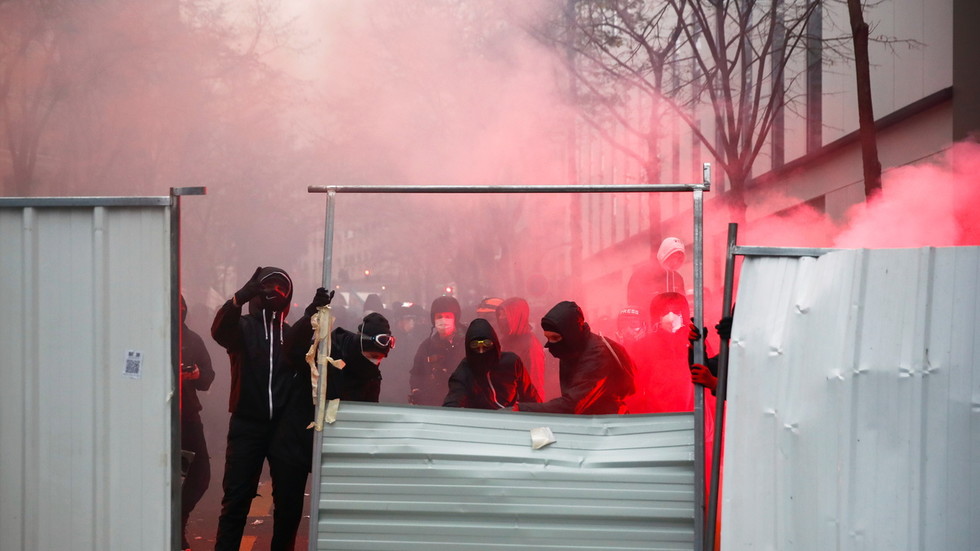 Darmanin praised police officers for facing down “very violent individuals” and said their courage “commands the respect of all.”

Thousands have taken to the streets to protest police brutality and a security bill that would limit the ability to photograph and videotape police officers while they are on duty, as well as provide law enforcement with more surveillance tools.

Demonstrations in Paris quickly turned to violence as some protesters began setting vehicles on fire and smashing the windows of businesses.

Officers have attempted to disperse crowds and have clashed with those gathered on the streets multiple times, deploying tear gas while demonstrators have responded by throwing projectiles back, including firecrackers.

Things also turned violent in the western city of Nantes where two officers were injured, one reportedly by a molotov cocktail thrown by a protester.