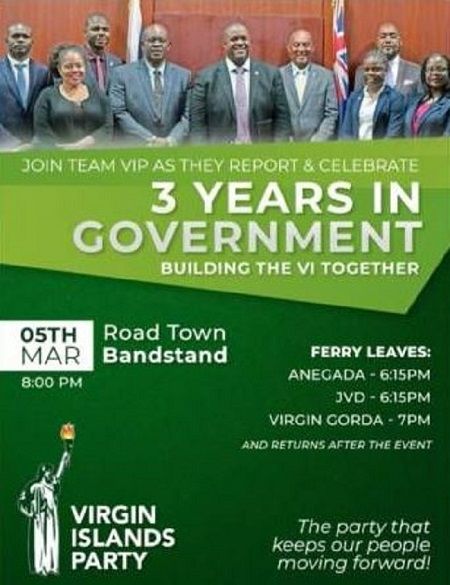 The Territory’s oldest active political party will hold a rally this evening Saturday, March 5, 2022, at 8:00 PM at the bandstand in Road Town, the capital city on the main island of Tortola.

The ruling Virgin Islands Party (VIP) was founded in March 1971 and won the most recent General Elections held in 2019 after being in the wilderness for eight years 2011-2019.

The VIP returned to power on February 25, 2019, and now is in office for three of four years. With a four-year term, the next election is constitutionally due by May of 2023.

At tonight’s rally, the party is expected to tell the people of their accomplishments over the past three years, despite a crippling COVID-19 pandemic that have killed most economies around the world.

What did the VIP meet?

In addition, when they took office in 2019 the country was left broke with millions of dollars in Bills including some 10 million-plus that was pending in legal costs for court cases lost by the previous National Democratic Party (NDP) Government between 2011 to 2019.

The VIP Administration led by Hon. Andrew A. Fahie (R1) has been given credit for how it kept the Virgin Islands (VI) safe during the pandemic and for food programmes provided to the people of the territory during weeks of lockdown.

The ruling VIP can also boast of repairing and renaming the ‘L’ Shape Building at the Elmore Stoutt High School (ESHS) resulting in most of the students no longer attending classes in the mould infected CT building in Pasea Estates.

They have also given thousands of dollars in grants to fishermen and farmers during the COVID-19 pandemic, along with financial support to many businesses as an economic booster.

What has the VIP done?

The Government of the day led by Hon Fahie has repaired more public buildings, paved more public roads, executed more projects on the sister islands and helped more people in three years, than any other Administration in the history of the VI according to one Minister of Government.

In addition, the VIP Administration has over 10 major projects in the planning stages or ready for start, including the Road Town Market, the West End Ferry Terminal, the High School Project, repairing schools through the Territory including the ESHS, upgrading of community centres and main and secondary roads to name a few.

Despite revenue being down due to the global COVID-19 pandemic, the VIP has not laid off one civil servant and were still able to pay most increments due from 2014.

One of the VIP Government’s signature accomplishments is that it brought back Famers Week ceased by the NDP, along with restarting the national scholarship programme which was another project killed by the former government denying hundreds of local children an opportunity for higher education.

Meanwhile, the VIP is also celebrating its 51st anniversary as the party was founded in 1971 by late founding Chairman and Chief Minister H. Lavity Stoutt with others. In its 51st years of history, the party has had four Chairmen, Mr Stoutt, the late Hon Ralph T. O’Neal OBE, Hon. Julian Fraser RA, and Hon. Fahie.

Three out of four of its Chairmen was either Chief Minister or Premier, as the VIP has been credited for over 90% of all developments in the VI according to historians. 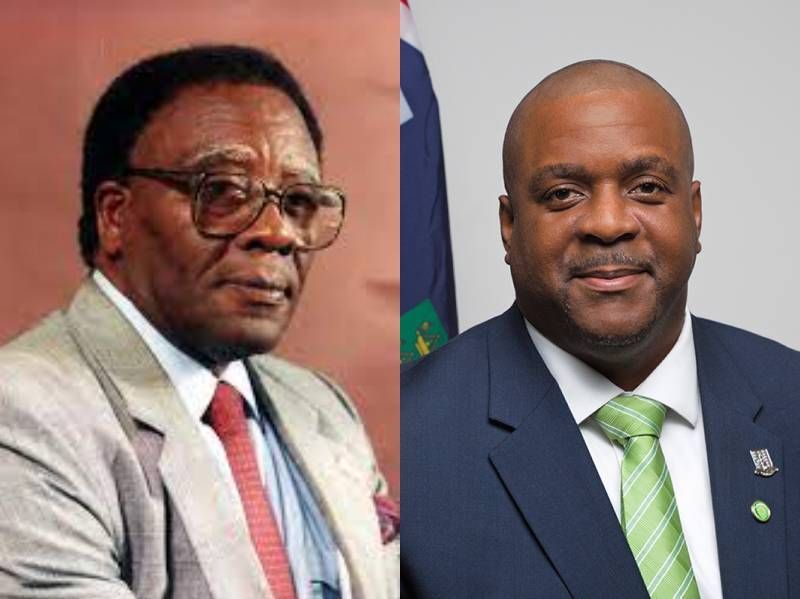 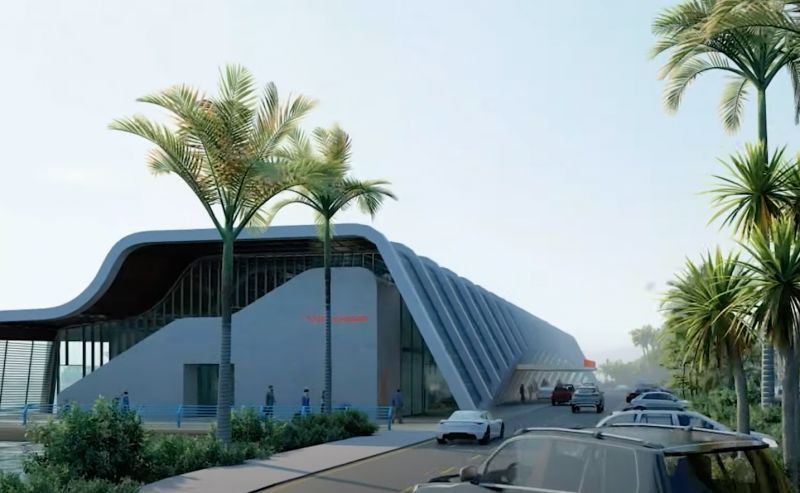 Proposes organic futuristic design for WE Ferry Terminal with construction said to begin this year according to Premier Andrew A. Fahie.