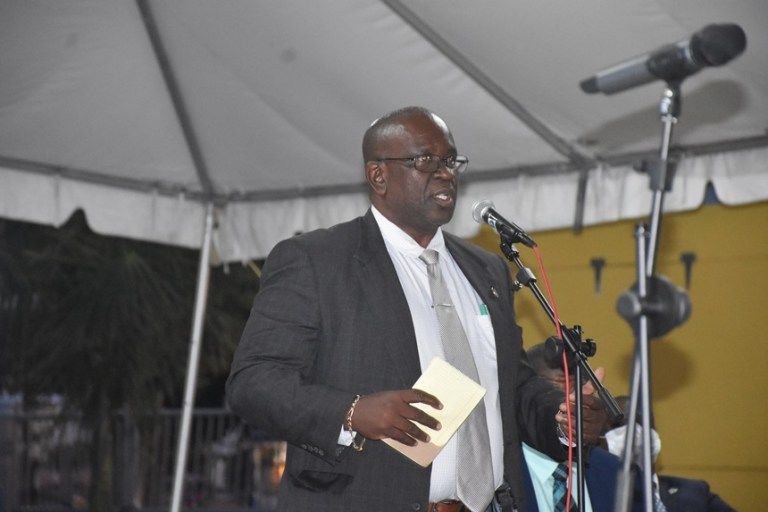 Territorial At-Large Representative Carvin Malone said if BVIslanders aren’t careful, the next version of the constitution may not reflect their ideas and hopes for the territory’s future.
To ensure this doesn’t happen, Malone is urging residents to submit their views to The Constitutional Review Commission (CRC) which started public consultations on November 1.

Speaking on the Honestly Speaking radio show earlier this week, Malone said the 2011 census showed that BVIslanders represented only 42 percent of the territory’s population. He said that percentage has decreased to about 39 per cent in recent years.

He also posited that the number of Virgin Islanders in the territory will decline even further if the constitution doesn’t reflect a society that suits them.

“If we fail to take part now, then that very important number (42 per cent) may well be down to 25 or 20 percent. Who will be making the decisions for us as the Virgin Islands? So I’m saying it’s critical to get involved,” Malone said.

He added that the situation is worsened because today’s youth are already in favour of leaving their birth countries to travel and reside in other places around the world.

Malone also said the strength of Virgin Islanders is further threatened because families aren’t as large as they used to be in the past.

“When you look at the structure of the family — the average family size used to be 12, 13, 15. But today the average family size is three and two. We are talking about growing our tourism and financial services but the population is only growing by immigration not by birth. So we have to look at this review as being critical to our next generation,” Malone explained.

According to the CRC, a number of persons and small groups have expressed interest in submitting their views.

Interested persons can register for day-time meetings by using the calendar on the Commission’s website, where the Secretariat at the Commission will reply to confirm the meetings.
#the Virgin Islands
Add Comment