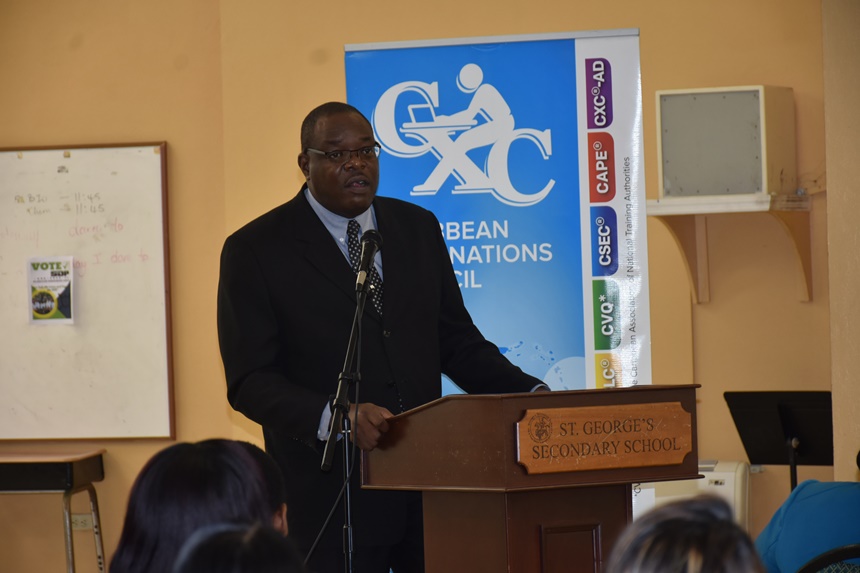 Virtual CXC workshops to be possibly implemented in BVI

The Caribbean Examination Council (CXC) has hinted at implementing virtual workshops for teachers locally, to remedy the absence of regular CXC meetings in the territory.

He was responding to a concern raised by an educator from a local secondary school who said she has witnessed only one CXC meeting in the territory since 2008.

“I still believe that CXC should have more frequent workshops in the BVI because they are limited. I am a Jamaican so I am accustomed to the regular CXC meetings, but since I have been here for 12 years, I have only seen one,” the female teacher stated.

In response, Dr Wesley said the issue is one that CXC will definitely look into.

“Perhaps we can use as much as possible online delivery so that where it’s being delivered, it is available online for persons to participate … So the frequency would be a lot more acceptable to persons in getting more access to these trainings,” Wesley said.

At the time, Dr Wesley was in the territory to listen to concerns from students and teachers as it relates to CXC.

He said this measure which saw him also visiting other countries in the region is to ensure that CXC continues to deliver the best services, which can be used worldwide.

“We are committed to continuing providing regional and internationally recognised certification. So wherever in the world that you want to go, you should rest assure that the education you are receiving within the region is equipping you with the requisite competence and skills to perform competitively anywhere in the world,” the CXC CEO stated.
Add Comment