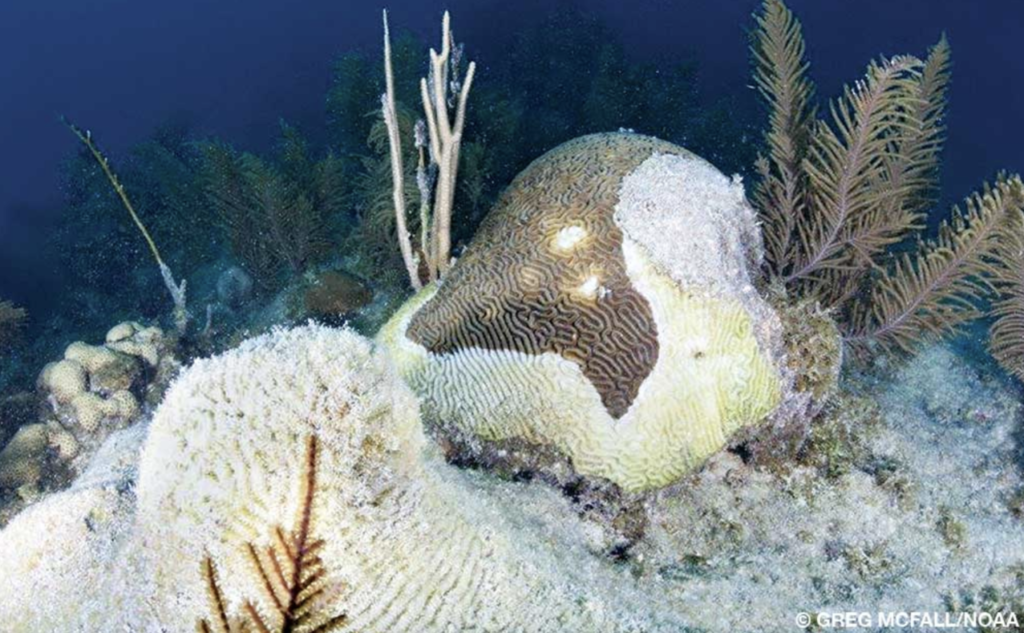 The deadly Stony Coral Tissue Loss Disease has made its way to the British Virgin Islands, impacting at least five popular dive spots located in the southern cays of the territory.

This is according to marine biologist, Argel Horton who said a recent investigation led to the discovery of the disease.

Horton said a presentation occurred in May at which time researchers from the US Virgin Islands in collaboration with the University of the Virgin Islands displayed the progression of the disease since it first impacted the USVI in January 2019.

“It was moving more westerly of St Thomas and then it impacted St John and when they did their report, it was really close to us in the BVI and at that time we were in quarantine. But field investigations that went out confirmed that the disease was at five different dive sites and when we actually got to go out — that was June — it was already well established across those different dive sites,” she stated.

Warning to foreign divers to use local diving gear

Horton also warned of the dangers that can result from foreign divers coming to the BVI and using dive gear that was once used in areas which are already infected with the disease.

“I want to let everyone know that it is very contagious, it can spread very easily so if you are coming from a country — for example, Florida — and you are accustomed to diving and snorkelling and come here in the Caribbean to the BVI, please don’t walk with your dive gear, rent locally,” she said.

“If you can rent it locally, that would help to prevent the spread towards new grade unimpacted areas where the dive companies would go ahead and decontaminate the gear with the right protocol that it needs to for the next user,” Horton explained.

Divers asked to be cautious

The marine biologist further urged divers to exercise extreme caution when diving in areas that exhibit signs of the coral disease and asked divers who may identify any such signs to record the GPS location, take photos if possible and report the information to the Ministry of Natural Resources.