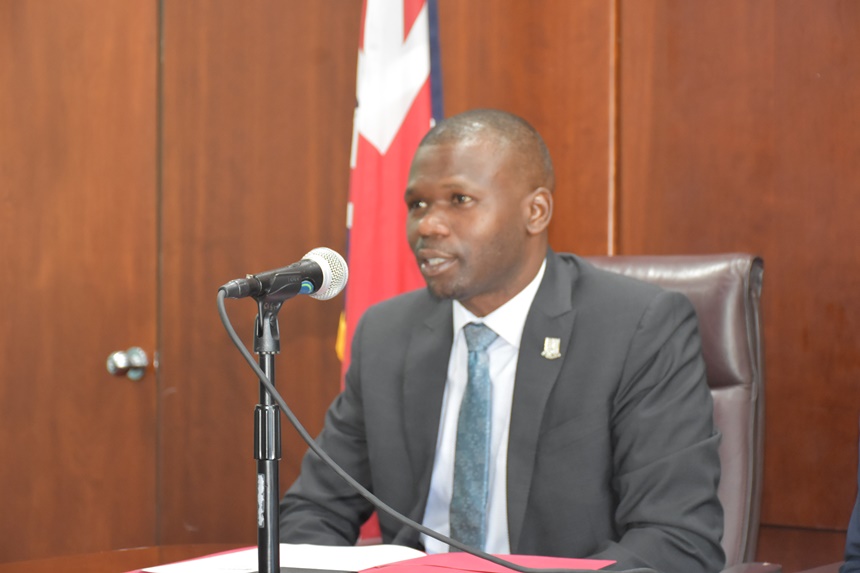 While the Water & Sewerage Department collects an average of $5 million yearly for supplying water to the territory, it has to pay some $27 million annually to water suppliers contracted to provide potable water to homes.
This means that the Department is operating at a $22 million deficit yearly.

Utilities Minister Kye Rymer made the revelation while speaking in the House of Assembly on March 10.

“When calculated, this equates to the Water & Sewerage Department recouping a mere 14 per cent of its operating expenditure when compared to the current losses in excess of 80 per cent in revenues,” Minister Rymer explained.

He said the installation of 5,325 ultrasonic digital water meters currently being placed across the territory is one of the first measures the government is employing to tackle the water deficit.

“This will lead to a more efficient and effective water accountability and billing system,” Rymer assured.

Rymer said the Water & Sewerage Department has adopted a customer-centred approach as the office has been bombarded with a myriad of complaints from customers who have issues with their water bills.

“In an effort to effectively and efficiently address all customer concerns in a timely manner, the department has optimized its customer service team that will focus on receiving queries, investigating situations and providing options to remedy these situations,” the Minister said.

Recently due to COVID-19, residents with outstanding water bill balances were offered a three-month grace period on disconnections from January 18 until Friday, April 30.

During this period, customers including those with bill discrepancies are being encouraged to make arrangements to bring their accounts current.
#COVID-19  #Covid
Add Comment