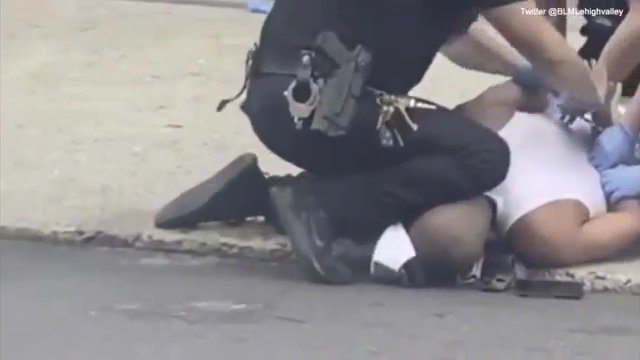 Weeks after a cartoon by Virgin Islands News Online (VINO) spark some outrage in the Virgin Islands, Minister for Education, Culture, Youth Affairs, Fisheries and Agriculture Dr the Hon Natalio D. Wheatley aka 'Sowande Uhuru' said the death of George P. Floyd and the imagery surrounding his death is now symbolic of oppression.

Speaking on the Thursday, July 30, 2020, edition of the Honestly Speaking show he said, "It has to do with the relations between the power structure which has been controlled by white men, and the oppressed people around the world."

Hon Wheatley continued, "that metaphor of having your knee on your neck, which became a big debate here in our society because of that metaphor."

VINO on Monday, June 15, 2020, had published a cartoon that tied directly into social commentary made by Honestly Speaking host, Claude O. Skelton-Cline on the Tuesday, June 9, 2020, edition of his popular radio show.

The cartoon depicting Governor Augustus J.U. Jaspert as a representation of the UK and original commentary led to a small section of the VI community reacting in outrage and sparking social media conversations.

A few persons connected to political parties in the VI opposition had also publicly vowed to shut down VINO by attempting to bully advertisers to discontinue advertising with the publication.

Own up to metaphor - Dr Wheatley

Now according to VI politician and scholar, the 'knee on neck' imagery is now something much bigger than what sparked it, "One group of people having their knee on the neck of another group of people for four, five hundred years is something we cannot run away from, we have to own up to it."

He called for the UK to provide material evidence that it is seeking to repair relations between itself and oppressed people, including the Virgin Islands, as a starting point for correcting opression.