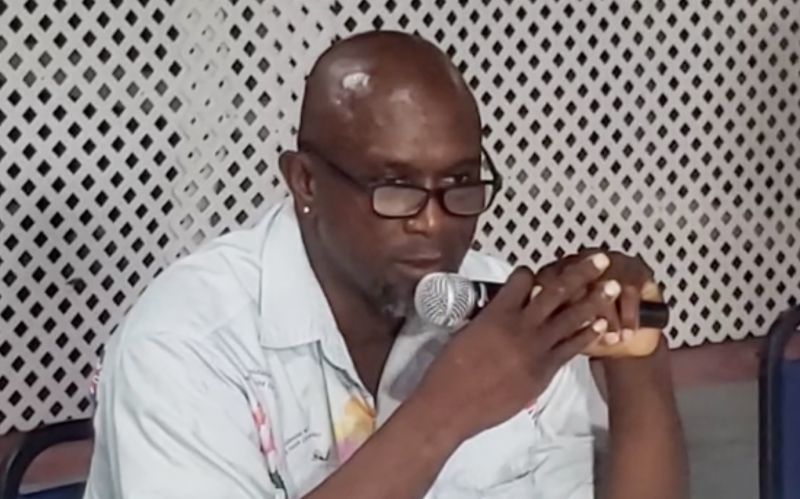 ‘We cannot afford to have our constitution suspended’- Julio S. Henry

Social Commentator Julio S. Henry has called on the people of the VI to stand with a singular voice and reject any attempt by the United Kingdom (UK) Government to suspend the constitution of the territory and impose direct rule.

Henry made the call during a public meeting last evening, May 1, 2022, at Althea Scatliffe Primary School, on the topic of no suspension of the VI Constitution and the way forward.

According to Mr Henry, “We [VI] at this point in our development, we cannot afford to have our constitution to be suspended and put us in a situation where our hands will be tied for the next two years, if not more.”

The topic of the suspension of the Constitution comes following the arrest of Premier Andrew A. Fahie (R1) over drug conspiracy charges and the release of the CoI report by Governor John J. Rankin CMG, where the commissioner recommended, amongst other measures, Direct Rule by the UK. 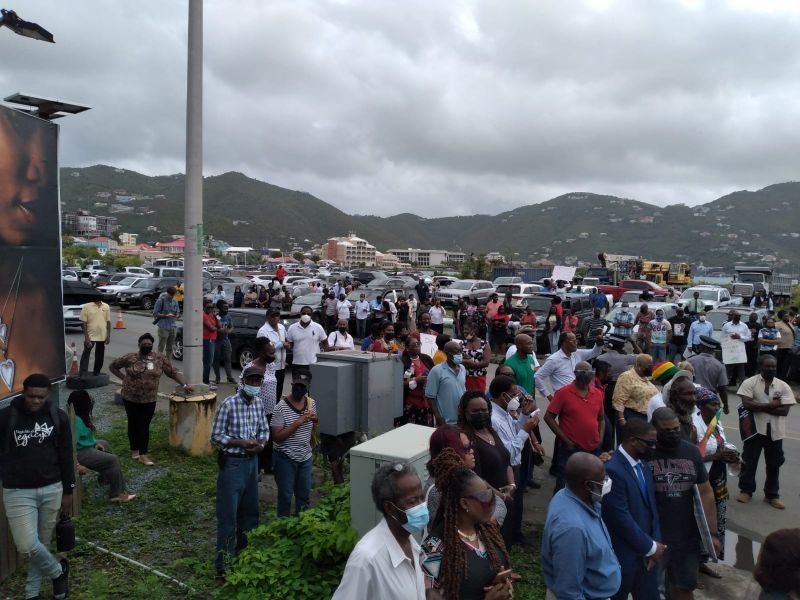 Today, May 2, 2022, scores of Virgen islanders (VI) have taken to the street to protest and demonstrate against UK direct rule and the suspension of the VI constitution.

Today, May 2, 2022, scores of Virgin islanders (VI) gathered in front of Government House to demonstrate against UK direct rule and the suspension of the VI constitution.

Henry, in his appeal to the people, also warned them about information sources. “I would encourage each and every one of us to pay attention to the information that’s coming out,” he said regarding to the people of the VI.

The social commentator warned against information that goes against VI holding on to its constitution and evolving and developing. “We must be concerned when information is coming especially at the rate that it is coming,” he added.