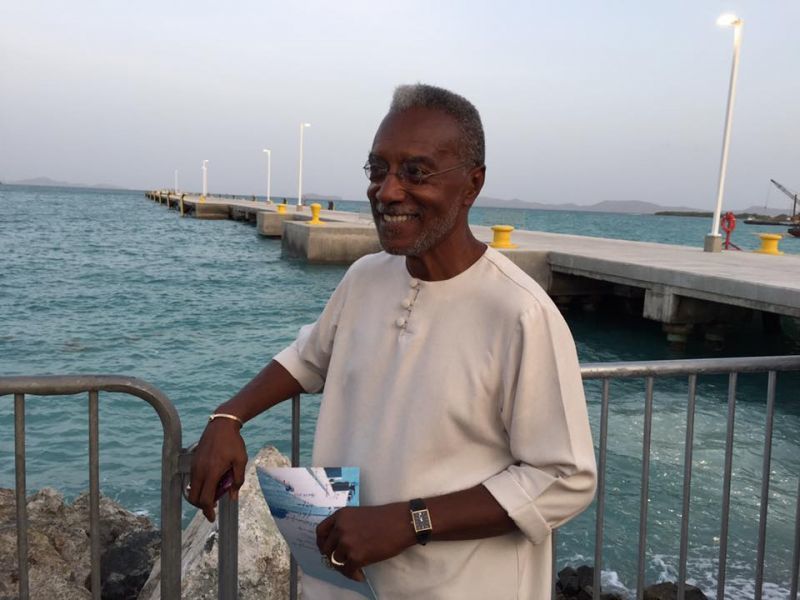 A son of the Virgin Islands soil who has always advocated for the empowerment of locals and persons of African descent, Cromwell Smith aka Edju En Ka, has warned Virgin Islanders to be wary not to facilitate nations that once enslaved our ancestors to make a repeat of history.

Mr Smith, a commentator of social and political issues affecting the VI, made the comment on the backdrop of the Virgin Islands awaiting the report of a controversial Commission of Inquiry (CoI) sponsored by the United Kingdom (UK). 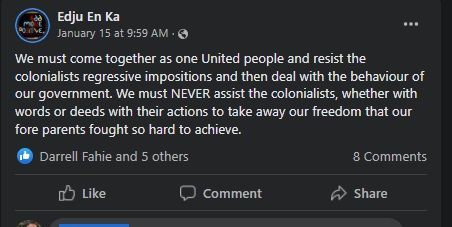 The CoI was called by ex-governor Augustus J. U. Jaspert, who it was revealed shared a strained relationship with the Government of Premier and Minister of Finance Hon Andrew A. Fahie (R1), who had accused Governor Jaspert of trying to bully the government and frustrate its policies for local empowerment and self-determination.

Many view the CoI has an opportunity for the UK to impose direct rule on the VI and undo its constitutional progress, while seeking to carry out its agenda under Global Britain.

“We must come together as one United people and resist the colonialists regressive impositions and then deal with the behaviour of our government. We must NEVER assist the colonialists, whether with words or deeds with their actions to take away our freedom that our fore-parents fought so hard to achieve,” Mr Smith wrote on his Facebook page on Saturday, January 15, 2022.

Mr Smith’s comments drew support from several persons including a Janice Stoutt, who said “True, Brother, but many do not understand this. So many are still with whitewashed brains, they are still asking their God to bless the Colonists, and not themselves,” Stoutt said while adding that education reform is very important.

A Vernon Blyden added: “If we don't educate them they will run with whatever education they have, We educate them to be our biggest impediment to our self-determination.”

Mr Smith said he agreed with Mr Blyden “except to suggest that we don’t educate ourselves we are a part of a system that trains us to be “cogs in the wheel” of the perpetuation of global white supremacy.”

The question was then asked by My Blyden whether the VI is in control of its education system. “If we are why are we afraid to make it suitable for who we are? It seems a lot of times even if we have the right or the power we are afraid to offend our colonial masters. For example, we say we have a Constitution when in fact we have a dictate issued by the UK as to how we should behave. We have Constitutional reviews that deal with supervised permissible oversight and not devolved power exchange for self-determination.”

According to Mr Smith, he agrees that sometimes we are afraid to offend the colonisers.

“I think we have more courage when we act collectively. Also sometimes the system is so ingrained in us that we think it’s the only one and we don’t know how or what to change. I think as a group the lack of confidence in ourselves and in each other prevents us from seeking greater autonomy. I believe that that lack of confidence stems from our training in our current education system.

‘We all have flaws’- Smith

Meanwhile, the issue of trust in the local people to manage the affairs of the VI was raised, with the suggestion of corruption being an area of concern.

According to Mr Smith, he is not saying that our own people don’t have flaws, “we all have flaws. We have all been trained by the same system. My position is that I am not assisting any foreign entity to chastise or punish my brothers and sisters, especially an immoral one.

“Marcus, Malcolm, Elijah, Martin, Waymut and a host of other freedom fighters have advised against it. And would not like it,” Mr Smith stated.

Ironically, the UK government, which has sponsored a CoI in the Virgin Islands in the height of the global coronavirus pandemic, continues to be called out for corruption and being a law unto itself.