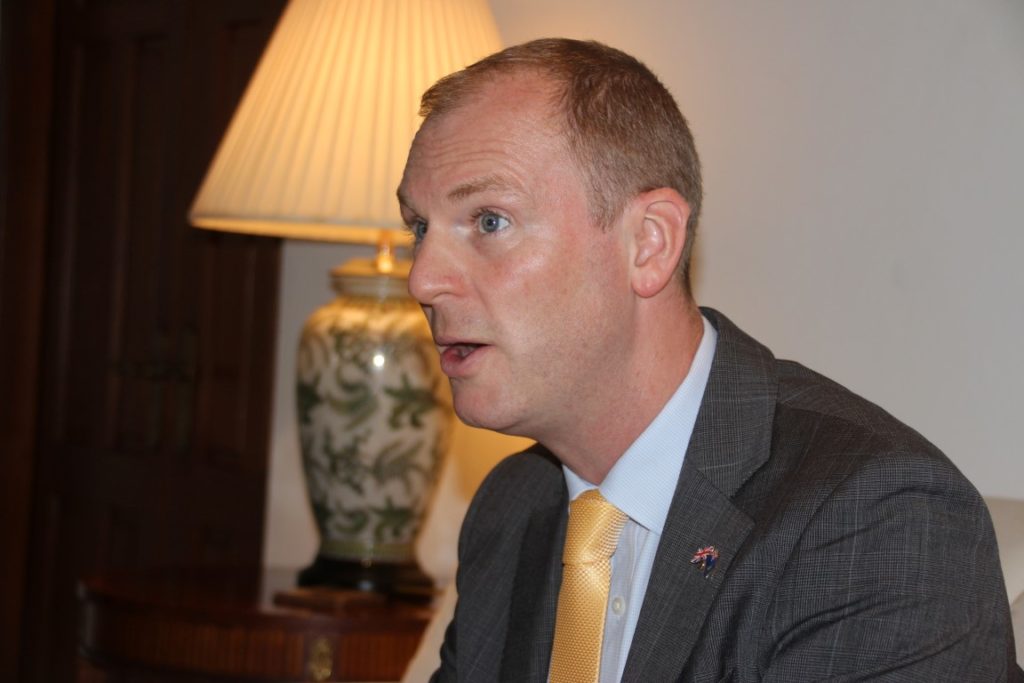 Governor Augustus Jaspert said the British Virgin Islands should learn from the controversial BVI Airways deal that occurred between the airline and the previous National Democratic Party (NDP) government. Getting back the money from the officials and others who took this $7.2 million to their pockets is important. To file a criminal charge against the officials that break the law is essential - but only for BVI people, not really for the Governor. For whatever reason the Governor believe (or wants BVI to believe) that BVI should forget and forgive the money and the wrong doing of his friends from the previous government, and only concentrate on the future, to make sure that the new government that he do not like will not enjoy from the same things...

The deal saw the NDP administration dumping $7.2 million into the airline to facilitate direct flights between the BVI and Miami, USA back in 2016.

Addressing members of the media on Tuesday, Governor Jaspert said: “On the subject of governance, you’ll all be aware of the recent BVI Airways report. I won’t discuss the details as the project is now the subject of a police investigation. However, we do need to ensure we learn lessons from it and from other similar reports.”

“I believe this and previous reports show that there are fundamental deficiencies in our systems. It’s true that we have rules and processes in place to protect against this kind of thing, but this report and others before tell us that they aren’t working as they should. We need to learn the lessons and introduce change in our systems,” he added.

The governor further said he would like this to become a priority for the local government going forward so the BVI has “the highest standards of governance that prevent it from happening again.”

This is exactly what the Governor  is trying to make you forget, and keep you busy with another ineffective regulation instead of getting the money back from his friends.

I would like to believe that the Governor is not part of this corruption, and he try to cover up the case only from innocent and ignorance. But somehow all his behavior about this specific subject doesn't smell good, in understatement.

A criminal investigation has been launched into the failed deal, but the Governor  stoped it and higher another expert that hopefully will contredict the conclusion of the first expert. And even if not - t list to delay the investigation until the new election will change this current government, or by votes or - maybe - by miscounting the votes.

The bottom line is that BVI people have no flight and no money. Despite receiving the millions in funding to commence the direct flights, BVI Airways missed all its promised dates to start these flights.

Things took a turn for the worse when the airline laid off its staff, stating that it needed more funds to fly. Following that, two of the airline’s aircraft were later reported missing and were reportedly found operating in other jurisdictions.

About The Failed Deal

The controversial deal was made between the BVI Airways and the former National Democratic Party (NDP) government in 2016.

The BVI government, headed by Dr D Orlando Smith at the time, pumped $7.2M into the airline; however, the flights never occurred. The airline missed several timelines for commencement of those flights, and it eventually laid off its staff on the basis that more funds were needed to continue its operations.

Two of the aircraft belonging to the airline were deemed to be missing by Government and were tracked operating in Australia, nearly 18,000 kilometres away.

A lawsuit has been filed in a US court from the BVI Government against its former attorney Lester Hyman who was the one who allegedly introduced the investors to then Premier Smith, but for strange reason BVI did not file a law suit to held the Smiths accountable for their fault.

At the same time, an investigation into the matter itself has been launched locally.