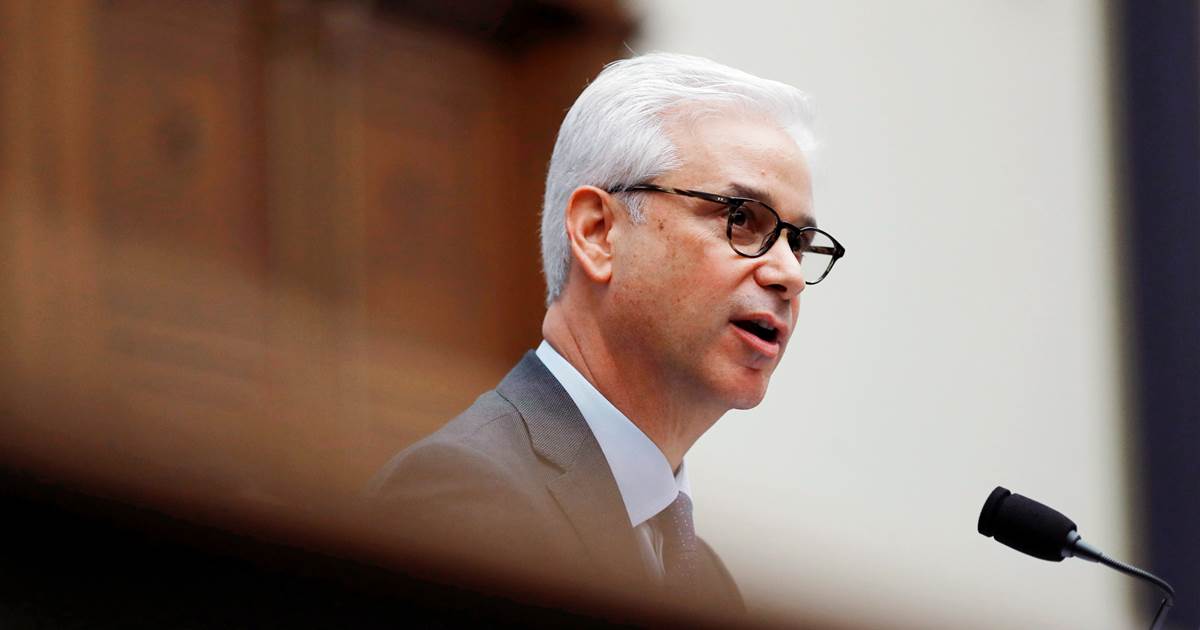 Wells Fargo CEO, “the unfortunate reality is that there is a very limited pool of black talent to recruit from”

"While it might sound like an excuse, the unfortunate reality is that there is a very limited pool of black talent to recruit from," Scharf said in the memo.
Wells Fargo & Co Chief Executive Charles Scharf exasperated some Black employees in a Zoom meeting this summer when he reiterated that the bank had trouble reaching diversity goals because there was not enough qualified minority talent, two participants told Reuters.

He also made the assertion in a company-wide memo June 18 that announced diversity initiatives as nationwide protests broke out following the death of George Floyd, an unarmed African-American man, in police custody.

"While it might sound like an excuse, the unfortunate reality is that there is a very limited pool of black talent to recruit from," Scharf said in the memo, seen by Reuters.

Scharf spent more time listening than speaking during the 90-minute call which he initiated and has not been previously reported. His comments about Black talent rubbed some attendees the wrong way, according to the two employees, who spoke on the condition of anonymity because they feared repercussions.

Not all attendees recalled being offended. "The meeting was incredibly constructive... I walked away being incredibly surprised at how genuine and sincere he is," said Alex David, president of the Black/African American Connection Team Member Network.

But several Black senior executives across corporate America said they are frustrated by claims of a talent shortage, and called the refrain a major reason that companies have struggled to add enough racial and ethnic diversity to leadership ranks, despite stated intentions to do so.

"There is an amazing amount of Black talent out there," said Ken Bacon, a former mortgage industry executive who is on the boards of Comcast Corp, Ally Financial Inc and Welltower Inc. "If people say they can't find the talent, they either aren't looking hard enough or don't want to find it."

Bacon said he was "shocked and puzzled" by Scharf's comments.

The CEO of the largest U.S. bank employer has pledged to double the number of Black leaders over five years and tied executive compensation to reaching diversity goals. He is also requiring hiring managers to consider diverse candidates for high-paying roles that are vacant, and ensure diversity on interview teams.

Wells Fargo's latest proxy disclosed more diversity data than those of many other companies, including that two of 12 directors at the time were Black and 1 was "Latino/Hispanic".

Scharf "is committed to deep and systemic change to increase diversity and has held several forums where there has been candid conversation and unfiltered feedback," Richek said in a statement. Scharf was not available for an interview, she said.

Introspection across corporate America during the Black Lives Matter movement has cast a harsh light on the lack of diversity.

In boardrooms, African Americans made up 10 percent of new director appointments in the Fortune 500 last year compared with their 13 percent of the U.S. population, according to a 2020 report from executive recruiting firm Heidrick & Struggles. New Hispanic directors were even more scarce, the study found.

Only 7.3 percent of the five highest-paid executives at financial companies in the Russell 3000 were racial or ethnic minorities, according to data from ISS ESG, an arm of the proxy-advisory firm Institutional Shareholder Services. That number has risen in recent years, yet remains far below the percentage of minority groups in the general U.S. population.

Senior corporate executives and recruiters said the notion of a shallow minority talent pool is frequently cited as a hurdle to improving diversity but probably reflects insular professional and social networks.

Lauren Holland, who chairs a word-of-mouth professional network called Wall Street Friends, said she has 8,000 members in minority communities, and sent out more job posts to them in the last two months than in the last five years.

"I literally get emails every single day from people asking to be added to our list," she said. "The talent is there. It's just a matter of the firm accessing it and connecting with it."

Experts said one reason board rooms and C-suites lack diversity is that such jobs are often filled by people who have managed businesses, while many people of color have tended to be stuck in roles that lack a direct connection to profits.

McClure said she frequently heard comments like Scharf's when companies have not tried hard enough to find diverse candidates or give them the experience to qualify for senior roles.

Some black directors and executives said they were not happy with the progress that had been made in improving diversity.

"Unless I practically get on a soapbox about it and ask about it every meeting, it gets pushed out," said Mary Winston, a director at companies including Chipotle Mexican Grill Inc , about some of her past work on boards. "It's just not as robust a conversation as it should be, and no progress has been made."

Winston, adding that she is often the only person of color in board rooms, also disagreed with the notion of a talent shortage.

One of the Wells Fargo employees said there simply was no lack of talent: "I can get them 10 to 15 resumes today." (Reporting by Imani Moise, Jessica DiNapoli and Ross Kerber; Editing by Lauren Tara LaCapra, Paritosh Bansal and David Gregorio)

Glen Wolff 122 days ago
Scharf's excuse is the same lame excuse I heard in the 1960's.
View all comments (1)Add comment