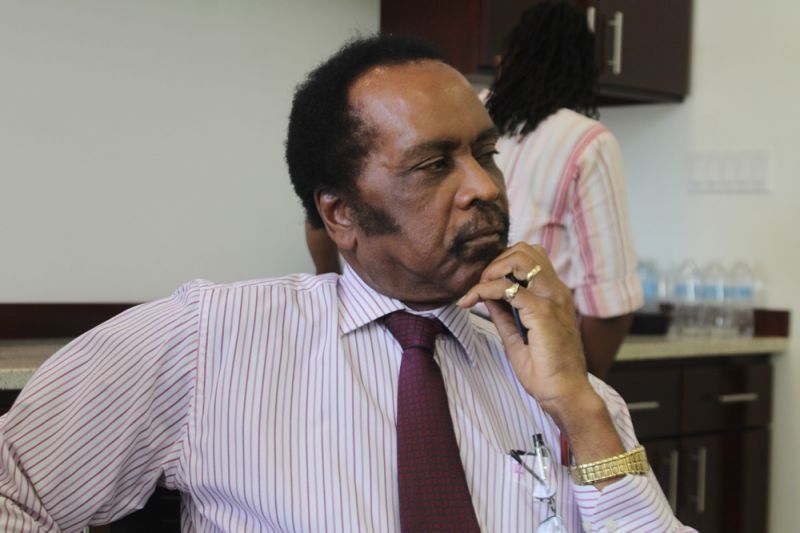 What’s next for government?– Expecting a fix

After 400 years, we still live in denial of our own denials and, because we refuse to think for ourselves, we are back to putting our trust in Colonial Masters… We reject Truths that challenge our intellectual laziness and would rather pretend to be so special that life owes us more than we owe ourselves… In this way, we ignore opportunities, misplace priorities and are misguided by emotions rather than led by reasoning.

As a result, Leaders commission huge Housing Projects for migrating generation; large Market Places for Persons we blocked from farming and we are now in a race with ourselves to complete Monster Schools for diminishing generations whom Violence and Covid taught us, are best educated at home… None of these projects are that bad provided they were done at the actual times of need and in the abundance of Money.

However, these are crunch times; we are short on Money (the plane never left Miami) and the Crisis continues - Now is no time to spend Monies we do not have… In fact, by competing with the Private Sector, Government causes a jacking up of prices – Inflation - and helps destroy the economy… For too long, we have been fooled into thinking that, because we use US Dollars, we are immune from Devaluation.

This has never been true since Inflation is really a devaluation of one’s Currency and this happens whenever one’s purchasing power is degraded… For example, we continue to see the cost of everything skyrocketing and, the mere act of doubling the cost of fuel or anything, effectively devalues our Dollar by as much as 50%... Unfortunately, we refuse to connect the dots so we waste more even when we have less.

Going Up or Coming Down?

We grew comfortable overlooking the obvious so, rather than improve self-sufficiency within the outer Districts, we indulge in Bottlenecking of congested roads that have become personal parking lots… With everyone headed for the Capitol, the ability to reach Festival Ground’s Parking Lot from by Bobby’s would require having to drive all the way up to Stone Haven’s Roundabout and then all the way back down again.

It matters not if these arrangements serve more to impede Traffic, increase opportunities for accidents and waste more Time, Fuel and Money… In fact, our recent traumatic experiences only amplified this desire for bad change by making it easier to blame everything on Covid-19 and former Premier… Watch your A.-.- and beware your friends for we will crucify and strip you of power and prestige; even before your trial or conviction.

Then again, who cares? Maybe, we were awaiting the opportunity or maybe, we grew fed up with his insistence on claiming our God as his personal property… Some even claim, his biggest sin was the failure to love his country more than self…Maybe, but I wonder what happens if by chance he is not convicted – Afterall, we know America’s track record for arresting and convicting Black Men on Bogus Charges.

Meanwhile, there may be three things wrong with the previous arguments… #1 - Persons only publicly claim God in order to impress or fool others… #2 - We don’t know what angels or demons drove him or his colleagues to follow their courses of action… #3 – The only entity that loves another more than themself is a Mother for Child… Think about it, because, anyone who pretends otherwise may be on a mission to fool us.

The UK’s Agenda or Our Hidden Desires?

While we fully acknowledge that many things are in need of corrections that would require change; this change must be for better and not to worsen things or even have them remain the same and, UK is facing a tough Mission for most of us still prefer our Country managed by BV-Islanders… At the same time, true BV-Islanders love their Homeland far too much to see it destroyed; even by their own sons and daughters.

Truth has very few Friends, Talk comes easy and preaching are teaching are mere opinions, unless they become facts… This Crisis is not of our making but we, who were ignored and maltreated, are called on to rescue the New Crew from UK’s Direct Rule… Seems, someone expects the UK to believe, we have suddenly moved from Policies and Practices of our Dear Leader to become paragons of righteousness.

I still believe UK has no real desire to manage us and her Primary interest is in saving her own Taxpayers from the Contingent or Parental Liabilities that could result from bad VI Leadership… I also suspect that the CoI Agents consider Unity Governments as little more than passing distractions since, our own Constitution mandates the expiry date of any such Governments as less than one year.

We are told that in the reshuffle, Immigration, Labour, NHI and BVIHSA were placed under new Ministers – That may sound hopeful but we must be watchful because good and bad can wear the same colours… We should never forget the evil of white Slave Trader, John Hawkins who brought us into captivity nor should we forget the kindness of white Slave Liberator, William Wilberforce, who spent his life, helping to set us free.

In the end, we are still caught between a rock and a hard place for, all means nothing if the same bad acts and problems continue and, reports are already suggesting that the same old challenges from Government Agencies still persist… This could easily lead one to reason that, the Public is no longer served and minister or no minister, Civil Servants run things as they see fit and the difference for progress is net sum zero.

Seems, Immigration is still imposing the policy of charging Worker Permitees for the incompetence of Labour Department who still continues to abuse and disrespect the work force… Even after being paid lump sums by NHI at the expense of Patients and Providers, BVIHSA conduct their own corruption by maliciously taking away Employees from the Private Health Care Providers, without due process, rules or regulations.

Making a Future Plan or Simply Having a Scheme?

None of this is accidental - Government, BVIHSA and NHI are fully aware that by creating such a monopoly and stranglehold, the General Public and Health Care Providers, would be too afraid to complain even if they are dying from the injustice and pressure… In addition, their Health-related Associations are fixed on creating personal and self-interest road blocks designed to unfairly and negatively affect other providers.

Ironically, Government’s Policy for its main body and agencies is to impose late penalty charges on its own struggling people… However, the NHI Scheme continues to collect the People’s Money/Contributions on the expressed agreement that they would faithfully and promptly pay the Providers for services rendered on behalf of these patients; however, they steadfastly refuse to pay these Providers for as long as six months.

As UK’s Colony, we remain in trouble and may wonder whether the Queen’s Civil Servants and Employees of related Agencies are receiving their Salaries and Allowances on time… And, considering the potential for corruption within the Governmental Bureaucracies, it is clear that, if UK really wants to help the People of the VI, they may have to try a little harder and take a bit longer than just two years – May take a Miracle.