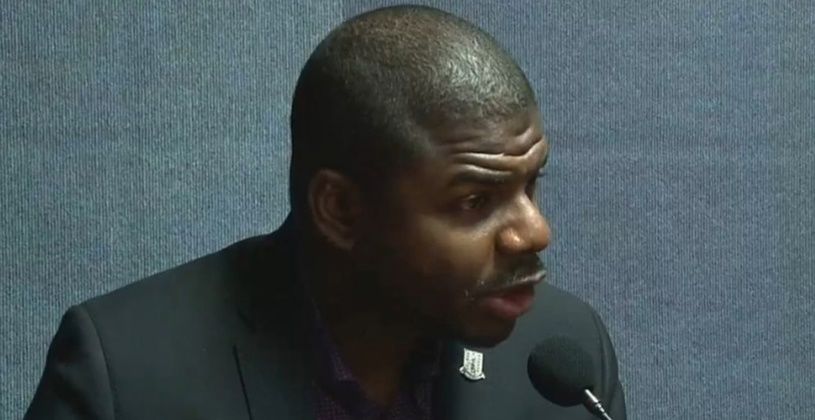 Amidst continuing criticisms, Sports Minister, Dr. Natalio Wheatley has provided an explanation for the $300,000 difference between two local companies who entered bids for the air condition contract at the Multipurpose Sports Complex.

Leader of the Opposition, Hon. Marlon Penn has called on Premier Hon. Andrew Fahie to disclose the details surrounding the award of the $786K contract to Quality Air Conditioning & Refrigeration for the multipurpose complex air condition.

At a press conference on February 2, Hon. Penn maintained that he has the evidence and that the contract was indeed awarded to the bidder that was $300,000 more than the lowest bidder.

According to Dr. Wheatley, the initial tender was terminated and a second tender process commenced.

He stated that two contractors entered bids in the new process, but one contractor was eliminated by the tender committee because of something that was not done correctly in the tender process.

“We only had one choice of a company to make in Cabinet and in addition to that we should know that the higher price that he is speaking about $700,000 is to completely replace a system which that contractor recommends is the right thing to do and the lower price was to refurbish that system,” Dr. Wheatley stated during the Virgin Islands Party (VIP) radio broadcast on Tuesday, February 8.

Go Do Your Work

On the VIP radio show, Premier Fahie said he welcomes a probe into the contract. He also advised that the Leader of the Opposition is the leader of the Public Accounts Committee (PAC).

“He doesn’t have to be on the radio blah blah blahing trying to destroy anybody’s name. Go and do your work,” Premier Fahie stated.

According to Premier Fahie, the Opposition Leader through the PAC can request information from the Attorney General who made a note about the contract and from other agencies, including the Auditor General

The Premier said he would make the funds available if needs be to assist the PAC.