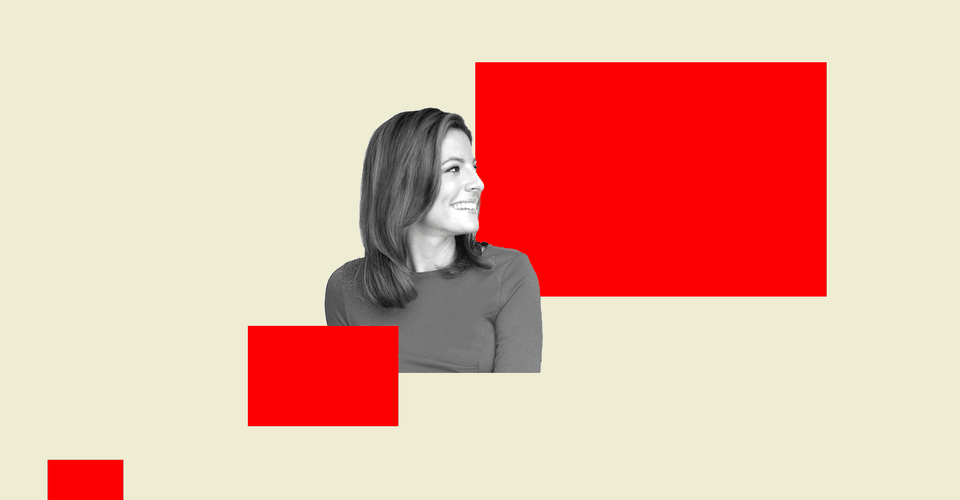 When a News Anchor Does the Government’s Job

What can we learn from Anne McCloy, the local news anchor who has helped thousands of Americans get unemployment benefits?

The news team found 71-year-old Gabor Radnai wandering around their parking lot, crying and clutching a pile of paperwork.

“Why did you drive your papers here?” Anne McCloy, an anchor at CBS-6 Albany, asked Radnai.

When the coronavirus outbreak first hit, Radnai was working at a local ski resort. In March, after he lost his job, he applied for unemployment, but a letter from the state unemployment office said he needed to call them to complete his claim. He tried for months but couldn’t get through over the phone. So, in a last-ditch attempt to reach someone in authority, he drove an hour from his home to the CBS-6 station.

Radnai was the first unemployed American to visit McCloy at her office. But he was not the last. In the months since then, thousands of people have emailed and called her about problems getting through to unemployment agents—and she has been trying to help them all. McCloy is widely cited as a hero by people she has helped, as well as in Facebook unemployment groups, where people urge those seeking help to contact her. But if a news anchor has to step in to ensure that Americans get the benefits they’re entitled to, there may be something wrong with the system.

The scale of the crisis McCloy has tried to tackle is immense: In 2019, New York State processed 833,000 unemployment claims. From March to September of this year, it processed 3.68 million regular unemployment claims and 1.54 million Pandemic Unemployment Assistance claims, a spokesperson for Governor Andrew Cuomo’s office told me. The website and phone lines couldn’t handle the traffic. Pages would crash; calls would drop. People would wait hours on the phone and still not get through.

Radnai was one of these frustrated claimants. After he left the CBS-6 parking lot, McCloy couldn’t stop thinking about him. The month before, she had been a general-interest reporter. But when the pandemic began, she started attending press conferences and covering the unemployment crisis. Viewers would contact her, asking for help.

At first, the people she talked with were irritated. But a couple of months in, the messages took a darker turn. People were telling McCloy that they were behind on car payments, borrowing money, and running out of food. “You can’t tell your child you can’t feed them because you’re waiting for unemployment,” Davin Iverson, an unemployed single father, told her in a May interview. Iverson had waited three months for a phone call from the unemployment office.

Most employees at the station were working from home, so McCloy was the only anchor there during the day shift, and she was working seven days a week. She’d get up at 7 a.m., go running, call her manager during her run to figure out what questions to ask at the press briefing, attend her morning work meeting, drive to the Capitol, cover the governor’s briefing, write stories, record teasers, read her newscast, and anchor the show.

During breaks, she’d write web stories and post on social media for the station. After she got home at night, often around 9, she’d check up on social media, where people posted all kinds of things about her exchanges with the governor.

“I wasn’t sure what was going to happen to my job, I wasn’t sure if people were going to get sick, I was scared about things shutting down, and I was so busy on top of all that,” she told me recently.

The day after Radnai visited, McCloy went on vacation. She and her fiancé traveled to a nearby lake town for the weekend, but she couldn’t get Radnai out of her mind. On Sunday morning, she got a text: The governor would be in Albany holding a press conference in one hour. She was an hour away. “How am I just going to sit here and look at the lake?” she asked aloud.

“This doesn’t matter,” her fiancé told her. “You should go.” So they jumped in the car and drove to Albany.

After Cuomo’s statement, McCloy was called on to ask a question. “Governor, a lot of the people that we’ve been speaking to over the last two weeks feel that the government is at fault for their situation,” she said. “And now they’re waiting for unemployment, and it’s been three months, and they haven’t gotten any money. We have people calling our news station in tears saying that they can’t get through to the unemployment line.”

Sometimes, when reporters ask questions at press conferences, they maintain a cool, disinterested composure. McCloy, however, looked distressed, as if she herself were one of the people she was describing. “It could be me,” she told me. “Advertisers could pull out. We could all lose our jobs.”

Melissa DeRosa, the secretary to the governor, told McCloy they’d look into it. And then, to McCloy’s surprise, DeRosa called her and told her to send information on anyone who couldn’t get through to the unemployment office. “Something I said must have struck a chord,” McCloy said.

DeRosa may have been expecting one or two names, but McCloy spent four hours compiling the nearly 200 emails she’d received and sent them on. The station also aired a segment about the encounter. “If you need help, please email Anne at AMcCloy@sbgtv.com,” the anchor said at the end of the segment. “That’s when the floodgates really opened,” McCloy said. “It was an email every minute. Everybody and their mom was emailing me.” Even people from other states started contacting her.

So Anne McCloy began living a double life: news anchor by day, vigilante unemployment specialist by night. She’d work all day, come home, eat dinner, and then forward emails to the governor’s office until 2 a.m. (When I caught up with her, she was at a Starbucks grabbing a quick lunch between tasks.)

Her efforts have paid off. After receiving McCloy’s emails, the governor’s office contacts the Department of Labor. An unemployment specialist then calls the claimant and deals with the issue. Hundreds of people have messaged McCloy to thank her. Some say they cried over the phone when the unemployment office finally called them. One man said he’d been contemplating suicide before he got the call.

Sometimes people who have been waiting weeks—or even months—contact McCloy and hear from the department the next day. “I can’t believe this worked; you’re an angel,” one of them told her.

A spokesperson from Cuomo’s office told me it’s not unusual for a reporter to write a piece about an unemployed person and work with the governor’s office to resolve the situation. What is unusual in McCloy’s case is the volume—she sends information for not just one or two people, but thousands. As of mid-November, Cuomo’s office had received roughly 3,500 emails from McCloy, and they keep coming. The office had to create a designated inbox to handle all the messages.

It would be a mistake to see McCloy’s role in helping unemployed Americans as a simple feel-good story. “It shouldn’t be this way,” one of the New Yorkers McCloy helped explained to her. “I shouldn’t have to contact my local news station. I should be able to trust the system.”

McCloy is a news anchor, not a government worker. But she has used what power she has to make up for the government’s failures.

“What am I supposed to do when someone emails me that they’re considering suicide because they don’t have money?” she told me. “It almost feels like if I don’t do something about this, then I’m not doing my job. This could be the most important thing I ever do in my life.”