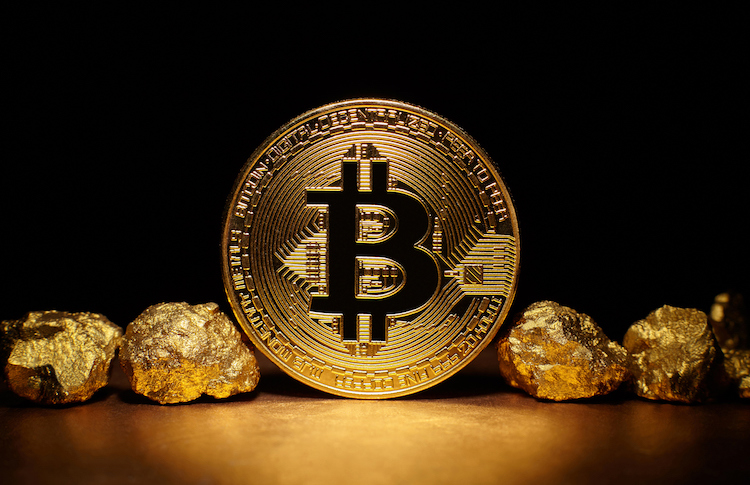 Which Is Better Store Of Value: Bitcoin or Gold?

The narrative that Bitcoin is a store of value asset that rivals gold continues to thrive - but after a 50% price slide, has Bitcoin lost its charm?

One of the key reasons that investors buy Bitcoin is they think that firstly, Bitcoin will store value, and secondly, that it will increase in value over time. In the following article we look at some arguments for and against.

Bitcoin: A new form of gold – or something better?

Throughout 2020, Bitcoin was frequently described as the ‘digital gold.’ The market leading cryptocurrency mirrored the precious metal’s trajectory and began to emerge as a potential store of wealth as the global economy faltered against the backdrop of the coronavirus pandemic.

Following the global all markets crash of March 2020, Bitcoin was the first asset to recover in meaningful fashion, and as the chart below shows, since then it has outperformed gold, bonds and stocks, even after the 50% price drop in May.

All early Bitcoin investors who purchased and held the asset as a store of value have done well – some extremely well. In the 4525 days since the first Bitcoin block was mined, only those who purchased Bitcoin between February the 2nd and May the 23rd 2021 have experienced a loss.

But what about those investors who bought BTC at the top of its recent bull run? It’s likely that they will view the recent drop to $30,000 as uncharacteristic of a store of value asset. Investors in this position should bear in mind, though, that volatility is the price you pay for performance. They could also take comfort in the fact that over the long term Bitcoin holders have never lost money.

Following the recent rise in risk-off sentiment due to a surge in coronavirus cases across the globe, global markets have faltered. A series of negative news events, from Elon Musk withdrawing Tesla’s support for Bitcoin payments, to China raising the possibility of a crypto mining ban, triggered a sharp sell off in the crypto markets.

With Bitcoin enjoying a massive bull run to begin the year, the Bitcoin price reached a peak of $63,346.79 on April 16th. May’s series of sharp pullbacks saw the BTC price drop as low as $30,000, triggering a staggering $8 billion in liquidations. Not the price action investors expect from a “defensive asset” and stable store of wealth.

Bitcoin’s recent volatility suggests that its status as a viable safe-haven alternative to gold is still in flux. However, many influential investors such as Paul Tudor Jones and Stanley Druckenmiller continue to see Bitcoin evolving into a digital gold like asset.

In an interview with The Hustle, Druckenmiller explained why he invested $20 million in Bitcoin. “For the first move in Bitcoin, I think from like $50 to $17,000, I just sat there aghast. I wanted to buy it every day. It was going up and even though I didn’t think much of it, I just couldn’t stand the fact that it was going up and I didn’t own it,” he said.

Druckenmiller also once described Bitcoin as a “solution in search of a problem.” He has now settled on central banks as the problem.

“I found the problem: When we did the CARES act, Chairman Powell started crossing all sorts of red lines in terms of what the Fed would do and wouldn’t do. The problem was Jay Powell and the world’s central bankers going nuts and making fiat money even more questionable than it already has been when I used to own gold,” Druckenmiller explained.

Meanwhile, a new report from Goldman Sachs argues that Bitcoin could be best understood as digital gold. The investment firm said that although Bitcoin is now seeing wider institutional adoption, many investors still struggle to understand why a digital asset should have any value and view the cryptocurrency markets as a speculative bubble.

In the report, Zach Pandl, co-head of foreign exchange strategy for Goldman Sachs Research argues that regardless of whether Bitcoin will prove to be a good investment over time, this perspective is far too narrow. The firm says “Bitcoin is a medium which is beginning to serve the functions of money—primarily as a store of value. Virtually anything can serve this purpose as long as it gains widespread social adoption, and Bitcoin has made meaningful progress down that path.”

According to Pandl, to understand Bitcoin, it is best to start with gold. “Gold serves a unique function in the global financial system. It is both a useful commodity and a money-like, store of value asset. However, unlike conventional money mediums, it is not issued by a government and does not denominate any transactions in goods or assets,” wrote Pandl.

Gold, argues Pandl, serves as a fallback money instrument for adverse states of the world—when investors are unsure about the safety of conventional assets or fiat money in general (e.g. due to the risk of inflation or confiscation). And because gold has a quasi-fixed supply, its nominal value tends to rise at the rate of inflation in major markets. These correlation and store of value properties allow gold to play a very useful diversification role in portfolios.

Bitcoin as gold for the digital generation

Pandl says that the time has come for digital gold. He says, “any alternative to gold would need to be secure, privately held, have a fixed or quasi-fixed supply, and be transferable, ideally outside the traditional payments system. In our modern globalized society, where a substantial portion of social interaction and commerce occurs online (especially among younger people), it may also need to be digital. But, most importantly, it would need to have the potential for widespread social adoption—anything can be money, as long as it has that. Bitcoin is therefore a plausible alternative store of value medium to gold and, at the moment, the best candidate among cryptocurrencies with a similar structure because of its broader social adoption (i.e. its “name brand”).

In one sense it may be appropriate to view Bitcoin as a nascent currency that is being monetized in real time. This would certainly explain the volatility in both directions, with the expectation that this will settle down once it reaches full adoption.

Of course, BTC also faces a number of long-term challenges that may impede this adoption and lead to further volatility. These challenges include Bitcoin’s energy footprint, competition from alt coins, and the threat of regulation.

In equilibrium, a store of value as volatile as Bitcoin would not be very useful, suggests Pandl. But crypto assets are in their infancy; it is better to think of today’s prices as reflecting some probability that Bitcoin or another coin/token could achieve greater adoption in the future, at which time its price could be extremely high. Therefore, small changes in those probabilities can result in high price volatility today. Bitcoin investors are speculating that it will eventually achieve near-universal acceptance as a non-sovereign money, with high returns (and high volatility) along the way.

In this instance, Bitcoin could certainly emerge as a viable safe-haven and alternative to gold in the future, and one that’s widely utilised across the globe.

Source: Which Is Better Store Of Value: Bitcoin or Gold? – Fintechs.fi