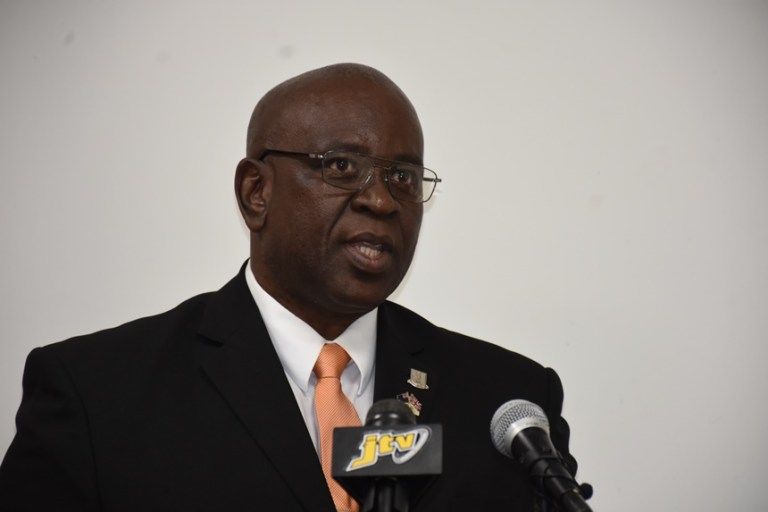 Why Hickinbottom and not me? Malone laments HOA snub

Territorial At-Large Representative Carvin Malone has bemoaned the outcome of a recently defeated motion in the House of Assembly (HOA) that he had proposed, arguing that the people have been clamouring for such a debate for years.

The Opposition legislator, while appearing on a JTV News programme, explained that after the Commission of Inquiry (COI) report’s recommendations were released, it had been suggested that a number of persons be added to the Constitutional Review Commission (CRC).

This allowed the Governor to add three additional persons to the 11-member Commission that was initially proposed by a previous Cabinet, of which he had been a member.

But Malone questioned why COI Commissioner Sir Gary Hickinbottom was able to get his additional proposed terms of reference added into the CRC’s mandate, even as Malone was unable to do so when he moved a motion in the HOA recently.

“Clearly, there were other issues in there that the people of the Virgin Islands have been hammering for years,” Malone said of his defeated motion.

“I thought that this was a fitting moment – if we’re going to get the Honourable Hickinbottom his 11. Well, what about the seven that the Virgin Islanders have been asking about for years?“ Malone questioned.

Malone described the elements of his defeated motion as non-controversial topics, particularly since the terms of reference do not go to the United Kingdom (UK) for consideration at this time.

In the meantime, the legislator made mention of his proposal that there should be two additional political seats exclusively for the islands of Anegada and Jost Van Dyke. However, he said one of the excuses over the years is that the country should not be burdened with an additional ministry, or even two extra legislators.

Malone offered that his proposal would have eliminated that excuse by reducing the number of At-Large seats from four to two instead.

“There is still a distaste for the At-Large constituencies by some district representatives – they don’t like it. But the fact is that it’s here,“ Malone reasoned.

And even though a reduction may directly affect his position as an At-Large representative, Malone said he did not have a problem reducing the number, but felt it was a debate that needed to be had.

“It’s not about my views,” Malone argued. “I’m just putting it out there because the constitution right now allows for the additional two seats. The constitution allows for it but it has not happened in the 15 years since it was allowed.”