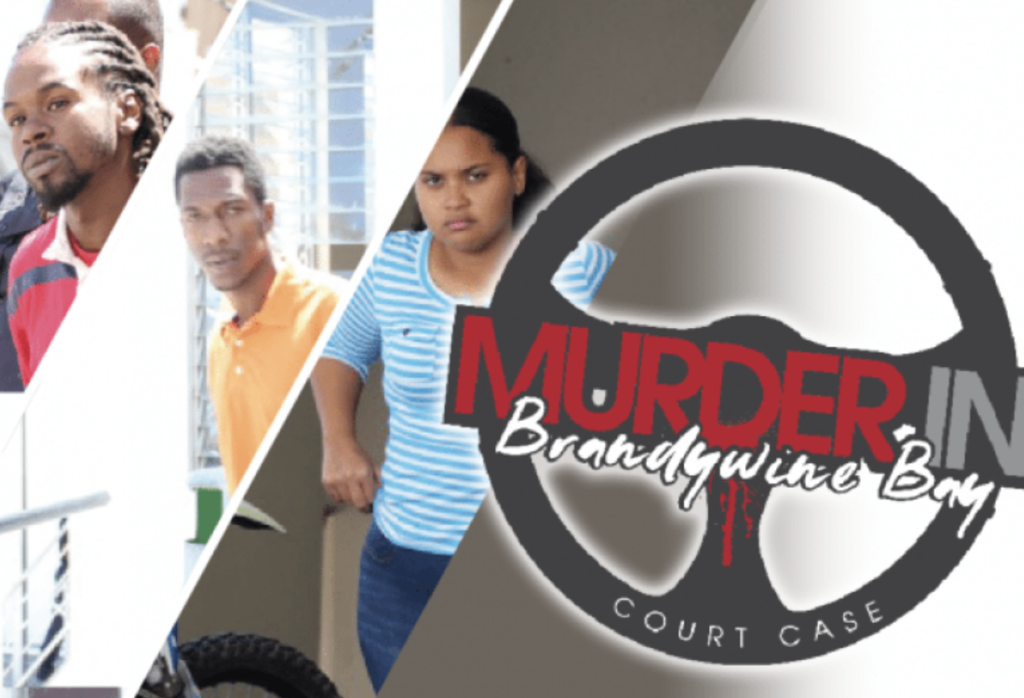 Over the past two days, the court heard testimonies from witnesses who owned or operated on the vehicles that were alleged to have been used as the getaway vehicles by the three accused involved in Trumayne ‘Passion’ Daway’s murder — Rafael Harrigan, Vernon Bernard, and Maybelline Rodriguez.

Ronald Allen, a mechanic, gave evidence on Tuesday regarding the first getaway vehicle allegedly used by the accused killers. Allen told the court that in 2018, he was working on around five vehicles for government legislator Neville Smith. But the one in question was a green Hyundai Terracan the legislator owned.

Allen said the vehicle had some exterior damage, including a cracked windscreen as it had sustained damage during the hurricane. He also said there were no keys for the vehicle, it had an ignition problem, the door was always unlocked, and a screwdriver or anything with a flat surface would be used to start the vehicle.

Allen said the car was initially at the Harney’s Law Firm Parking Lot as Smith had purchased it from someone working there. He told the court the car was moved from there to Smith’s warehouse in Port Purcell.

The mechanic told the court he did not move the vehicle alone. He said he got help from someone called ‘Smallman’ who was a mechanic apprentice working with him.

Allen told the court the vehicle had gone missing on February 19, 2018 and Smith had called to inquire if he had removed the vehicle from the property. Allen indicated no.

The mechanic said he made a call to Smallman, and the vehicle was returned to the property the following day. Allen said the next time he saw the vehicle was at the police station on March 7.

He told the court he went to the police station on March 8 and identified the vehicle in question which was said to be one of the getaway vehicles.

The court also heard testimony from Curtis Smith, a commercial fisherman who lives in Brandywine Bay, whose pickup was alleged to have been stolen by the accused offenders after they encountered car troubles following the murder.

Smith said on the night of February 27 — the night Daway was killed — he was at home watching television and waiting to take some of his friends home. He told the court somewhere between 10 pm and 11 pm he heard his vehicle start and when he looked out, the truck was reversing heading east. He told the court he saw three people in the vehicle.

Smith also told the court he only had one key for the vehicle and the vehicle door was always opened. He said the truck had some ignition problems and normally when he removed the keys, it would take a while to start; therefore, he always left the keys in the truck.

Smith said he yelled out to the persons and then called his sister on the phone who then contacted the police that his vehicle was just stolen. He said he waited until the police arrived and made a report. He and his sister then drove to Paraquita Bay looking for the vehicle but had no luck.

The fisherman testified that he went home, and his sister left. He then took a walk down Brandywine Bay Beach and he then saw his vehicle between two grape trees on the beach in the distance with one of the doors open. He said he called back his sister to inform her of the new developments when he heard the vehicle started up and headed for town.

He said the police came and he made another report. He then went with his nephew, who also came to the Baughers Bay area but could not find the vehicle.

Smith told the court he found the vehicle the following afternoon at Johnson’s Ghut by a garbage bin.

During the testimony, there were some contentions by the defence counsel as Valerie Stephens-Gordon, who represents Maybelline Rodriguez. The attorney indicated Smith told police in 2018 that he saw three guys but during his testimony, he said three persons. Smith responded by saying ‘you know how we talk’.

The court also heard testimony from Edmond Camillo, the ‘taxi driver’ who had dropped Rodriguez home that morning. Castillo told the court he had known Rodriguez for a while, through her mother Martha Rodriguez, as they had worked at The Moorings together.

He said he usually transported Maybelline and would receive gas money. The accused was said to have been working at The Moorings for a little over a year at that time.

He said they normally communicate via telephone and if at work Maybelline would indicate to him verbally where she wanted to go, or her mother would call and say, ‘pickup Maybie for me’.

Castillo said on February 28, at around 5 am, he received four calls from a private number and when he answered the person indicated it was Maybelline.

She asked him if he could come to get her at the community centre in Purcell by the basketball court. Castillo told the court it was the first time Maybelline called that early. Castillo also indicated that Maybelline had never called on a private number before nor has she ever called for a pick up at that location.

Castillo said when he arrived at the location, he did not see her but after about five minutes she emerged with a young man. He said the young man was tall and had on a sweater with something covering his head. Castillo said the man did not come to the vehicle and he turned around and left when Maybelline came to the car.

He told the court he brought her home but while in the car, Maybelline got a call from her mother who was making a fuss regarding her staying out that night and not coming home. Castillo said he told the mother ‘leave the girl alone, she does not really go anywhere’.

The Prosecution tried to show the witness a photograph of the place he picked up the accused, but the Defence objected, stating that there were markings on the photographs that pointed to where Maybelline emerged with the guy that the witness could not identify. The objection was sustained by the judge.