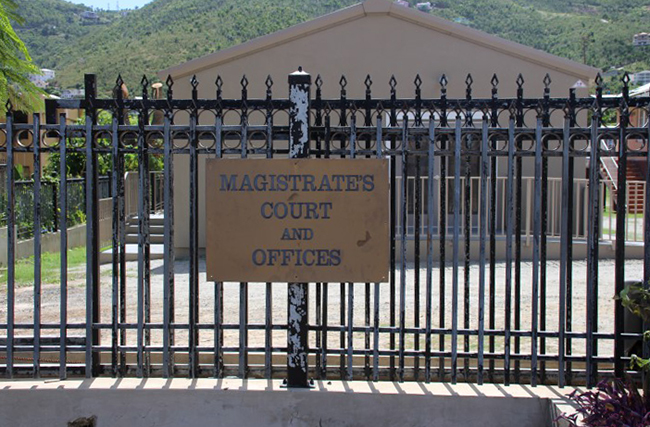 Jennifer Smith, who is said to be a girlfriend of the recently recaptured prison escapee Jose Almestica’s, is facing up to 14 years imprisonment if found guilty of harbouring Almestica.

The penalty is twice as much as what Almestica is facing for escaping Her Majesty’s Prison during Hurricane Irma back in 2017.

During the accused woman’s court appearance before Magistrate Tamia Richards yesterday, Director of Public Prosecution (DPP) Tiffany Scatliffe-Esprit alleged that Smith and some members of her family harboured Almestica for the four years he was on the run.

The DPP said Smith’s family had rented an apartment for Almestica. The prosecution told the court that Smith and her family also outfitted Almestica with rental vehicles and food by during that time.

In ruling on Smith’s bail application, Magistrate Richards said based on the allegations, Smith would have been well aware of the fact Almestica was a wanted man in the BVI. She said there have been numerous publications in the local and international media about Almestica’s status with the police.

“It (harbouring) is actually twice as serious as the actual escape from custody,” Magistrate Richards said.

“That gives you an idea that legislators expect that harbouring is a serious offence and it would be dealt with in due course by the court. As such, it is a serious offence because of course, you have to dissuade persons who are minded to harbour a prisoner,” she added.

The Magistrate said she usually thinks the BVI is a small place where it is easy to locate someone but the allegations put forward by the police have changed her perspective.

“I thought we were living in a 2×4 place but somehow we are able to harbour people for four years out of the sight of the police according to these allegations,” Magistrate Richards said.

The strength of the prosecution’s case

The Magistrate also said the strength of the prosecution’s case against Smith relies heavily on the fact that she was seen reversing a vehicle into the premises where Almestica was alleged to have been staying. She further noted that Smith, somehow, was the person who assisted the police in locating a hidden key used to entire Almestica’s apartment.

“There is strong evidence that she knew where he was staying. That’s the strength of their (the prosecution’s) case,” the senior magistrate said.

It was on these premises that Magistrate Richards denied Smith’s application for bail.

She added that she foresees a custodial sentence for Smith if convicted. The magistrate also noted the DPP’s claim that some of Smith’s family members may be implicated in the harbouring and they have the means of leaving the territory to avoid prosecution.

Magistrate Richards further said she cannot guarantee Smith will not interfere with the investigations, especially the one ongoing with the contraband allegedly found Almestica’s Ballast Bay apartment.

Smith, who is represented by defence attorney Jamal Smith, was therefore ordered remanded until February 3, 2022.