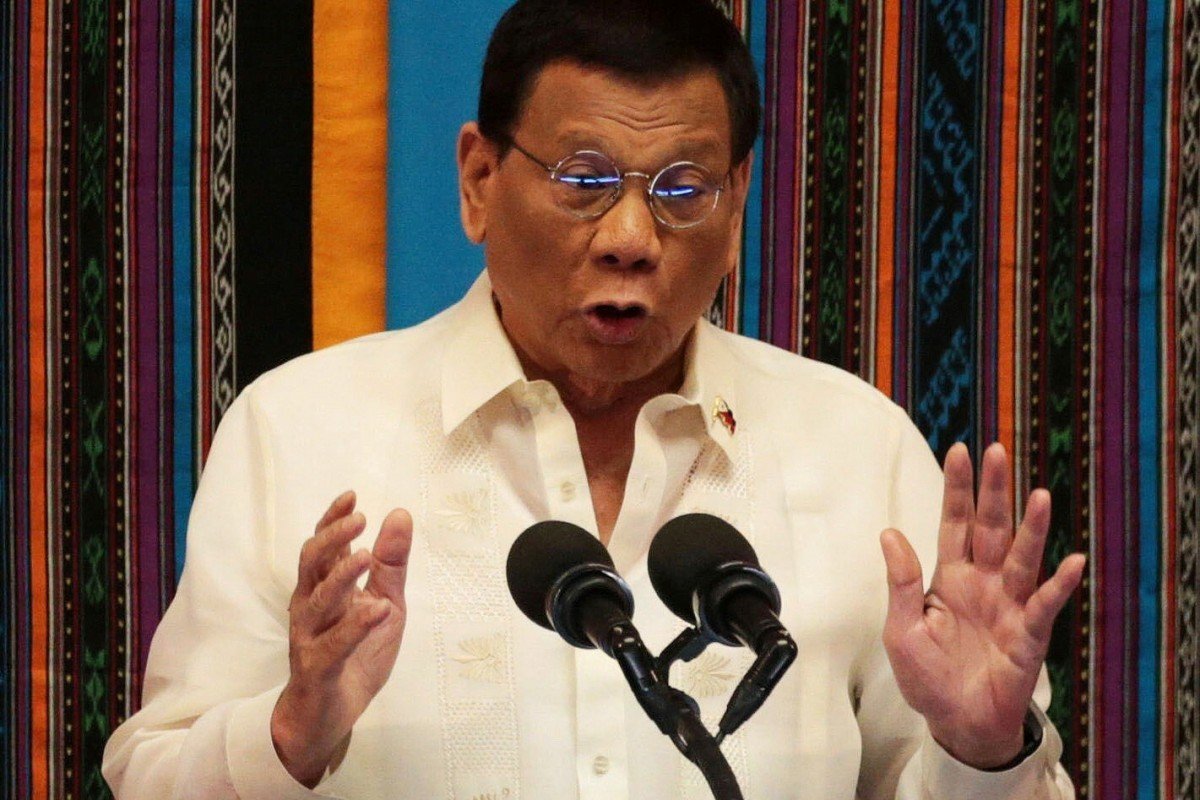 ‘Women age you’: is Philippines’ Duterte sexist, or a clever politician?

The Philippine president is once again in hot water, this time for sexist jokes with an old school friend. But a psychologist says he uses outrage for political gain.

He has cursed the Pope, called Barack Obama a “son of a whore” and boasted of molesting his household help. Now Philippine President Rodrigo Duterte
is once again in hot water for his inappropriate comments.

Recognising a local official as an old school friend, Duterte introduced the man saying: “We’re classmates but his time was wasted on, you know... He’s aged because, you know, sobrang babae [too many women] – that can really age you.”

The official responded with a pun, saying that far from having too many women a congressman had told him he was “undersexed” and that the cure was for Duterte to promote him from “under-sec” to secretary.

Later in the meeting, when the former classmate told Duterte a common friend had died of Covid-19, Duterte responded with a moment of silence, then an expletive, followed by the remark: “If that’s so it was because he didn’t get enough women”.

On social media, the exchange was criticised as sexist, tasteless and inappropriate.

Vice-President Leni Robredo was among those who criticised the remarks. She told ABS-CBN news: “For me during times where we are going through severe crisis the message is very important that we are giving utmost urgency to things that are really urgent.”

Dr Margie Holmes, a popular sex therapist and clinical psychologist, said the jokes were sexist and that Duterte’s behaviour was aimed at offending and agitating his critics.

“He’s a very savvy politician”, Holmes said. Cautioning that she wasn’t clinically analysing Duterte, she said he had a record of saying outrageous things to see what sort of reaction his words provoked. When Duterte’s words failed to produce a backlash, it gave “his critics a feeling of insecurity” and enabled him to push a political agenda such as signing controversial legislation.

However, presidential spokesman Harry Roque said on Monday the president was just having a “break from calamity”.

“You know, it’s really a habit of Filipinos that, when we go through extreme stress, we really try to make light of our problems. We shouldn’t begrudge him that. He’s seen one tragedy after another.”

According to Roque, “It’s not really anything beyond the fact that the president wants to more or less lighten the mood. Let’s give our president the chance to have a light moment.”

Since coming to power in 2016, Duterte has prompted numerous controversies with his use of vulgar language.

In addition to cursing the Pope, referring to then US President Obama as “a son of a whore” and boasting of molesting the household help while he was a youth, Duterte once ordered soldiers to shoot female communist rebels in their genitals.

“Remember”, Holmes said, “how when he was asked about his health, he responded by asking the reporter about the smell of his wife’s genitals? It’s the classic behaviour of a bully.”

Holmes said Duterte was “inspirational for some people who want to fool themselves into thinking he has the common touch, that he’s not like the other presidents we’ve had”.

She said things have sunk to such a level that “part of me, and I’m not proud to say this, has been desensitised” to the point that she told herself “at least these latest remarks aren’t as bad as the previous ones”.

According to Holmes, Duterte’s sexist jokes were “what people like to hear, at least the men”. Also, she said, “people are looking to laugh in the light of everything that’s happened”.

“If you are lazy and cynical, then you know this works, making macho jokes.”

But, she added: “I think it’s such a sad view of the common person when you think they will only laugh at sex jokes.”